A mixed-media biography of a fictional animation tycoon and his ill-fated theme park.
READ REVIEW
Next Previous 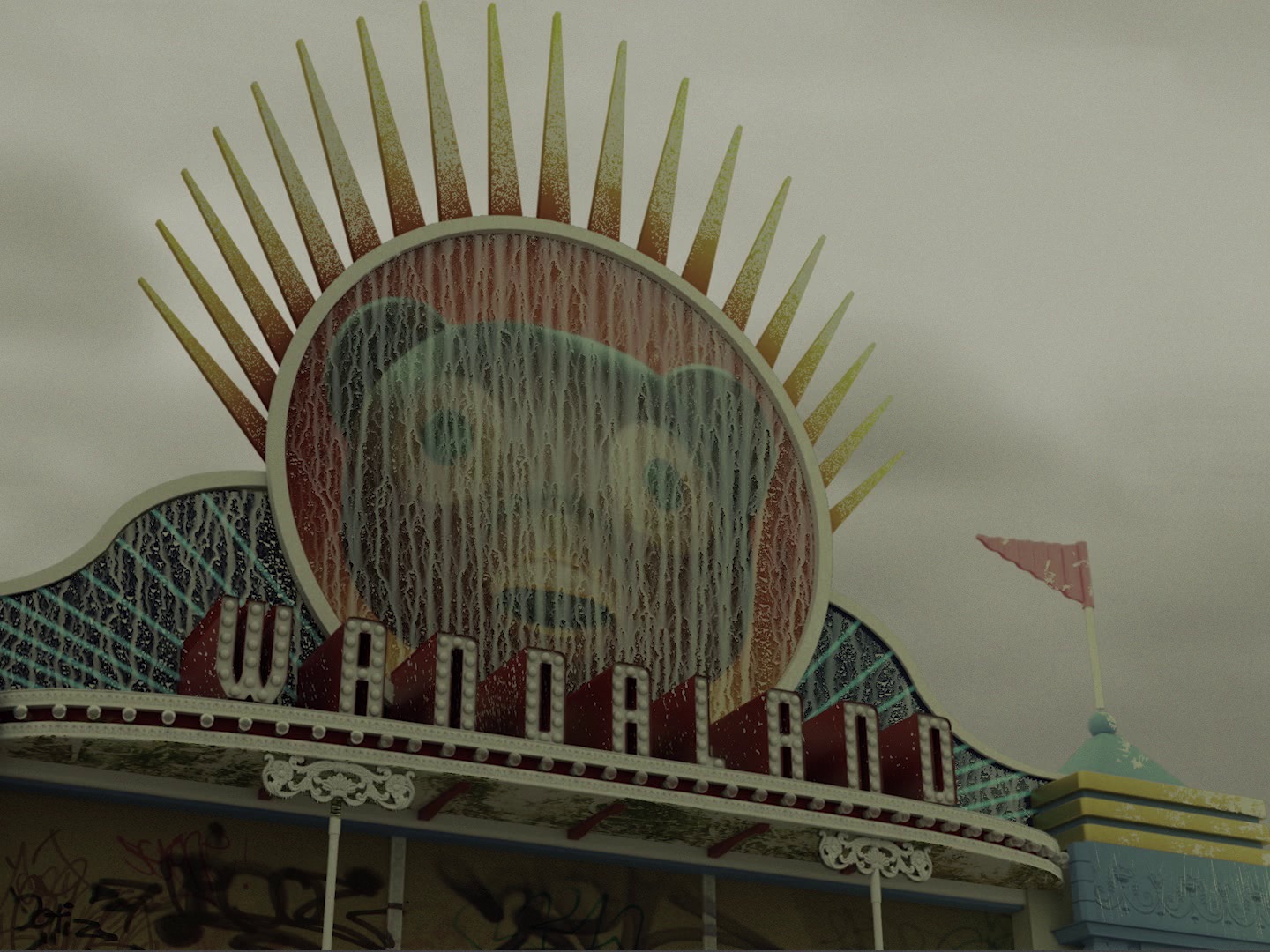 Inspired by Walt Disney and Howard Hughes, Richard Noble’s impressive Royal College of Art film Wandaland transports it viewers into the life of a fictional animation tycoon and his dreams of building a theme park to compete with Disneyland. “His character are known across the world, but few people have heard of John Wanda”, the opening lines of voiceover explain, over the next six-minutes Noble will present such a rich and detailed history of the man and his eccentricities, you might actually start to believe he truly existed.

“I found that image very evocative, and the film grew from there”

“I was reading a wonderful book by the media historian Norman M. Klein called The Vatican to Vegas: A History of Special Effects“, Noble recalls as we discuss the origins of his unusual story. “There was an anecdote about how Walt Disney had a secret apartment on Main Street, and he would live there while the park was being constructed. I found that image very evocative, and the film grew from there. Then I read about how Main Street itself was modelled on Marceline, Missouri, where Disney spent much of his childhood. I thought it would be interesting to combine that with the story of Howard Hughes, another entertainment tycoon, who retreated into his own fantasy life in a very different way”.

Describing Wandaland as an “experiment”, in a bold move Noble built his film around the physical absence of its main character. Citing Chris Marker’s La Jetée and its use of voice-over as a reference, the filmmaker instead relied on narration to paint a surprisingly complex picture of his fictional media mogul. Admitting he hoped the audience’s imagination would fill in any gaps, Noble playfully recreates the kind of archival footage you would expect to find in such an autographical piece to amplify the believability of his character, and your engagement in his film. 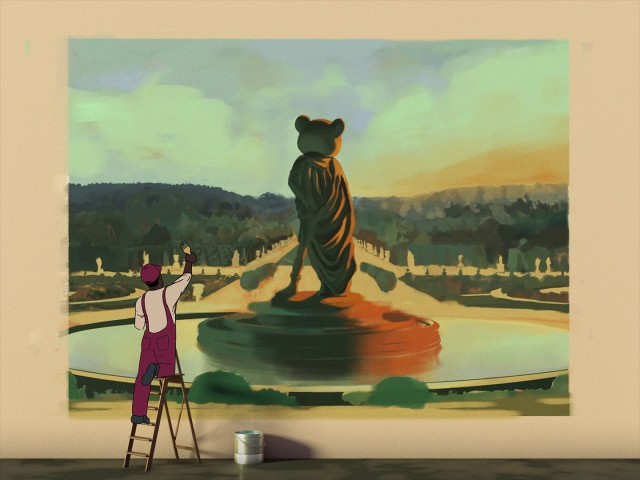 A combination of 2D animation, 3D animation, motion capture, live-action and photographic elements, while Wandaland impresses with its distinct narrative, it more than matches this storytelling flair with its erratic aesthetic. The mix of styles is impressive, with Noble describing it as a “culmination of all the different techniques I’ve taught myself over the past 5 years”. The ever-changing visuals add a certain psychedelic, dream-like feel to the short and while the filmmaker reveals his approach involved “throwing aesthetic coherence to the wind”, its hard not to be left somewhat awestruck by all that Noble packs into such a short film.

Wandaland was created in Noble’s first year of his Narrative Animation MA at the RCA. His graduation film The Sam Story, a black comedy about free will and white circular benches, looks like another impressive piece.