A brother guides his younger sister through the inner workings of their family business: embalming dead bodies.
READ REVIEW
Next Previous 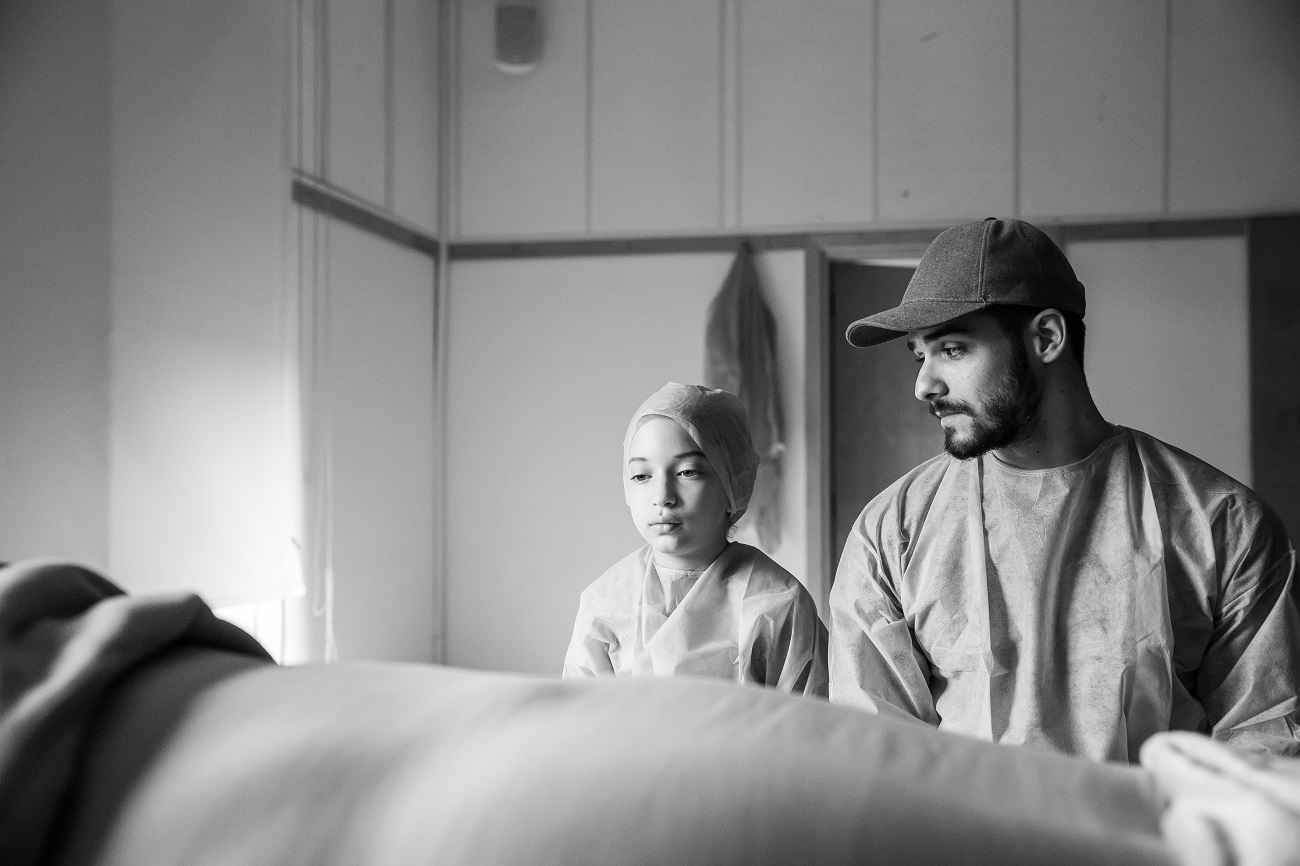 As an only child, the bond between two siblings is something I have always looked at with yearning, with those particular moments of sharing, where an older sibling passes down bits of wisdom to the younger one, triggering a strong emotional response in me. In Falling Leaves, writer/director/editor and lead actor Dimitri Yuri explores this idea through a story in which an older brother introducing his little sister to the unusual family business, embalming dead bodies.

Inspired by what he calls “the ultimate mystery of our condition”, and how death and loss are unavoidable parts of the human experience, Yuri wanted to use those themes as a canvas for his narrative, tackling them with a more factual and less somber approach. The absurdity of life fuelled Yuri’s imagination when he penned the script, which he injects with a certain sense of humour to lighten the mood.

The absurdity in life dictates the tone of the film, with that touch of humour within the short opting for a more subtle, thus more effective approach. As they perform a series of tasks, which would be unusual for most people except morticians, the pair hold a typical sibling conversation, featuring the kind of existential questions kids usually ask at the most inconvenient moments. The nature of their activity and the heaviness of their conversation contrasting with the banter of their relationship to allow the audience to appreciate the film for all its layers.

Shot in black and white, the aesthetic of Falling Leaves echoes the bleak nature of the character’s activities. Yet despite the starkness of the context, Yuri steers clear from melodramatic tropes, sticking to a realistic narrative that pushes the audience to navigate all the emotions at play. The simplicity of the scene unfolds at a compelling pace, following the rhythm of their activities, and what the older brother is here to teach.

There is obviously a deeper meaning here and it organically reveals itself to the viewer without having to use any distractions. After spending such a short time with his two characters, Yuri packs an unexpected final punch to his story. With that “reveal” feeling like an emotional bombshell in the atmosphere he has created, once more he delivers it in a subtle way, granting the audience room to process it and let it sink in.

Ultimately, it is the two performances that successfully bring the depth of the screenplay to life. Both Yuri as the older brother, and Trinity Etheridge as the younger sister, share an uncanny chemistry that immediately introduces us to their characters, and most importantly their bond, without unnecessary exposition.

Etheridge brings a palpable innocence and remarkable sensitivity to her character, all the time maintaining the playful banter with her brother. Their relationship is explored just as much through their lines, as it is through the way they behave and respond to one another. Yuri also plays the different shades of the older brother and the adult in the room with a moving authenticity that ultimately makes the ending so poignant.

Proud to be featuring the online debut of Falling Leaves on Short of the Week, Yuri, already an established writer/director in the commercial sphere in Qatar, is currently finishing a short documentary about Indian artist M.F. Husain and working on the screenplay of a new narrative short.