A woman navigates the trappings of both conventional and modern female roles over the course of one day in Baku, Azerbaijan.
READ REVIEW
Next Previous 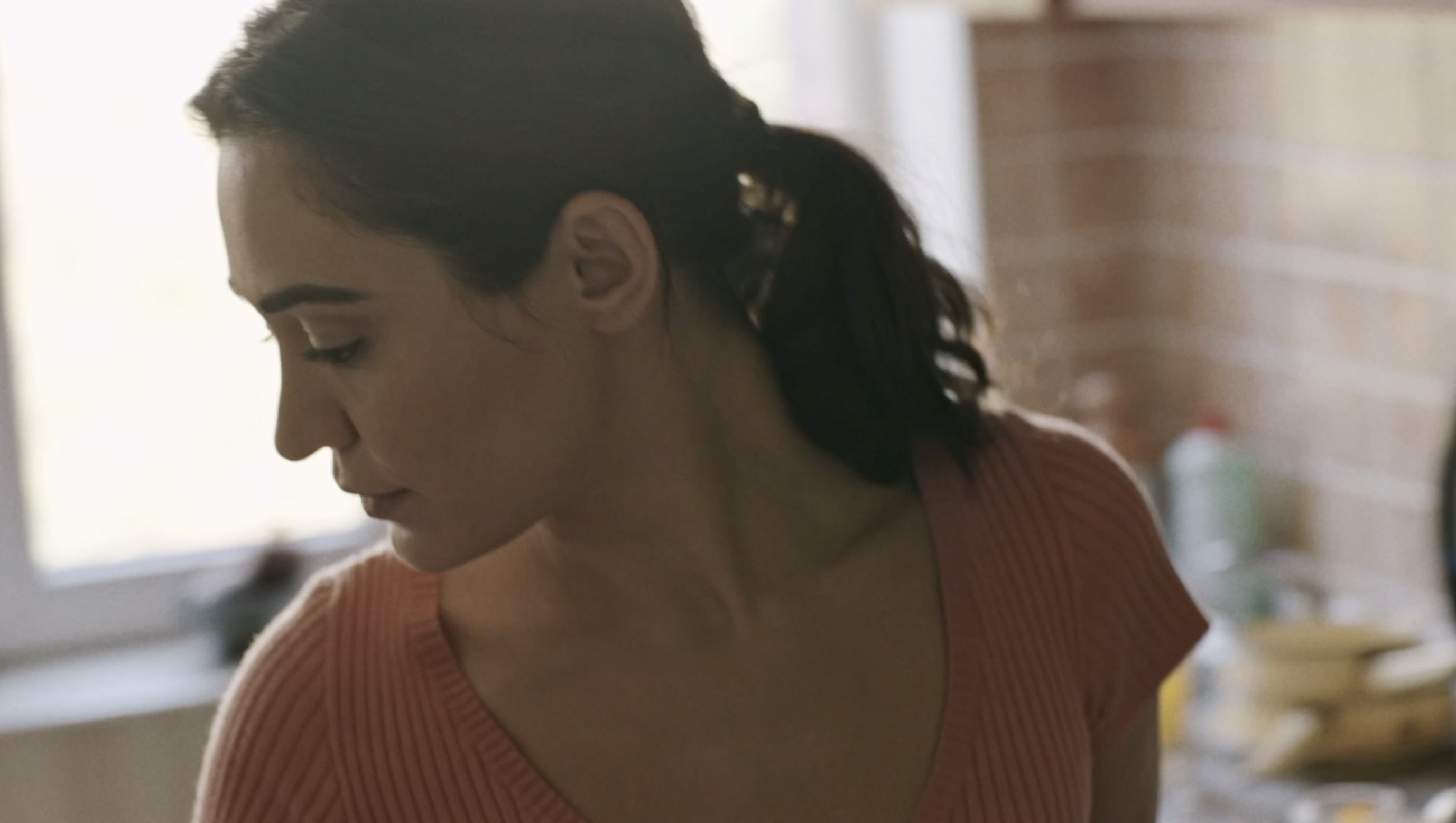 Set over the course of one day, Tahmina Rafaella’s Azerbaijani short Qadin (A Woman) follows a modern young woman as she juggles her different roles as mother, wife and daughter. Stuck straddling a space between choice and expectations, while also trying to find room to be herself, Rafaella’s film (she takes the role of writer/director/producer/lead actor) expertly depicts a character burdened by the weight of the different layers of responsibility placed upon her. Told with a moving authenticity, this 13-minute short is the first we’ve featured from Azerbaijan and once again proves how powerful a truly universal narrative can be.

As a female filmmaker, the inspiration to tell the story of A Woman came very naturally to Rafaella. After witnessing generations of women getting close to no credit for all the work they did as mothers, daughters and wives, she admired how they always showed strength and resilience and took this as motivation to pen her film.

By choosing to focus on only one character and flesh her out, the director has created a strong and captivating female lead. What makes her so relatable though, is that instead of creating a character with extraordinary abilities or achievements, she opted to bestow her with empathy, wisdom and caring qualities. This slice of life approach makes the story simple and genuine and makes her character one easy to invest in.

What I found particularly fascinating about A Woman was the crossroads and paradox Rafaella places her central character in. Trapped between traditional societal expectations and more progressive ideas, the filmmaker intentionally echoes the Azerbaijani culture, which she describes as “simultaneously Muslim and secular” and as “progressive as it is traditional”, within her storyline.

By making her story all the more emotionally engaging, Rafaella reinforces the strength of her character and highlights that for a young woman in this culture, it doesn’t all have to come down to responsibilities. Her character makes her own choices and is very much present and at the forefront of the household, genuinely being a rock for her family.

The film is rather lacking in conventional undramatic, but it’s the genuine mundanity of the events that make it so effective. Nothing outrageous happens to our lead, she is not being outright disrespected, but instead it is a series of minor incidents that slowly build up and dictate the pace of the film. The tension may not be overt, but the audience feels the struggle, juggling all the different roles she takes on, you feel like something may snap, especially as more and more gets thrown in the mix.

Ultimately, there is an emotional climax though and it is one that is truly surprising in just how compelling and moving it is. The film’s impact comes from showing how powerful a simple “thank you” can be and as the film wraps with this perfect closure, we get to join Rafaella’s character in ending her day on an emotional and positive note.

The title of the film, A Woman, is a testament to how universal Rafaella wanted her story to be. Using the name of her main character would have come as no surprise and it is through the mundanity of her daily routine that the audience gets emotionally engaged and begins to understand that this isn’t the story of just one woman.

The success of A Woman relies heavily on Rafaella’s own performance and the authenticity of her script, to convey exactly what she had in mind. Scene after scene, it is through minor, inconsequential events that we discover Leyli, yet the subtlety of the writing and the sensibility of her performance develops the character in an unexpected and very meaningful way.

In addition to wearing so many hats behind the camera, Rafaella’s work in front of the camera is remarkable. Though her character has very few lines of dialogue throughout the film, she hits all the emotional beats, the ups and downs, of Leyli’s day perfectly, building emotional depth throughout and magnifying the intense sense of relief in that last scene.

A Woman was available for a short window of time during the Palm Springs ShortFest 2020 where it premiered, but we are now happy to be able to share Tahmina Rafaella’s directorial debut here on Short of the Week. The filmmaker is currently working on a feature script, based on real events, it is focused on the toxic societal environment and the double standards imposed on women in modern day Baku.