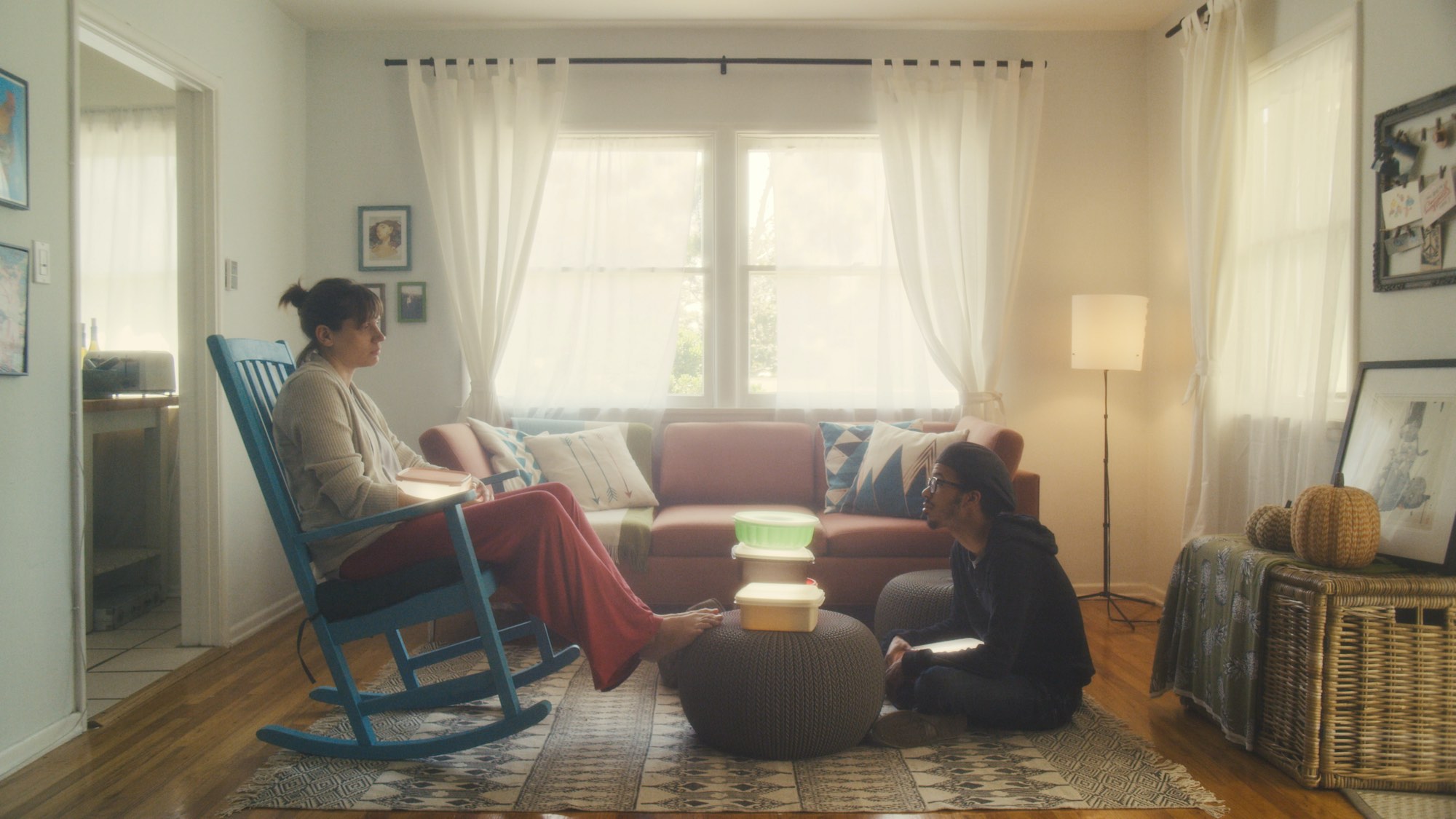 What’s your favourite sound? The first few that pop into my head include the crackling of tiny crumbs going up the vacuum cleaner, the light taps of your dog’s claws on the hard floor and the calming whirr of a fan on a sticky afternoon. Hearing is a sense that often gets overlooked, regularly playing second fiddle to sight, yet they’re so intertwined (can you think of the sizzling of bacon being fried, without picturing it crispening up in the pan?), they’ve almost evolved into one.

Directed by brothers Seth and Ben Epstein, Something Like Loneliness puts sound centre stage and celebrates its superpower to transcend space and time, by diving ears first into its emotional depths and allowing the audio waves to wash everything else away. Based on an award winning short play by Ryan Dowler, the 13-minute dramedy brings crafty in-camera effects and committed performances together into a quirky symphony of melancholy that thinks outside the Tupperware box and echoes long after the credits roll.

Something Like Loneliness tells the story of singletons Mia and Dan, two strangers living in the same building brought together by a shared longing to fill the emptiness around them with sounds from happier times. We get a glimpse into their lives, but also their most private thoughts and passions, and the result is intensely compelling.

Seamlessly jumping between different locations and moments in time, the film’s energy never quite settles, reflecting the fleeting and electrifying nature of memories – one minute bringing back the warmth of love and then quietly breaking your heart the next. Given that sound plays such a vital role in the premise, it comes as no surprise that special attention has been given to the sound design, so if possible, we highly recommend using headphones, as this is foley at its finest.

I have to confess that as a bit of an ASMR enthusiast, watching Something Like Loneliness was such a sensual overload that I often had to fight the urge to close my eyes and just sink into the rich soundscape. But sticking with the visuals is certainly worth it.

“We wanted to share a message of kindness, communication, and the importance of embracing genuine connections with your neighbors”

Using wipes and practically undetectable cuts, the team have managed to capture the elusiveness of sound and translate it visually with remarkable accuracy. This level of believability grounds the fantastical concept, but not without the help of the lead actors Lee Eddy and Marco Joseph, who shine as Mia and Dan. Delivering pitch-perfect performances as the bruisingly vulnerable pair, you can’t help but share in their joy and their sorrow, as they unlock their secrets and grow increasingly real.

“In an era of closed doors, we wanted to share a message of kindness, communication, and the importance of embracing genuine connections with your neighbors, near and far” – the Epstein duo shared with S/W. It’s a beautiful message and a beautiful film. I just wish there was more of both.