Mutsumi is an amphibian sea creature desperately trying to be accepted and find happiness in the human world.
READ REVIEW
Next Previous 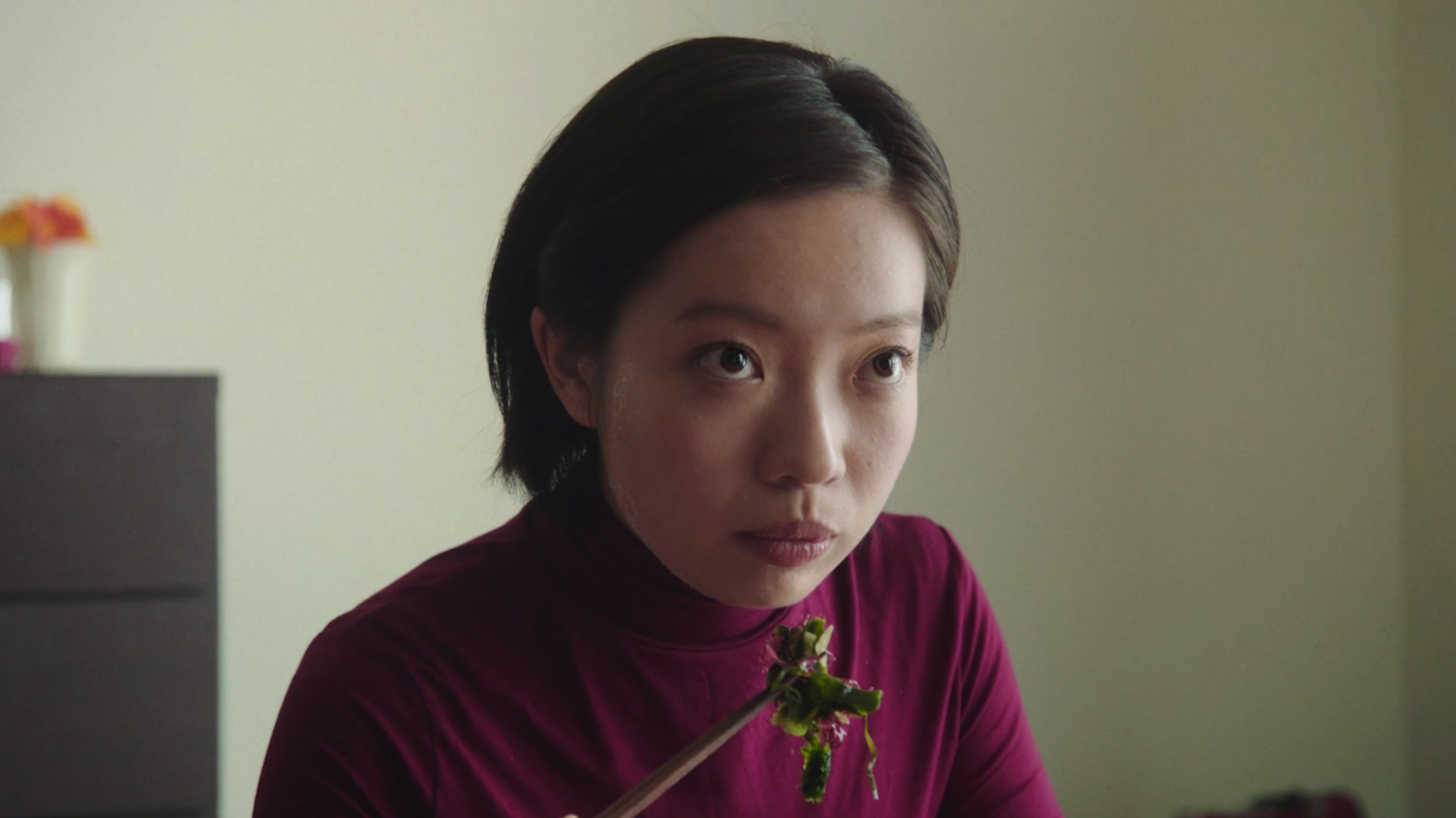 Like most of my S/W colleagues, when it comes to shorts, I keep a secret checklist in my head of all the things I look for in a film. I long to be surprised and compelled, to sink so deeply into the story that everything else hits pause, to taste the raw emotions tickling the back of my throat and feel the approach of a laugh before it reaches my lips. And, to my delight, with its charming aesthetic, affectionately crafted eccentrics and immense pulling power, The Walking Fish ticks most of my imaginary boxes. Directed by Thessa Meijer, this 19-minute short welds light-heartedness and heartache into a fantastical, yet hugely relatable tale about ambition, obsession and self-acceptance. The result is an oddball masterpiece which fills you with sunshine and a tinge of sadness.

The Walking Fish is the story of amphibian sea creature Mutsumi, who gets adopted and raised by a man and his young son. Her all-consuming desire to evolve into the perfect individual is so powerful that it gradually transforms her fish-body into a human one. But the more she tries to succeed in the human world, and the more she denies and pulls away from her natural habitat, the harder it is for the young woman to feel content and find happiness.

Framed as a chronicle of Mutsumi’s life, told through mock interviews with the people whose lives she touched, Meijer has brought this mythical creature’s story to life with vibrancy and admirable fastidiousness. From the perfectly symmetrical shot composition to the slow, dramatic zooms, every single scene appears to have been meticulously planned and choreographed. This level of painstaking precision is both thrilling and oppressive, alluding perhaps to Mutsumi’s feelings towards the human world that she so desperately tries to fit in – a clever device since the main character is denied her own voice.

“The mutsugorous almost seemed like the missing link in evolution”

The idea for The Walking Fish came to Thessa Meijer when the Dutch director was preparing for her art residency at the Holland House project in Saga, Japan. One day, when she was researching the area online, she spotted a mudskipper (mutsugorou) and she was instantly fascinated by the strange creature.

“The mutsugorous almost seemed like the missing link in evolution – as if they were halfway through becoming four-legged terrestrials, but lost interest along the way and decided to stay as they were: walking fish”, the directors recalls as we discuss the origins of her story. “What if one of the mutsugorous is unsatisfied in its current shape, curious and ambitious to evolve?”, she adds – which in turn led to the birth of the main character of the film.

By grounding this syrupy-sweet fairytale with one of the most acidic human traits – to turn ambition into obsession – Meijer has created a bittersweet cinematic bonbon that some might find difficult to swallow. For me, however, The Walking Fish serves as a delightful reminder to pause, breathe and maybe even give myself a little pat on the back for doing my best and for being loved. After all, isn’t that what life is all about?