An old handheld camera disrupts the chaotic bedtime routine of a single mother and her young son.
READ REVIEW
Next Previous 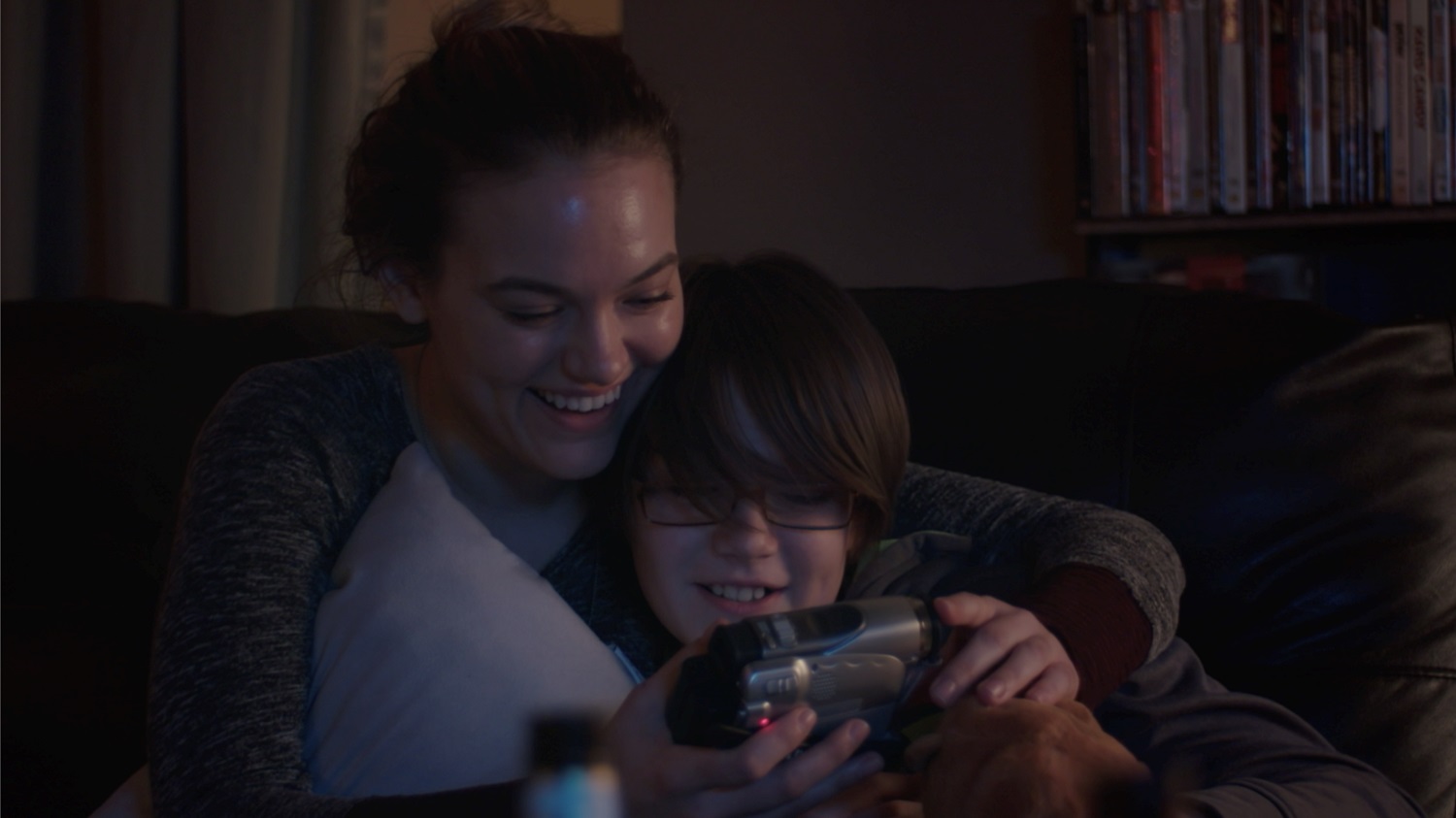 No matter how hard we try, unresolved issues from the past always seem to catch up with us. For Hayden, the young boy in Pisie Hochheim and Tony Oswald’s touching short Handheld, buried emotions are resurfaced through the discovery of an old video camera. Eager to go down memory lane, he watches the home video with his Mother and when they eventually stumble upon footage of Hayden’s absent father, they are both left distraught. Blurring the line between fiction and documentary, as the narrative is not only personal, but also based on a true story, Handheld portrays an uncomplicated premise with emotional sensitivity, making for a relatable and moving watch.

The film is based on a story by Crystal Oswald, Tony’s sister. Written after going through a similar event with her son Emery (who actually portrays Hayden), when hearing the story the directorial duo (who are also married) were not only moved by its personal dimension, but also acknowledged how emotionally powerful the situation is.

By choosing to create a fictionalized narrative based on the actual conversations between Crystal and her son, the pair allow their film to dramatize the emotional journey, while retaining a greater sense of control over the narrative arc. Revisiting not only the events, but how it felt for the two characters, they chose to use real found footage in their short to add to the genuine feel of the piece. To emphasize the link between past and present they even shot some scenes with the handheld camera, playing with time and echoing the mother’s emotional state.

From the very beginning, the film has a very homely feel. Between the 4:3 ratio, the color palette, and the set (Emery’s actual home), there is an immediate intimate atmosphere that comes off as extremely natural – for obvious reasons. The film was also shot with a small crew, allowing Emery to feel comfortable being on screen, with such personal material.

Most would have been tempted to overdo it when reliving such a personal moment for camera, but Emery stays true to his character. With Jordan Gosnell, who portrays the mom, they share a genuine chemistry from the opening scene, offering the audience a good window into their life and their bond. Hayden may be a child, but it is obvious he is also focusing on his mother and how she is handling the situation. This empathy is contagious and truly amplifies the emotional depth of the story.

When Hayden finds the camera, the significance of this old object, put away a long time ago, delighted me. Disrupting their regular evening at home, the camera not only acts as a cold blast from the past, but it also represents a chapter of their life that she has hidden away. The fact she didn’t destroy the tape shows it’s not something she wants to totally forget, but it’s obvious she didn’t want her son to find it, at least not now.

Despite the story being based around the son’s discovery of these confusing memories, the mother is ultimately the main character in Handheld. As an audience, we follow her emotional turmoil over the rediscovery and Gosnell beautifully brings the script to life with an extremely compelling performance. The viewing of the tape brings mixed emotions for her, as any parent loves to watch old footage of their child when young, but she’s obviously still hurting from the absence of her previous partner. Pulled in different directions, while trying to protect her son at all costs, Hochheim and Oswald do end their film on a moving and relieving note, as we watch her make a decision and actively choose how she wants to handle the situation.

Hochheim and Oswald are spending their quarantine working on a short film and feature, that they are shooting at their home, while also working on another feature screenplay. Hochheim is also currently editing a documentary and A Dim Valley, a feature that Oswald produced and was co-edited by the pair, is still on the festival circuit.