In an underground city, where services such as healthcare and law enforcement are delegated to local vending machines, a man finds a crafty way to buy a cheap meal.
READ REVIEW
Next Previous 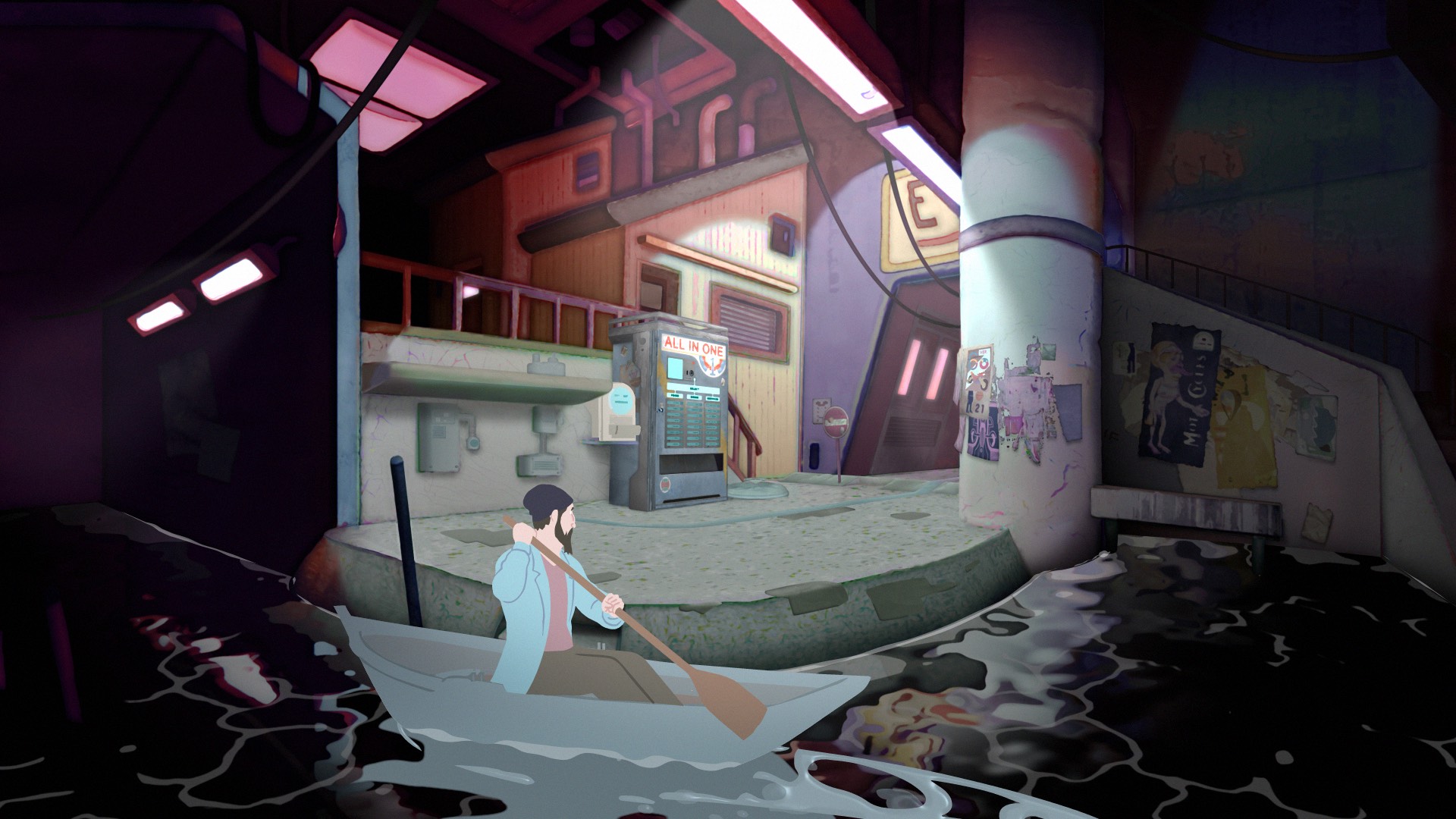 Inspired by the surreal vision of an animal using a vending machine, Robert Findlay’s Change Return portrays a dystopian world where people live underground and are serviced by smiley-faced, urinal-shaped, floating robots. The story of a hungry man, trying to survive in this brave new world, Findlay’s 5-minute animation paints a vivid picture of a future where technology can fix anything (even dismembered pigs), at a price.

“I often read articles about animals adapting to cities and started to wonder if an animal could learn to use a vending machine”, Findlay explains as we discuss the origins of his story. “I felt this scenario would have some interesting components, such as the interaction between human, animal and machine, and their compassion for each other, whether real or programmed. When I first thought of this story I could vividly imagine the world it would inhabit and I wanted to see that realised”.

It’s interesting Findlay mentions how vividly he could envision the universe of Change Return, as if I had to boil it down to the one crucial element that made us want to feature his film on S/W, it would be the world-building. Dystopian worlds have been done to death, so to portray one that feels authentic and unique is no mean feat. The idea of having severed limbs replaced at a vending machine is obviously far-fetched, but in his world it’s believable. This is a world where technology helps humanity with anything from hunger to law & order and though the robots in Change Return never “rise-up”, you’re never sure how well they’re servicing humanity (or maybe we get exactly what we deserve?).

Created in his spare time, Change Return combines hand-drawn 2D with 3D animation and though the aesthetic doesn’t initially feel particularly inventive or novel, again it’s the attention to detail that lifts the piece and engages the audience. The way the virtual camera moves through the world lends an immersive perspective to the story, taking you on a whirlwind journey through this well-painted universe, as the story unfolds at a breakneck pace. This is a story where a pig gets human hands – but again I want to commend it for how believable it feels.

Findlay is now in the “early stages” of creating another short film, although this time he is hoping to secure funding, so he doesn’t have to spend all his spare time animating.