While at a sleepover with a socially awkward, mysteriously orphaned heiress, a young woman learns the hard way that her newfound companion always gets what she wants
READ REVIEW
Next Previous 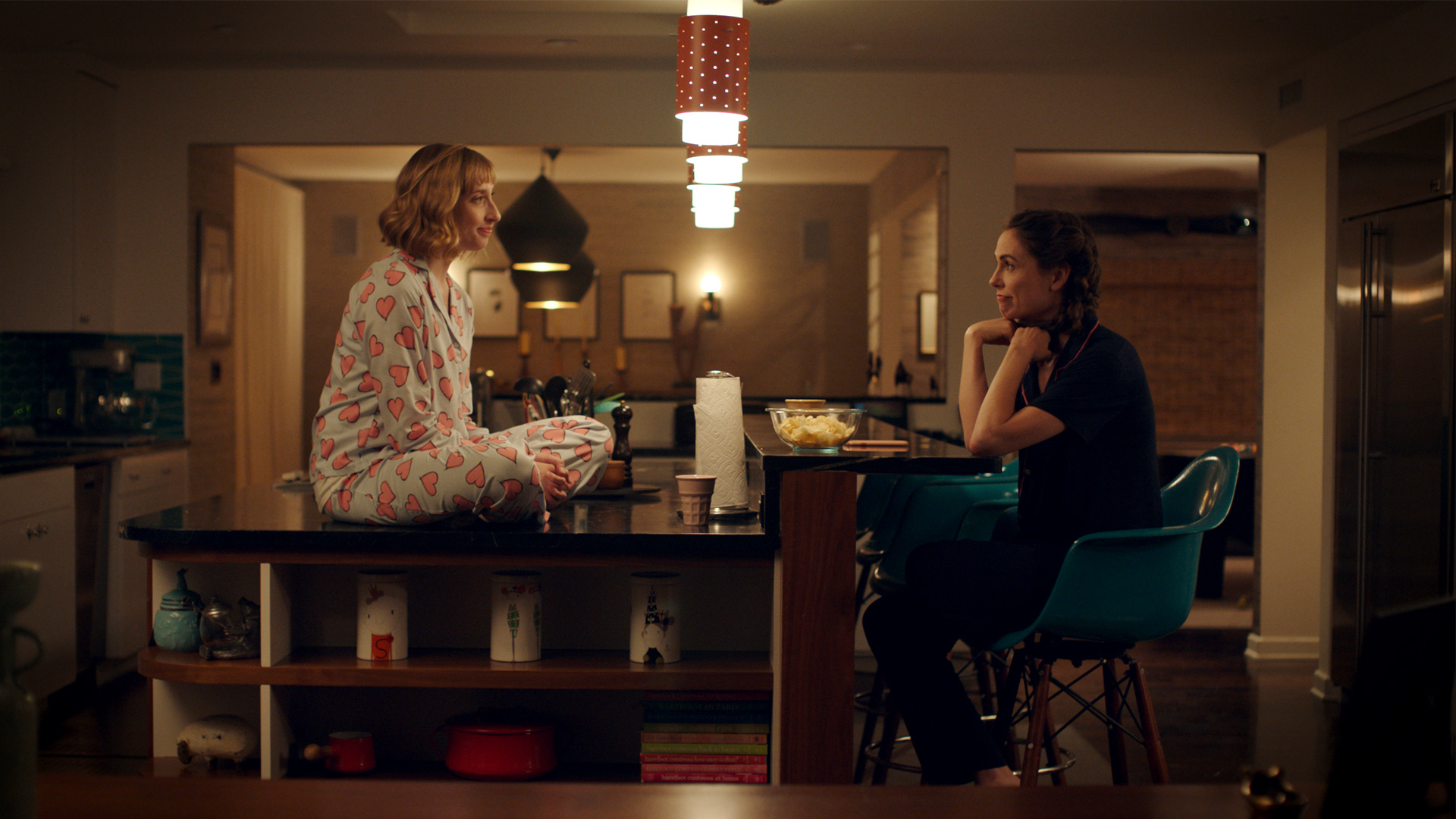 Sharp, fast-paced, and hilarious, Waffle is a film that defies both classification and expectation. It’s part high concept comedy…part technocratic late capitalism nightmare…part b-movie horror. As a short film curator, I’m constantly in search of a driving sense of pace – a film that is able to consistently feel fresh across its run-time in order to prevent a viewer from clicking on their Twitter feed, beckoning them from the next tab over. In that sense, Waffle feels delightfully frantic, constantly evolving on a minute by minute basis, transitioning fluidly between genres while also keeping the viewer guessing with unexpected plot reveals. Miraculously it all works, driven by confident direction from filmmaker Carlyn Hudson and a clever script from co-writers and co-stars Katie Marovitch and Kerry Barker.

Waffle was supposed to play at this year’s SXSW and I’m truly bummed I didn’t get to watch this one with an audience. It just feels like the perfect crowd movie: energetic and funny, yet still brimming with unexpected tension. Things are punctuated by genuinely shocking gross-out moments and gasp-inducing reveals. Waffle never lets up, both in its mad-cap pace or surprisingly complex plotting. Horror/comedy hybrids are quite tough to get tonally right – after all, it’s hard to make you simultaneously crack up and squirm in your seat. Leave it to a team of College Humor veterans (I’m a Katie Marovitch stan from way back) to pull it off.

Waffle also manages to be “about” something. It’s jokey and overtly comic, yes, but the film is digging at a lot of bigger socio-political issues, from income inequality to social status to female friendship. In a world where people are frequently seeking human connection (even more so in the midst of a global pandemic) and brands are hyper targeted to millennial ennui, is it really so far fetched that an “Uber for friends” would exist? Waffle imagines an alternative reality that is fanciful, yet grounded enough in the “real world” that it manages to tug at authentic feelings and emotions. Again, it’s a tough balancing act that works thanks to sharp writing and strong performances.

As director Carlyn Hudson writes to Short of the Week:

“For me as a director, I was intrigued by the tonal challenge of blending absurdist humor with horror — that’s not an easy line to walk and it was constantly at the forefront of my decisions, both in production and post. The comedy could never cross into the ‘broad’ category and every frame had to convey a sense of unease, even when I wanted the audience to laugh.”

Although its festival life was most likely cut short to COVID, we’re certainly glad we get to share this one with a wider online audience.