A queer sci-fi about 10 aliens in human host bodies learning how to be men, on a mission to impregnate human women and perpetuate their species.
READ REVIEW
Next Previous 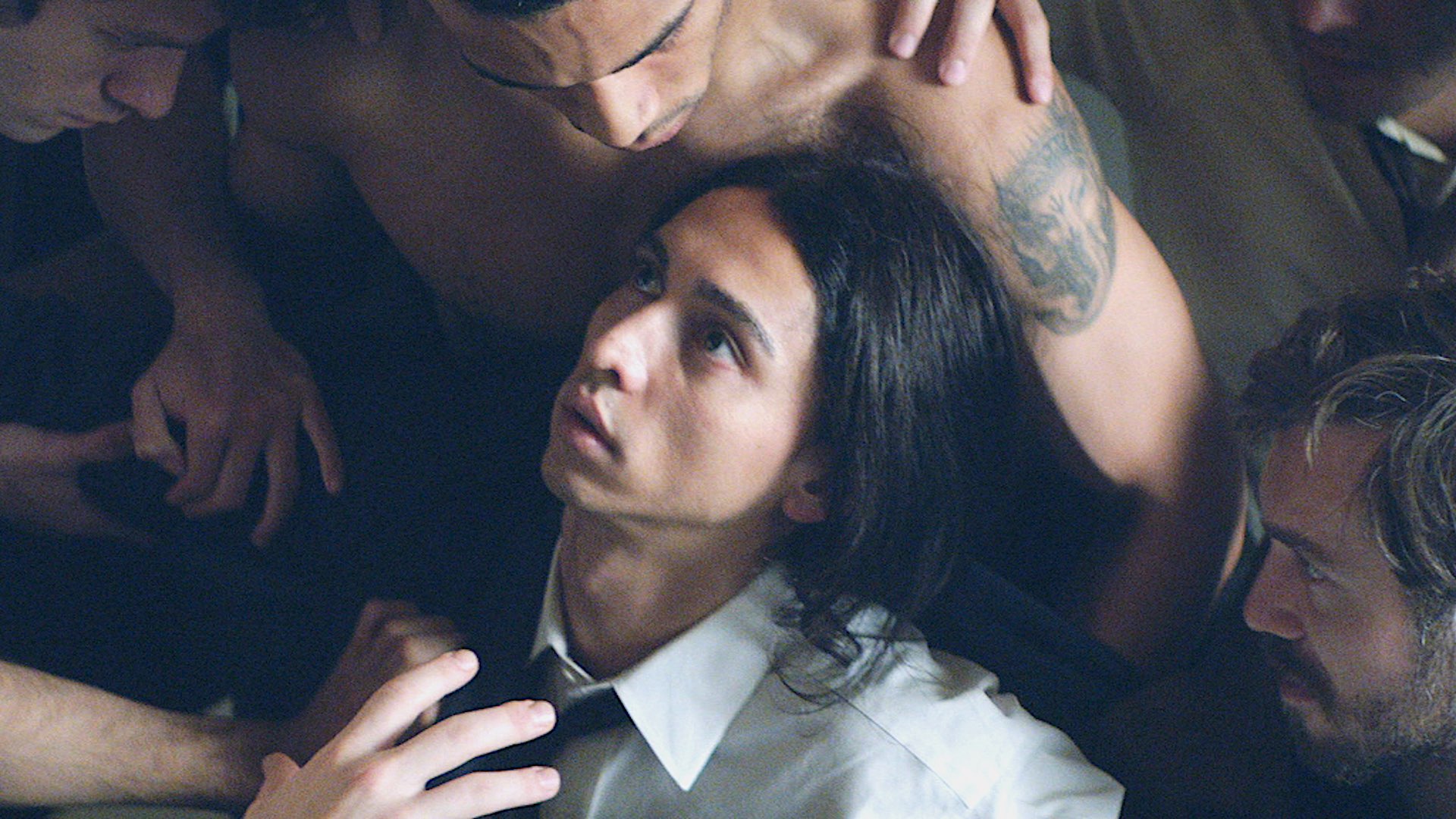 Billed by its director as a “coming-of-age story about coming to terms with the ways you’re different”, Dominant Species is a remarkable short film that mashes up queer themes with absurdist comedy and even incorporates elements from performance dance film. That its wide-ranging influences sit with perfect comfort inside a schlocky sci-fi premise is a testament to the flexibility of speculative fiction but, even more so, it demonstrates the uniquely subversive power of the genre. Sci-fi may preoccupy itself with the future, but it always really about the present, and director Joseph Sackett has crafted a deeply resonant film that fruitfully engages with contemporary discourses surrounding identity and its social construction. These themes seem heavy for a short film, but Sackett naturally weaves them into the narrative as to not conflict with its inherent entertainment value. It is a delicate balancing act, the unalloyed success of which makes Dominant Species one of my favorite short film releases of the year.

The films opens with 10 glowing balls of energy (very sperm-like in their form) descending upon the blue marble of Earth. Entering a non-descript room, they possess the bodies of 10 males arranged on the floor. An unseen voice directs their actions as the aliens are instructed on how to acclimate to their new bodies. Tellingly, their first directive is “to dominate” as they immediately set upon one another violently.

Most of the film is an examination of these new hosts’ process of familiarization with the peculiarities of humanity and education in masculine stereotypes. This process is not played for laughs, but is deeply funny nonetheless, as our hapless aliens are newborns in adult bodies, completely flummoxed and fascinated by the most simple of processes. Indeed this vision of estrangement was what inspired the film, as Sackett tells us, “I kept getting this image of a group of people sitting at a table learning how to eat. And I thought: ‘Why wouldn’t they know how to eat?’ That’s where the idea of aliens in human host bodies came from, and the story grew from there.”

Referred to only by numbers, “10” (Julian Cihi) is the alien of focus in the film. Originally a simple part of the ensemble, the film shifts more and more towards his perspective as he finds himself increasingly confused and resistant to the exaggerated masculinity he is directed to perform. Why does his gaze linger on the undressed body of his fellow alien? Why does he cut himself to apply the blood to his lips as coloring? It is not a subtle presentation of the quandary, but it is undeniably interesting due to the context of the film—Sackett is able to raise pointed questions about sexual and gender formation via the absurd defamiliarization of his premise. Each alien is a clean slate and the process of their forced education is a brilliant entry-point for satire on numerous aspects of straight culture.

“In a lot of ways, this movie is me reflecting on my own queer adolescence,” Sackett admits. Dominant Species does not seek to resolve “nature vs. nurture” debates, but through its resolutely unnatural premise, it is able to more keenly explore the alienation of growing up queer and the cultural pressures of conformity that so many of his community find themselves pushing back against. I would not say that the film is necessarily “deep” but it’s incredibly smart, and warrants deep readings, with many clever digs at diverse topics such as the utilitarian perspective on sex, to toxic pickup artist tactics.

We encountered Dominant Species off its selection to Slamdance 2019, and invited Sackett to present the film at our Swirl event last summer. After a long wait, we’re happy to premiere it to online audiences today for the first time. Since the completion of the film, Sackett has successfully shot his debut feature, Homebody, which is currently in post-production. Influenced by Dominant Species, that film is about a little boy who gets to live as a woman for a day when he sends his spirit into his babysitter’s body. We have high hopes for the project and encourage you to look for it on the 2021 festival circuit.