May 2017. The city of Breaux Bridge, Louisiana, is the theatre of the mythic Crawfish Festival. It’s just another day, in America.
READ REVIEW
Next Previous 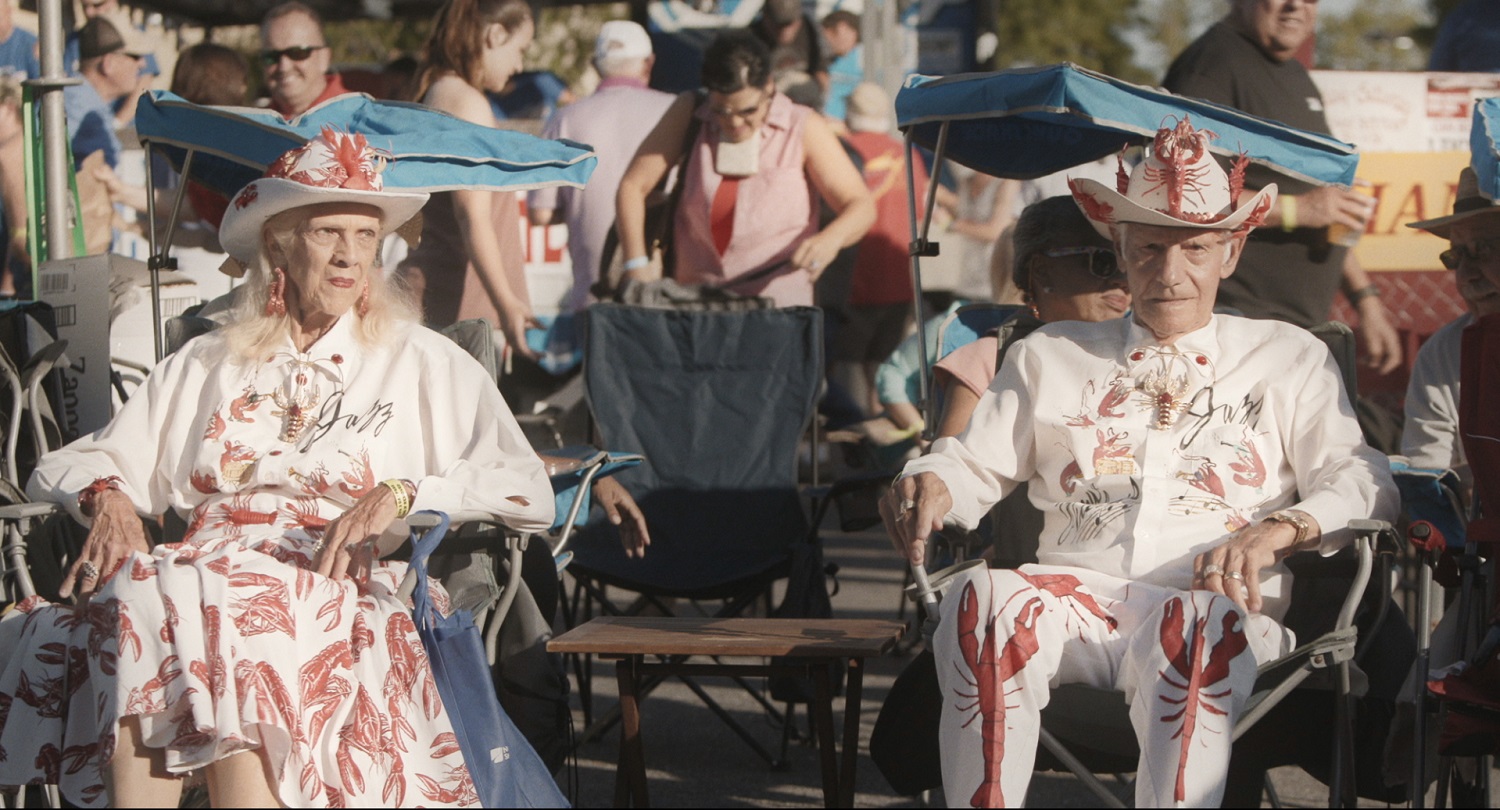 Every May, the city of Breaux Bridge, Louisiana turns into a Mecca for Cajun culture aficionados with a three day event: the Crawfish festival. Roller coasters, live music, dance contests, pageants… all the elements of a true American celebration. Allowing us to witness this truly unique event, as if we were there, Acadiana by Guillaume Fournier, Samuel Matteau and Yannick Nolin projects a travel-like adventure to the comfort of your computer/phone screen – an experience we all probably need more of at the moment.

Fournier, Matteau and Nolin, three established filmmakers from Quebec City, were actually in Louisiana shooting another project when they randomly discovered Breaux Bridge and its Crawfish Festival – talk about serendipity! Immediately taken by the unique and beautiful atmosphere, they knew they couldn’t let the opportunity pass and had to capture the happening on camera.

“This decision was made out of instinct”

“We decided to suspend our other filming in order to focus on this event and on the people who were part of it. This decision was made out of instinct”. The trio explain as they discuss how it all came together. And, personally, this kind of documentaries captivates me. When everything happens by chance and there is close to no control, it can of course by risky and easily turn into a failure, but when it works there’s a real magical feel to it. I’m not superstitious but this film was clearly meant to be.

The three directors ultimately decided to recreate their own adventure of discovering the festival through their film, employing an approach that favours the emotional experience, over a more informational one. They play with the codes of the documentary genre to capture the atmosphere down in Breaux Bridge, but never shy away from stirring the audience in a certain direction to create a narrative out of an experimental film.

Watching the film definitely felt like travelling, which is a welcome distraction these days. The film transports its viewers, and all three directors with their different hats (Fournier is also credited as the writer, Nolin as the DP and Matteau as the editor) made conscious decisions to help bring the festival to the audience.

With the photography, instead of using wide shots and showing a general perspective of the event, they focus on specific details that attendees could easily miss, but now feel paramount to capturing the essence of the festival and engaging the audience on a personal level. The location sure is cinematic, nonetheless Nolin’s framing is simply gorgeous, with any single frame from the short suitable as a perfect postcard for the event.

Filming in accordance with the schedule of the festival, it was only while editing that the main subjects and the main narrative line, they would structure their film with, became apparent. Another element of post that became essential to the success of Acadiana was the score. The main tool to move the story along and provide the film with momentum, it pairs with the visuals to control the tone of the film, and its dark turn.

Acadiana made its way around the festival circuit in 2019, with notable stops at Slamdance, Clermont-Ferrand, Regard and Hot Docs. Should you want to stay in the Deep South a little longer, the other short film the three directors were initially down in Louisiana to shoot, Laissez les bons temps rouler, is already available online.