A young Armenian bride's relationship with her husband is put to the test on the first day of their marriage when her mother-in-law interferes.
READ REVIEW
Next Previous 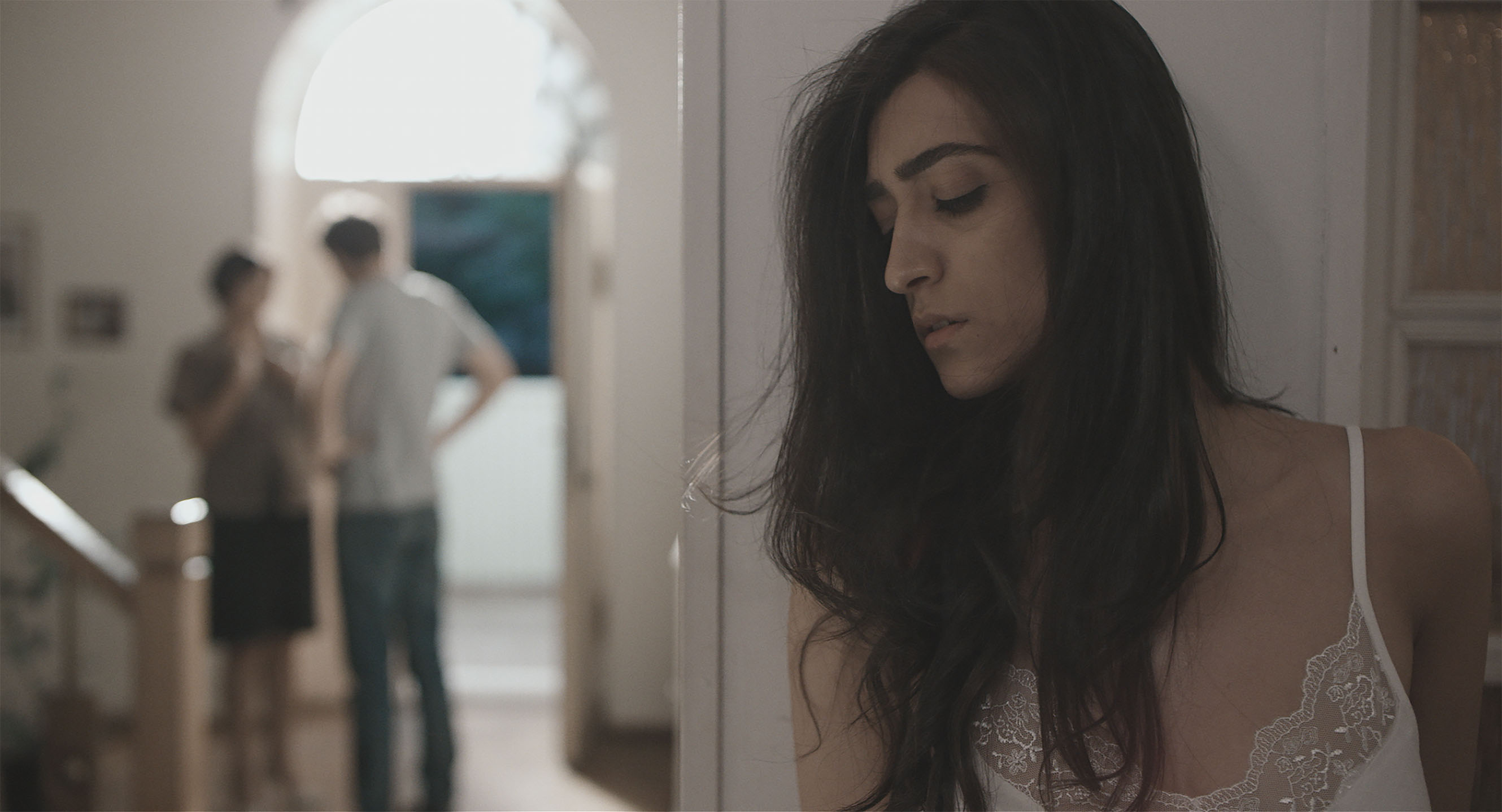 Mothers-in-law can sometimes be hard to deal with. Intruding, meddling where they shouldn’t, to the point where their presence can be destructive…Red Apples’ central character Lilit certainly wouldn’t disagree. Transporting us to Armenia, George Sikharulidze’s 15-minute short uses a specific cultural practice to tell a relatable, universal story – a poignant tale of unexpected betrayal. As the story unfolds, Sikharulidze creates captivating tension, holding the viewer’s attention as the various emotional layers reveal themselves.

Shedding light on a tradition that might seem archaic to a lot of us, Red Apples was penned by Ophelia Harutyunyan, who is also credited as the producer of the film. Partly inspired by real events that took place in Armenia, the material struck a chord with Georgian director George Sikharulidze, as similar practices are observed in his home country.

Featuring a narrative with an undeniable social importance, Red Apples is a real conversation starter. With its story built around the feeling of betrayal – its different stages and the loss of trust in a relationship – watching it you’ll question if a marriage could ever recover from such events and how? Presenting the film through Lilit’s point of view offers an insightful perspective and amplifies the emotions we experience as viewers, as her character is rather passive and voiceless.

The structure of Red Apples has a lot of symmetry with the betrayal, the morning after the wedding, as its axis. It magnifies the contrast between before and after, maximizing the emotional depth and repercussions of the event. The two “gorka” scenes are the perfect way to capture the before and after emotional state of the couple, while moving the camera to the young woman who earlier caught the bouquet, cleverly ends the film on a powerful note.

The first half of the film, the wedding, might have been an “ordeal” to shoot (the production team threw a fake-wedding with lots of non-professional actors on set), but it perfectly captures the joyous moment for those involved. The scene is not short, but it allows us to understand the dynamics of the families and witness how happy and bonded this newly-wed couple is. The families seem progressive enough, the groom’s parents are welcoming and everyone is having fun.

Which is why the beginning of the second half comes as a shock, to some extent. Even though it is cultural practice to check the bed sheets after the wedding night, clearly the bride and the groom are caught off-guard by the intrusion. As the situation escalates, Lilit clearly expects her new husband Davit to stand up for her, but when that help doesn’t arrive she is caught in-between tradition, societal expectations, and wanting to be accepted by her in laws and is quickly left feeling helpless. As a viewer it is at the same time infuriating and heartbreaking – you want her to speak out and put an end to it all, but you also understand her hesitance.

With such a compelling screenplay, Hrachuhi Amiryan’s performance as Lilit is nothing short of remarkable. The genuine happiness and innocence she exudes in the first part of the short is heartwarming, but it is in the second part that she gets to truly showcase her talent. Navigating the betrayal and emotional awakening within her character with an unsettling authenticity, she peels back the layers one after another. Switching between disbelief, distrust, anger, humiliation and complete numbness, she carries the emotional weight of the story and engages the audience in a visceral way, leaving us all emotionally distraught by the end.

Red Apples started its festival run at the 2016 edition of TIFF and went on to be selected in Clermont-Ferrand. Sikharulidze has had two other short films on the circuit since; A New Year premiered at TIFF in 2018 and Fatherland at Sundance in 2019. In addition to being a filmmaking professor at NYU’s Tisch, he is also currently working on his debut feature Panopticon, which will explore adolescent sexuality and Christian fundamentalism in post Soviet Georgia.