A failing writer loses his grip on reality as his wife grows pregnant with their first child in this horror dark comedy.
READ REVIEW
Next Previous 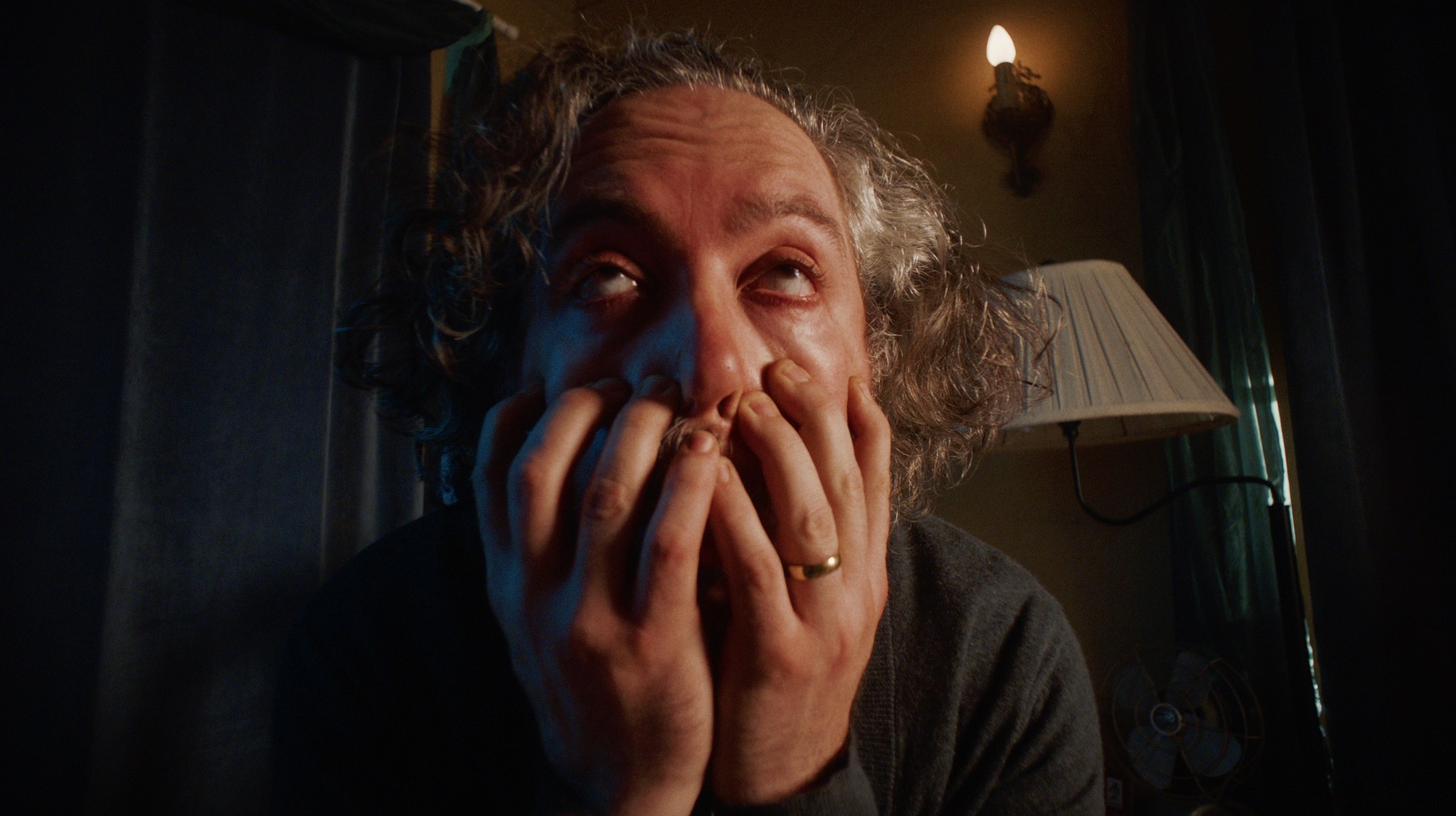 If you enjoy campy horror flicks and you’re a sucker for practical effects, you are going to love Charles Pieper’s Malacostraca. Having played at a slew of notable genre fests, including Beyond Fest, Overlook Film Festival, Imagine Film Festival, and Motel X, Pieper’s stylish horror is a crowd pleaser for its dark humor and impressive creature fabrication. Pulling out all the stops, Pieper transports you into the mind of a man unhinged by his fear of fatherhood, as he loses his grip on reality when his wife becomes pregnant with their first child.

Malacostraca was made as a “personal exorcism” and a creative mission statement for Pieper, who wanted to examine his suppressed personal fears through the film. “And I did; in many ways I feel better now than before the film was made,” Pieper reflects, “I wanted to come out of the gate swinging with as big and disturbing a short film I could.”

A short story that Pieper initially wrote during his college days, the premise of Malacostraca was revisited, in part, because of a particularly disturbing scene in which a crawdad (a type of crayfish) crawls over a woman’s body. Retrospectively, Pieper decided that his protagonist should be a writer, who upon seeing the crawdad creep toward his wife sunbathing, hallucinates something even more triggering – we won’t spoil the surprise just yet.

While his cathartic approach to filmmaking certainly makes for genuine character development and an impressive performance by actor Charlie Pecoraro, it’s the craft that truly shines. While the story itself is a bit predictable – parenthood is a widely explored premise in horror –  Pieper’s stylish directing and slick production design make this a stand out.

Malacostraca used mostly practical creature puppets made by acclaimed FX artist Gabe Bartalos, who has worked on cult Horror favorites like Basket Case 2, Brain Damage and The Cave. There’s certainly something to be said for having physical creatures on set for actors to interact with and having come from a stop-motion and FX background, Pieper knew puppetry was the best choice for the film. We couldn’t agree more!

When it comes to practical effects, especially lobster-like baby monsters, it’s extremely important to work with the right cinematographer. Showing too much can take away the impact of a strong effect in a scene, but showing too little can frustrate viewers. While Pieper gave the creature more screen-time than most directors would, his cinematographer Ava Benjamin Shorr did an incredible job of bringing the ‘crawbaby’ [sorry, couldn’t help myself] into his character’s reality just enough to make you question if it was real.

In some scenes Shorr “Jaws-ed” it – i.e. teased the creature like the buoys do for the shark in Jaws – so wonderfully that we couldn’t wait to see the baby as it grew bigger and tormented its father to breaking point. Working closely with Shorr, Pieper also utilized perspective in true scary-movie fashion. In the opening scene, the camera shifts to the viewpoint of the crawdad much like the infamous scene from the opening of Halloween as we see through the eyes of Michael Myers and again in Jaws as we witness what the shark will inevitably bite. Throughout the film, Pieper employs all the staples of great horror filmmaking and it’s no wonder why Malacostraca is so damn entertaining!

Pieper is currently writing several screenplays, one of which is a feature version of the Malacostraca short. I, for one, certainly hope for crawbaby twins.