While taking the bins out, Richard makes a discovery that will change his life forever - a real Space Man.
READ REVIEW
Next Previous 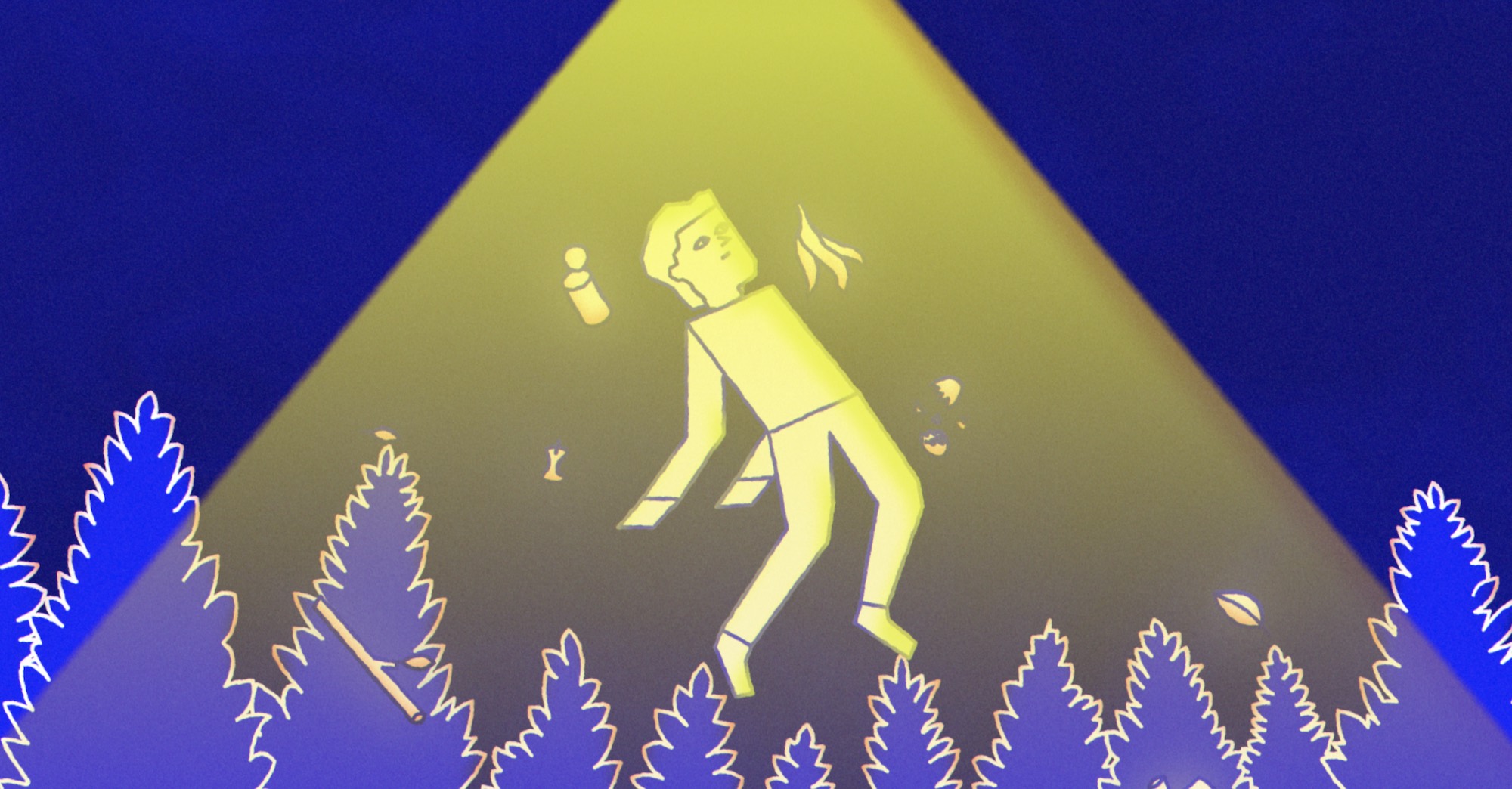 Spielberg, Carpenter, Cameron, Scott, the list of directors that have tackled alien encounters is an impressive one. Well you can now add UK-based animator Dan Britt to that list. Providing a much more abstract and amusing tale of extraterrestrial engagements, Britt’s Adult Swim special Space Man was originally presented as a series of shorter videos, but is now available to watch in one joyous 12-minute chunk of oddness.

Tackling many of humanity’s major problems – war, hunger and global warming – the plot of Space Man is difficult to boil down into a few sentences. Essentially the tale of a Spaceman (from the planet Space) and his relationship with Richard and his identical twin best-friend Graham, we follow this unusual trio as they experiment with friendship, art and mortality. It’s quite the ride!

Setting out to create “a film about a very silly alien”, Britt explains his curiosity surrounding extraterrestrials is something that’s been simmering in his mind for some time. “I’ve always been interested in alien encounter stories and the realm between sense and nonsense”, he reveals as we discuss the motivation to make Space Man. “This film was an attempt to combine these into something that would also make people laugh, and hopefully also cry”.

If the plot to Space Man sounds somewhat unusual, it’s more than matched with an equally off-kilter aesthetic. Created in Adobe Animate and After Effects and sporting a playful, glitchy look, the visuals are as unpredictable as the storyline. Admitting an interest in creating “semi-controlled glitches and unsettling smooth movement”, you can see Britt experimenting with this look in previous short I’m Dead Inside.

Humour plays an important role in Britt’s work and it feels like the driving force here in Space Man. There’s surprising depth in the short as it skittishly orbits serious themes, but the tongue-in-cheek humour is ever present. There are a few full on LOL moments (the art scene is a personal favourite) in the film, but generally it’s the consistent grin-inducing tone that has a really uplifting effect.

Good comedy is hard to find in short film, with directors often tending to think the heavier subjects will give their film more impact and make them standout. As programmers, we’re always looking to find a balance between the serious and the silly and Britt’s short certainly injects a little of the latter into our curation.

If you’re into Dan’s work, you’ll be happy to hear he’s working on further films set in the world of Space Man for Adult Swim and is also developing a short-form series for a US TV network.