An experiment in perspective and parallel storytelling. In the last moments before childbirth, a mother sees how similar her life and her child's life will be. A hypnotic visual journey where every image has two simultaneous meanings.
READ REVIEW
Next Previous 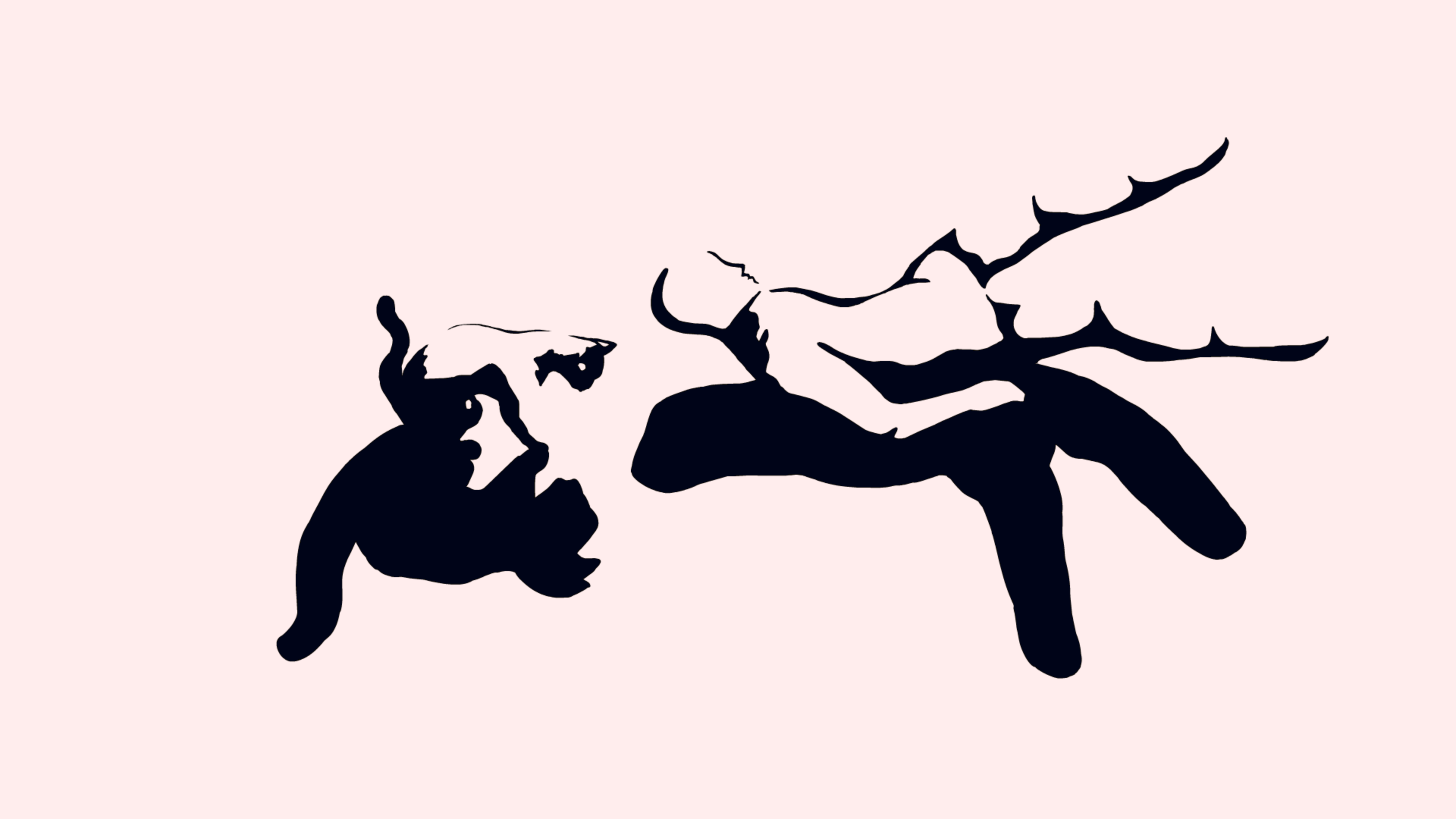 What do you see when you look at the featured image of today’s film? Do you see a cat to the left of a prone man, or do you see a hand stretching out into the foreground? As you may have guessed, this is a trick question—both answers are correct—the image being an example of a type of optical illusion you might remember encountering as a kid. The most famous example is the classic, “old crone, young woman“, which has been reliably blowing minds for decades, and while a well-crafted illusion of this sort is impressive, Portuguese storyteller and visual artist, Vier Nev, has delivered something altogether more audacious—an entire film of said illusions, which marries these gorgeous multi-perspective compositions to three separate and simultaneous narrative tracks that link moments of birth and transformation.

Throughout the 6min film, these narratives merge into a dream-like exploration of perspective. Two boys draw each other. A cat obsesses over butterflies. A scientist gives birth. Tracking these narratives is, of course, difficult—the visual conceit of the film forces audience engagement to default towards the art at first, but the thematic backbone provides a heft that encourages and rewards repeat watches.

“I have always wanted to make a film that celebrated the joy of drawing and playing with perception.” – Vier Nev

The first two initial reactions you’re likely to have upon viewing A Mind Sang are “whoa“, followed by “how?!“. In regards to the latter, Nev shares that there isn’t much to the trick—it is simply a lot of hard work, requiring immense amounts of drawing. In a Q&A on Vimeo, where the film debuted this week after winning the platform’s Staff Pick Award at Annecy 2020, Nev relates, “If I have two different scenes I want to merge into one image, I will draw them from multiple perspectives or with different lighting until I find a pattern such as a group of shapes or the negative space around them that is common to both scenes. It is mostly using pareidolia to my advantage.”

Composed digitally in 2D, and utilizing 3D references, it is not just the conceit of the film which entrances. Experimental in more than simply technique, the film relies heavily on emotionally loaded, symbolic imagery, which triggers viewers emotionally even if they find a unifying comprehension difficult. The thematic preoccupations of transformation and becoming support and reinforce the unique visual approach perfectly, vaulting the film from something potentially gimmicky, towards the profound.

A Mind Sang is currently on the festival circuit where it is doing quite well, most recently with its selection to the Annecy official competition, but Nev is already looking forward to his future projects. As befits an artist with his unique grasp on perspective, he tells us that he’s currently entranced with VR, and that we should not expect another 2D piece from him in the near future. While the early bloom surrounding VR cinema is starting to fade, the medium is still acquiring talented artists to its canvas, and we will be sure to report back on Nev’s future work in the space.