Inseparable best friends spend their last summer holiday of childhood amusing themselves around the house. As summer progresses, an awkwardness descends on their friendship. Puberty seems determined to interrupt their bond.
READ REVIEW
Next Previous 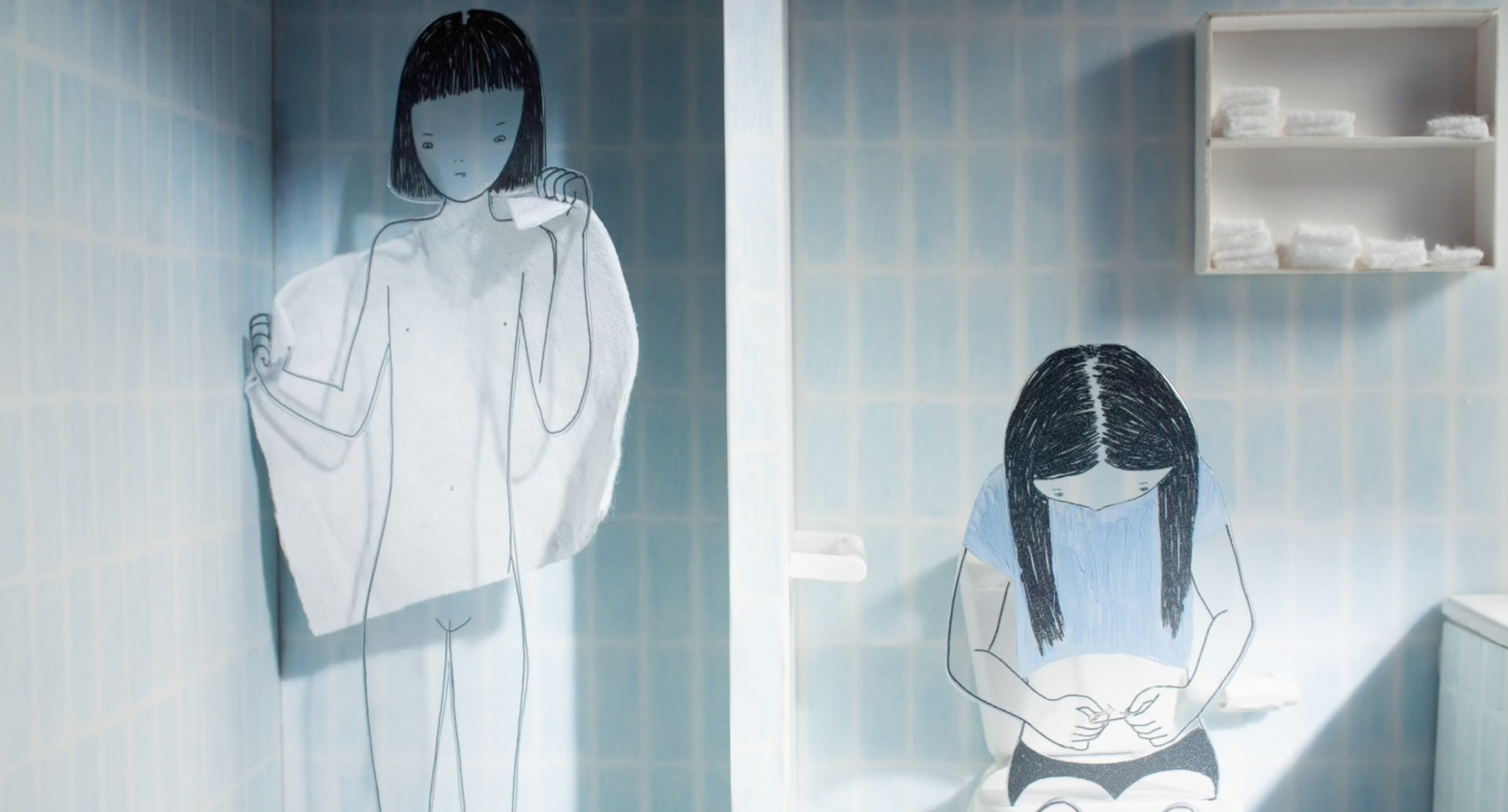 I hated puberty. As if it wasn’t enough that my armpits were sprouting wiry hairs, my face resembled the surface of the moon and my sweat was practically radioactive, the gateway to adulthood also changed my relationship with my best friend forever. The childish games and innocent thoughts were replaced by an ongoing contest of whose boobs grew the fastest (her) and who got more attention from the boys (also her).

Directed by Nienke Deutz, Bloeistraat 11 (Flowering Street) also centres around two young girls, whose bond is put to the test by the onset of puberty. But there is nothing banal about this beautifully rendered coming-of-age story. Combining two animation techniques, both elusive and tactile, to create a translucent vision, this nine minute film captures the essence of childhood and the aching realisation of its passing in an intensely original and tender way. Bloeistraat 11 has charmed audiences around the world, and won the prestigious Le Cristal d’Annecy at Annecy 2018, alongside awards at Go Short and Manchester Animation Festival.

The story follows two inseparable girls who share and experience everything together – joy, boredom, discovery and even pain. It’s a friendship as strong as the four walls it thrives within, and which shield it from the outside world. Then when one of the girls starts noticing her best friend’s older brother, their friendship too starts to change and a tiny crack appears in the fortress they had built. A children’s story for adults, Bloeistraat 11 digs deep into the mysteries of childhood using plastic cutouts and minimal sound design, but what’s so magical about the film is just how alive these characters are and how they remind us of our long-forgotten selves.

The film was created with an unusual combination of 2D and stop-motion animation which involved drawing the characters by hand, printing each one (12 for every second) on plastic sheets, and cutting them out. The clothing was then hand-painted on every individual plastic frame and when they were finally ready, the characters were then placed in physical sets, made of cardboard, acrylic paint and markers, and photographed one after another to create the stop-motion animation [take a look at this ‘making of’ video for a glimpse into the production].

“I wanted to explore how I could make animated characters palpable and at the same time show the animation technique and materials. Finding the right balance between those elements was a challenge because in order to engage with characters and their story, you want to forget about the technique” – Deutz explained in an interview for Vimeo.

To separately critique the craft and the narrative would be a mistake, however, since one is an integral part of the other, and it’s the combination of the two that makes the film a triumph. If used to tell a more complex story, the animation technique could become too confusing and overwhelming. While the story, without the surreally skewed metaphysical look, could in turn become too underwhelming.

From the very first scene, with the girls jumping in the air, we are confronted by their unrealness; their curiously outlined, flat, semi-translucent bodies, overlapping and morphing into one another. Soon enough, however, the characters stop being just plastic cutouts and with the help of the masterfully executed sound design, become just as alive as you and I. Yet, it’s impossible not to pause in awe and admire the craft during standout moments like the shower scene, with the glistening water, or when witnessing the physical manifestation of the pleasure spreading inside their bodies when the girls touch.

Bloeistraat 11 is a masterpiece and a superb example of what could be achieved when an ordinary, though undeniably compelling, story is told in an extraordinary way. It’s a film full of heart, hurt and a sprinkle of magic. And isn’t that what childhood is all about?