Earth has been abandoned long ago and the human race has now found refuge in outer space. Three archeologists return to the planet to investigate where a mysterious five tone signal is coming from...
READ REVIEW
Next Previous 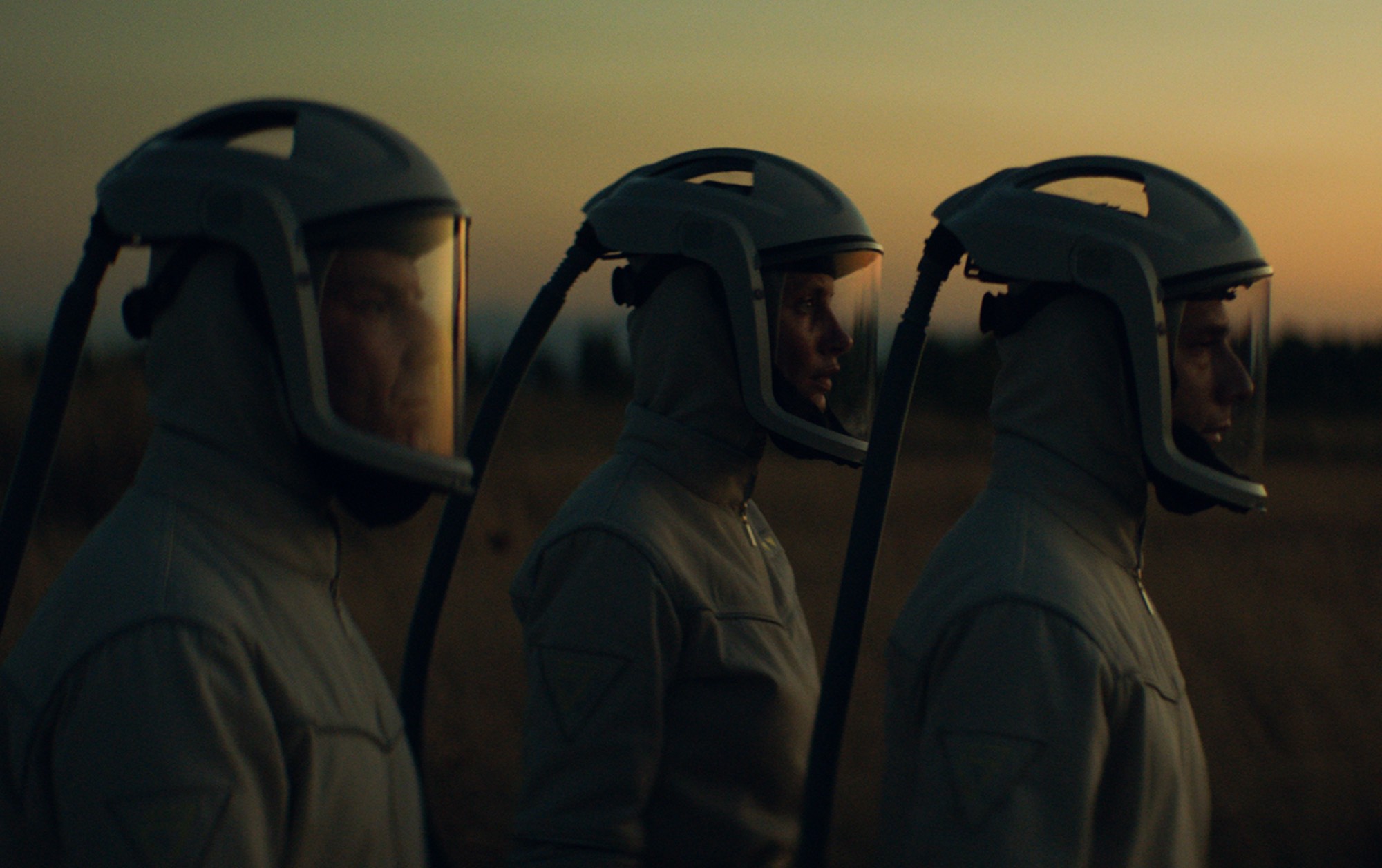 Motivated to create a genre film that tackled topical themes, Yorgos Zois’ slow-burn sci-fi short Third Kind transports it audience to a future, desolate Earth in the hope of provoking discussion around the migrant crisis. Set in a real evacuated refugee camp in the old abandoned airport of Athens, this 30+minute film is more interested in social commentary than space battles and that’s reflected in the pensive filmmaking throughout.

After seeing images of the aforementioned, abandoned camp, Zois admits he was struck by how they provoked visions of a “civilization that disappeared over night”. Initially, he had the idea to shoot images of the airport as “empty frames with no actors”, but was later haunted by another idea. “I will make a sci-fi where three archeologists come from the future, enter this place and try to realize what has happened”, he decided.

“The workflow was just magical”

Created in just a month, after that initial idea had formed, Zois found himself with a tight deadline to meet after discovering the buildings where he planned to shoot were set to be demolished. Describing the filming process as “guerrilla shooting combined with professional manners”, the director and crew managed to the get everything they needed over 11 days in the Greek summer. “The workflow was just magical”, Zois reveals, “everything just happened without any obstacles, even the heat of the summer turned into a cold chill”.

Armed with old soviet lenses, Third Kind’s aesthetic is based around a “poetic look”, referencing the work of Tarkovsky. The prominent Russian director wasn’t his only influence though, with Zois keen to pay homage to 80s sci-fi classic Close Encounters of Third Kind in his script. With the aim of creating a film which merged “two opposite styles of the same genre”.

“Although this is a sci-fi film, all the sets and props are real”

We often praise the science-fiction shorts we feature on our platform for their world-building and while this often involves VFX, green screen, detailed sets and other filmmaking techniques, Zois’ on-screen universe is only amplified by the real world settings of his shoot.

“What I really consider special is the fact that although this is a sci-fi film, all the sets and props are real”, the director explains. “They are all historical evidence”, he adds and it’s hard to disagree. Third Kind is set in the future and features recent themes, but it’s a film we could look back at in years to come as a heartbreaking snapshot of these times.

With his short films having screened all over the world, Yorgos is now working on a feature version of Third Kind, alongside his next feature Faraway, which he describes as a “ghost love story”.