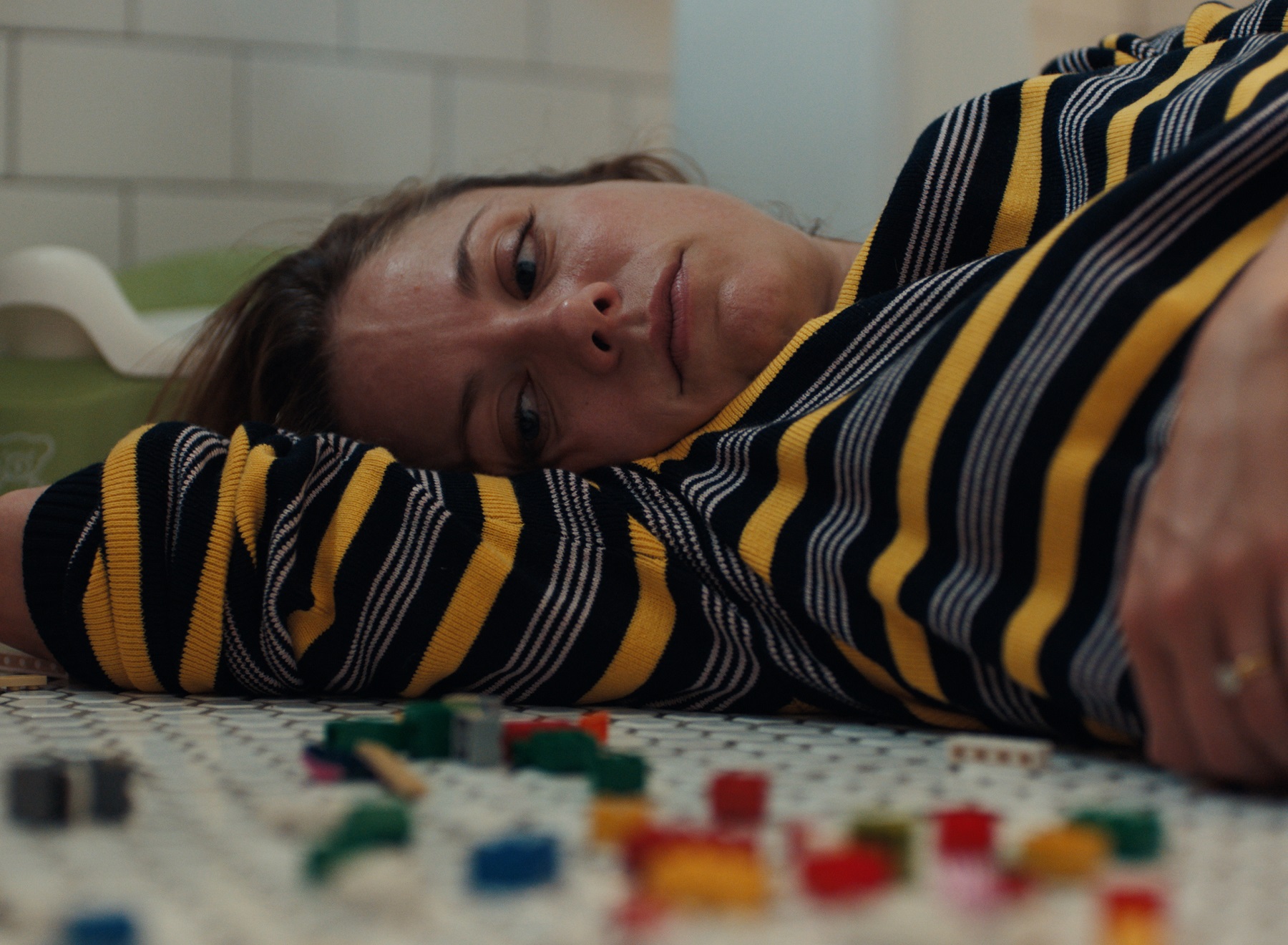 The plethora of feelings involved in becoming a mother is way too emotionally abstract to be accurately and realistically depicted in film. So when Claire, a young stay-at-home mom, suddenly starts throwing up plastic toy bricks, the creativity and layers of the metaphor feels perfectly suited to the task. Bridget Moloney’s Blocks is a refreshingly funny and entertaining take on the struggles of raising kids. Destined to delight those who can relate and those who can only imagine, this is motherhood in all its vomit-scented, multicolored glory.

“There was so much weirdness in becoming a parent”

A mother of two, who holds a Masters in Clinical Psychology, concentrating on couples and family therapy, you don’t need to search hard to find the inspiration for writer/director  Moloney’s short. “I wanted to make something that showed how it felt to have little kids”, she reveals as we discuss the origins of her story. “I found as a parent, that even when things are good they are still strange and hard. There was so much weirdness in becoming a parent”.

Brimming with an awareness that ultimately allows humour in the screenplay, without sacrificing any authenticity, the premise for Blocks originated whe she had the idea of a mother throwing up plastic bricks and simply rinsing them off before putting them away. “That image seemed like an apt metaphor for the lack of boundaries and body changes and general overwhelm that I experienced when I first became a parent.” Moloney tells us while discussing the film.

The narrative and the theme are rather simple, but it truly is this metaphor that holds the ingenuity of the film. Using the surreal concept to convey Claire’s emotional state, Moloney perfectly captures what it is like to exist in those early days of motherhood. The sense of alienation, the change in identity, the never-ending laundry, the endless sea of toys, it’s all present and correct. Impressive for a film just over 10-minutes in duration.

Even though the topics are hardly original, Moloney’s fresh approach grants access to a deeper emotional layer, revealing an existential dread that at the same time feels heavy and light, even triggering funny moments. The titular blocks not only have a physical meaning to their presence, a manifestation of Claire’s consciousness, but also end up portraying her body’s cry for help, ultimately providing peace and comfort if only for a few minutes.

The film will surely resonate with parents, but as a person who does not have any children, I was impressed by how engaging it was. The opening montage quickly offers a good understanding of Claire’s situation, while the 4:3 ratio felt like the perfect frame to focus on her routine and let the audience in on her experience. Claire Coffee, who is ever-present, manages to portray the inner turmoil of her character with a genuine sensibility, never losing the entertaining spark that ultimately keeps the viewers hooked.

Treading a fine line between reality and fantasy, Blocks always remains realistic enough to not distract the audience with cheap gimmicks that would ultimately tarnish its deeper meaning. Infused with a sharp sense of humour and honest dialogue, Moloney’s short takes a difficult subject and brings it to screen with an entertaining, but impactful quality that leaves you wanting more. I certainly could have hung out with Claire and her friend at the park for longer.

Blocks has had quite the festival run. Premiering at Sundance, with following selections at SXSW, SeriesFest and the upcoming Palm Springs ShortFest. Moloney is currently developing a series based on the short, as well as a high concept feature length romcom.