On Chinese New Year’s Eve, a 19 year old boy tries to reconnect with his mother after going to kung fu school against her will.
READ REVIEW
Next Previous 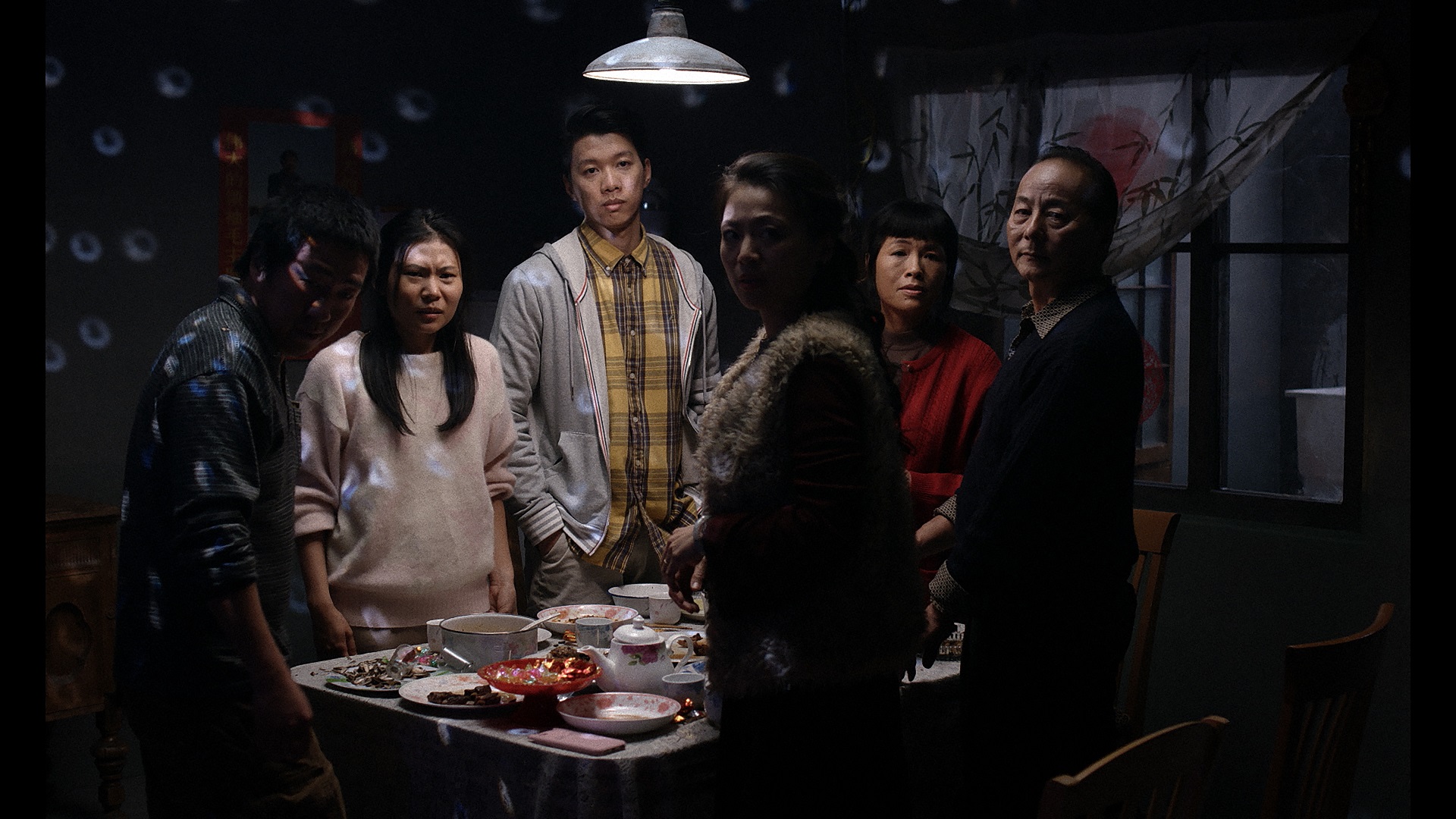 A story set at Chinese New Year in a small house in the Gansu province of Northern China doesn’t sound like it is going to be one of the more relatable things you’ll see today, but the personal roots of Hao Zheng’s New Year’s Eve means that it probably will be.

The film follows kung-fu student Xiaoyu as he journeys back to his small hometown for the holidays. Upon his return he is confronted with ongoing evidence that his mother is disappointed in his decision not to go to a ‘real’ college, and the belief that she is ashamed of him in front of others, that she perceives as more successful than him.

It is a story that comes directly from the director’s personal experience, when he likewise returned to his small hometown village in rural China – a place he had left as a young child. He told Short of the Week about a specific reunion with a relation he hadn’t spoken to for many years:

“All I could remember about him was that he had dreamt of being an artist. That’s why I was surprised to hear from him that he was about to give up his dream to study a popular major that could later guarantee him a job. “Why not go to an art school?” I asked. My cousin stared blankly ahead, responded half jokingly, “Why bother think about something that will never become true?” I couldn’t help but ask myself, if I stayed here when I was a child, would I be like him? If following my dream was at the cost of disappointing my family, would I still have had the courage to continue chasing after it?”

From this experience, the story of New Year’s Eve was born, and it draws on the expectations that parents have on their children, and the impact this can have when the parent cannot let those go and allow their child to find their own way. This is delicately conveyed in the film thanks to nuanced performances and well-observed writing.

At first, we mostly see the feelings manifest themselves in the sort of unspoken tension between Xiaoyu and his mother that takes years to develop. In showing us this, the viewer understands so much more than this specific moment, but has a feel for the type of interactions and pressures that existed before we joined this story.

As the evening continues, tensions heighten and start to bubble over – with a little help from alcohol, much like many a family holiday gathering across many countries and cultures. It is this natural and familiar writing, and the steady pace of the short, that drew us into these lives and let us easily connect to the pains, regrets, hopes, and love of the mother and her son.

The specifics of the setting may be foreign to the majority of us, but the universal themes of parental and cultural expectations on children to ‘do well’ in life, and how that is often defined, rings true and will hit home with many (not least those who, like Zheng, have made their path in the creative arts).

At its core this is a positive film, because it is about the value of having courage to pursue dreams and interests, as opposed to taking the traditional paths based on income potential, parental pressure, or jobs that society deems ‘good’. The film engages by coming at it from a challenging and negative situation, but its honesty, naturalism, and delicate exploration of universal themes all make it a slow-burn that is worth connecting with.