Got a problem? Don't worry, there's a pill for that! Quick Fix explores taking the easy way out, addiction, and the subsequent struggles that may follow.
READ REVIEW
Next Previous 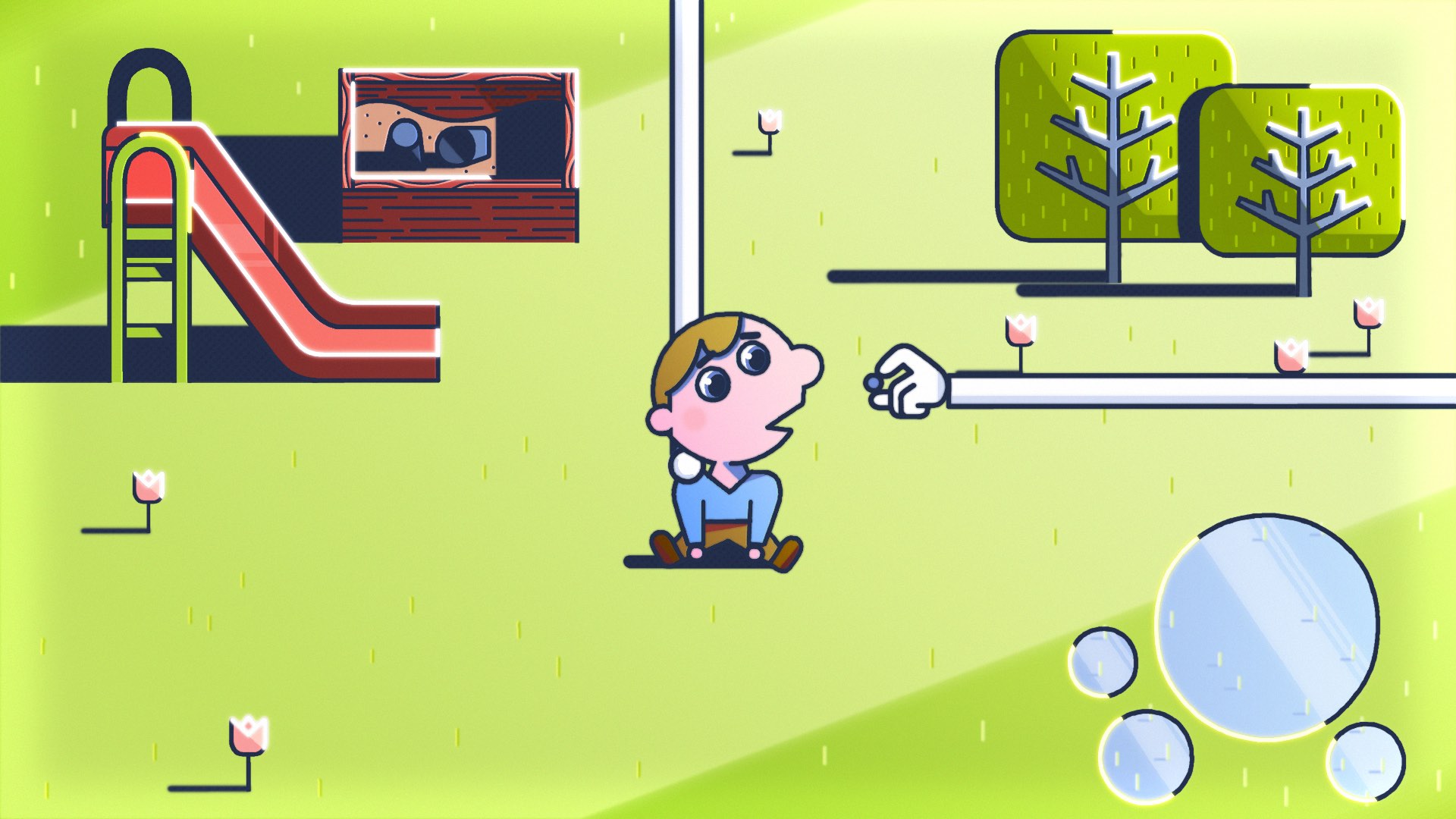 Can’t focus? Can’t get buff? Can’t get it up? Don’t worry! There’s a pill for that. After moving to the US, Irish director Chris O’Hara was so alarmed by the casual approach to prescription drugs in his new country of residence that he did what all good filmmakers do in that situation – he made a film about it. A six-minute animation, Quick Fix takes us on an accelerated journey through the life of a young man, as he falls deeper and deeper into addiction. Don’t worry…it’s not as bleak as it sounds.

“What drugs would you need to take to deal with those and where does it end?”

“It was scary how frequent I was exposed to drug adverts”, O’Hara explains as we discuss the making of Quick Fix. “They would commonly rush through the many potential side effects of the drug in a sped up warning tagged on at the end of every commercial. It got me thinking about those side effects. What drugs would you need to take to deal with those and where does it end? I thought about a potential, endless knock-on effect and that’s where the idea for Quick Fix started”.

It’s quite apt that O’Hara’s film includes the word ‘quick’ in its title, as the rapid escalation of its story is (for me) one its most appealing features. Shooting along at a breakneck speed, in just under six-minutes we witness the short’s protagonist go from a carefree child, happily chasing butterflies in the park, to an unstable adult, totally reliant on pills. It’s ruthless storytelling and perfect internet viewing.

Aesthetically, Quick Fix employs a cartoonish style to brings its troubling story to life. Initially, sounding like it might be a misjudged combination, O’Hara’s light touch is surprisingly effective. Injecting humour into what could have a been a dour viewing experience, the colourful visuals mean that a narrative that could have easily become too heavy-handed, is instead a humorous, breezy watch.

The real masterstroke in the production though is the restrictive framing O’Hara employs within his short. With the opening 30-seconds of the film presented full frame, the moment our wide-eyed lead gets his first taste of medicinal assistance, a pill-shaped frame constricts around him, imprisoning him. As his addiction worsens throughout the film and he grows bigger and buffer, the constrictions feel more and more suffocating. It’s a simple technique, but undeniably effective.

O’Hara is keen to point out that he’s obviously not opposed to prescription drugs and understands that for many they are a necessity. As the name of his short suggests though, he wants people to watch his film and consider they might not be the easy answer. Suggesting that with a “little more investigation and care” they may be able to find a better solution.

Quick Fix played a number of festivals around the world, including Brazil’s Anima Mundi and Belgium’s Anime, but here at Short of the Week we think it’s a film perfectly suited for an online audience.