A 9-year-old girl plays translator during a parent-teacher conference between her Russian dad and her American teacher.
READ REVIEW
Next Previous 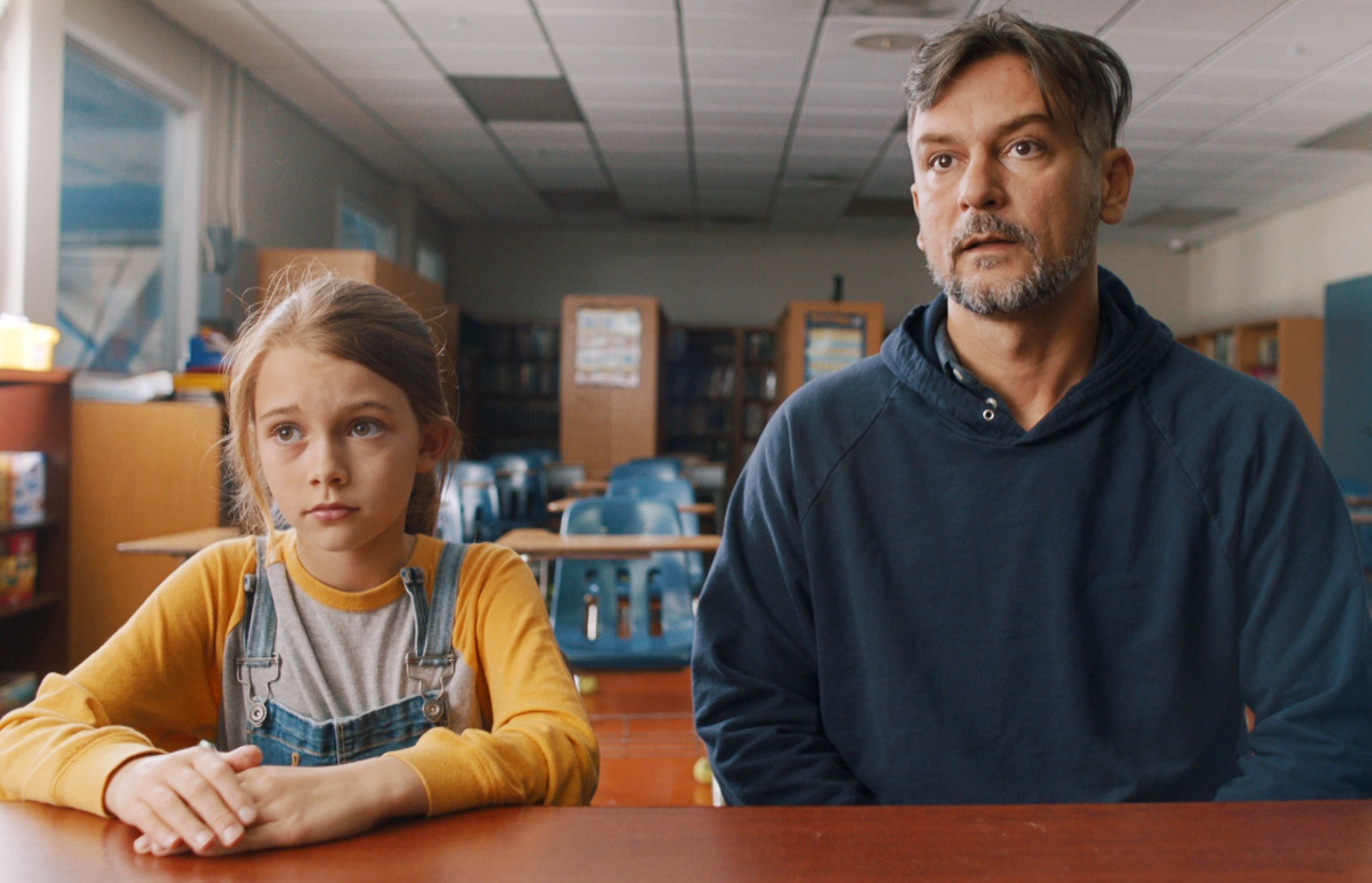 Inspired by the director’s own personal conflict, between his Russian heritage and American schooling, Gosha Shapiro’s Lena explores the duality of identity children of immigrants experience. The story of a young girl, who after being caught cheating has to act as translator at a meeting between her English speaking teacher and Russian speaking father, this 10-min short perfectly encapsulates the internal plight sparked by cultural differences, through an emotionally complex and awkward situation.

Lena is Shapiro’s first film, and for his first project he went along with the old maxim “Write what you know”. Growing up in a very Russian household, Shapiro has a cultural identity deeply rooted in his heritage. Starting primary school in the US felt foreign in every way, prompting him to adapt and build new roots.

Fascinated by this invisible identity tug-of-war, between his old and new roots, he crafted a narrative that would illustrate an inner turmoil that has such a deep resonance in the immigrant experience. “When we talk about the plight of immigrants we talk about walls and border crossing—obstacles that are physical and apparent”, Shapiro explains as we discuss the inspiration behind Lena, “but what about the inapparent plight?”

In addition to relating, to some extent, to the themes surrounding the duality of identities in Lena, I find watching the choices one makes when caught in-between, pulled in different directions, captivating. The fact that Lena is a child makes it even more compelling, and Shapiro uses her unique position to control the direction the conversation is going.

Lena is in the middle in more ways than one. Her identity is shaped by both her Russian background and her school life in the US, but she also has to take the role of translator for her father. When she is employed as a communication tool between him and her teacher, she makes the decision to act as a buffer, conveying only what she sees fit to both parties.

That choice is an effective way to bring to the surface how alienated, yet protective, she feels in both situations. It also empowers the character and reveals a smart, witty side to her personality, which in turns makes her all the more endearing to the audience. The topic of the conversation, and the fact that Lena is forced to be present for it, only enhances the intricacy of the situation and highlights the divide between her two worlds.

The premise of the film is relatable on many levels and the way Shapiro pilots the narrative arc allows all the facets of the situation to reveal themselves. Like most drama based around real-life experiences though, a lot of its success rests in the hands of its cast and in Lena the actors bring it all to the screen with genuine, believable performances.

Zoey Todorovsky, that some might recognize from her stint on Netflix’s The OA, is remarkable as the titular Lena. Her performance subtly revealing the many layers of the inner turmoil surrounding the confrontation of her two identities, while also dealing with being a child trying to fit in at school, without extensive dialogue.

Lena is having its premiere here and will also be part of the upcoming Palm Springs ShortFest. Shapiro is already developing his second short film, playing again with the idea of identity and his personal experience. It will focus on a boy who has his first queer experience with a stranger, but loses memory of it the next morning.