Laia from Spain and Emil from Iceland are students in Munich. After having sex a couple of times, Emil professes his love to Laia—but she panics and runs away. Now the two have to figure out whether they are more than just a summer fling in this sexually frank, but sweetly tender and funny short film.
READ REVIEW
Next Previous 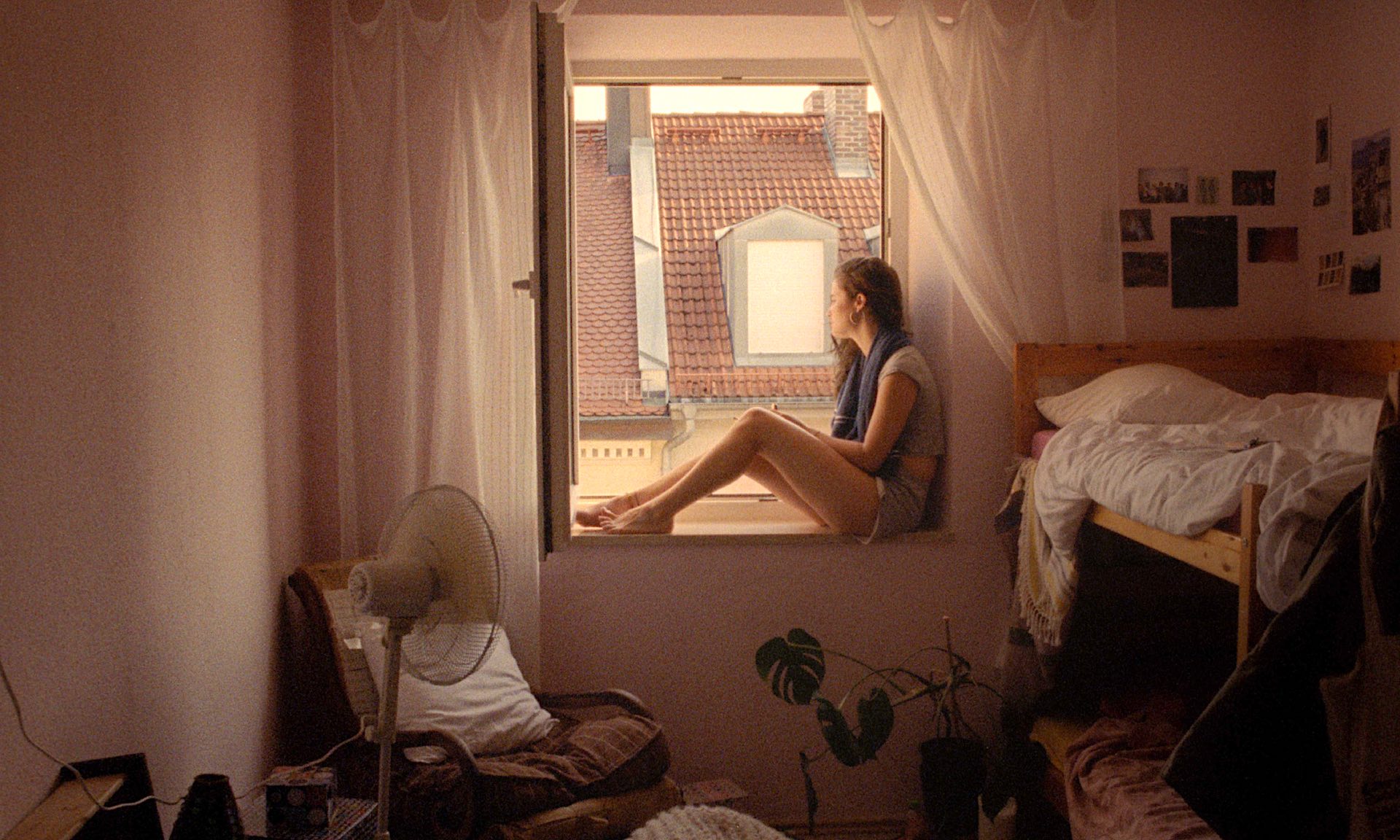 The arc of my reaction to Summer Hit humorously mirrors that of the protagonists in the film. I’m a rom-com enthusiast whose deep affinity for the genre has been something I’ve suppressed—due in part to its retrograde sexual politics and trope-heavy leanings in recent years, but also, relatedly, to high-brow posturing on my part. From the opening scene of the film in which Laia (Martina Roura) jokingly, but tenderly, surveys Emil’s flaccid member (Atli Benedikt), I felt the rush of endorphins that come from a new crush. However, my defenses quickly kick in—yes, the film’s 16mm photography is gorgeous, and its vision of pan-European freedom intoxicating, but surely this simple boy-meets-girl story is a mere guilty pleasure? As the relationship develops over the ensuing 20min however, my infatuation grows as well. Emotionally honest, resolutely authentic, and shockingly frank to my American sensibilities, Berthold Wahjudi’s German student film embeds itself deeper into my heart. I think it’s real love, and I’m ready to commit.

The setup to Summer Hit is simple, with no pretensions towards high-concept. Laia and Emil are students studying under Europe’s Erasmus student exchange program and have hooked up. There is no courtship we see, instead the film jumps right into the relationship immediately post-coitus. It’s a smart and unique place to start the story as Wahjudi avoids some of the more well-tread clichés of the genre this way, but also aligns the film more closely to his central observation about contemporary relationships. “I wanted to make a film about young love that reflects the reality of my generation, where it’s often easier to hook up with someone than to connect on a deeper, emotional level.” he writes to Short of the Week.

The film tracks that modern progression, where sex is the starting point rather than the culmination of attraction. Laia is scared off by Emil’s seemingly premature declaration of love, rushing out of the room coldly. The hasty withdrawal might ordinarily be the end of the relationship, but fate intervenes—she left her wallet, the return of which becomes a recurring, but eminently plausible excuse to draw the young lovers together again.

The wallet and a song that shows up periodically throughout the film, the “summer hit” of the film’s title (which Laia professes to hate) provide the loose structure of Emil and Laia’s continual dance of drifting apart and reuniting. In a reversal of gender stereotypes, Laia is the more liberated party who aims to keep things casual. Emil is the forthright one, who doesn’t want to deny the blossoming feelings he has. The wallet symbolizes this push-pull. Sometimes it is used manipulatively, but there is also the feeling that its withholding is an implicit agreement by both Laia and Emil, to not sever the thread fo their connection, communicating a feeling that they are not comfortable putting into words.

The difficulty they demonstrate in being honest about their feelings is in marked contrast to the authenticity of the film itself. The individual scenes of Summer Hit are not momentous or overly dramatic, but they are sexy and funny and ring true. The sheer ease at which Wahjudi places us into the sex scenes is so European—we have explicit sex in American media, but it is always crass or salacious, or overtly dramatic. To see the unguarded intimacy that Wahjudi captures is revelatory, and I struggle to remember a short that approaches it in attitude.

Like a summer fling, Summer Hit entrances unexpectedly and wraps you up in warm feelings of unusual intensity. But there is depth too, in the film’s insightful peek into the mores of young Europeans, and its pleasingly low-stakes, authentic approach to intimacy. It’s a film I’m quite taken with, and like a summer fling, a work that I will think back upon warmly and wistfully in quiet moments going forward. The only difference is, now that it’s online, I can return whenever I want!

Off the back of Summer Hit which won a top prize at Palm Springs last year, and also received the Max Ophüls Prize, a coveted stamp of approval for young German filmmakers, Wahjudi has several potential avenues for future work. He tells us that he is currently working on a TV show based on this short, and also his debut feature / thesis film from film school.