Centuries after the destruction of Earth, Kentucky Williams and his cyborg companion, C-LA, lead the crew of the Serrano on an intergalactic, flavor-driven adventure to hunt down the last remaining earth spices.
READ REVIEW
Next Previous 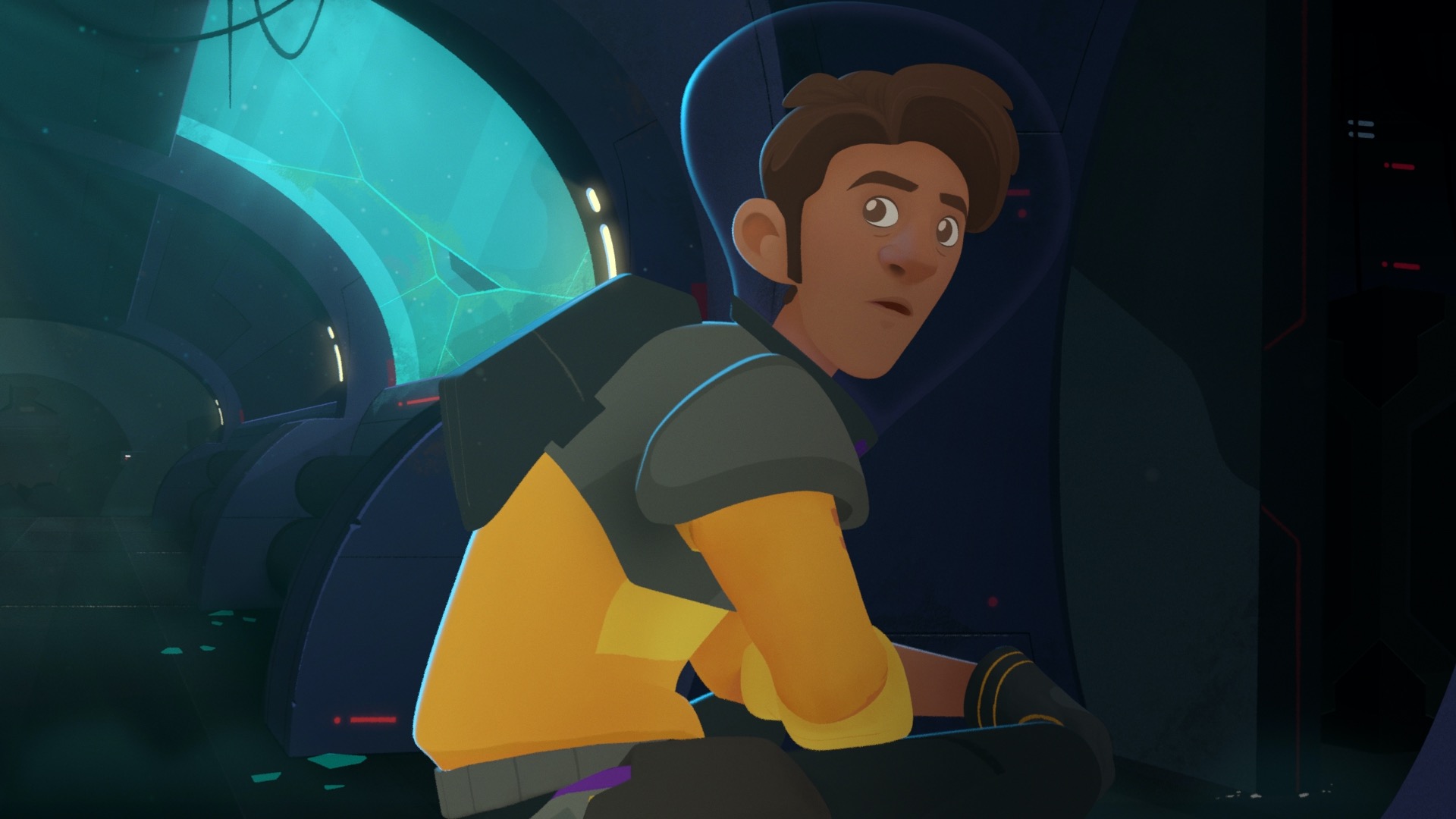 Premises are only the starting point when making a piece of entertainment, and are hardly the most critical component—I’ve seen lots of amazing cinema that barely has a premise at all—but, when your ambition is to launch a full-fledged animated series off the back of a 9min short proof-of-concept, it pays to have a logline that instantly entices.

My eyebrows raised a bit when I read the description of Spice Frontier, an animated short from Florida-based Steamroller Studios, and the corners of my mouth turned upwards involuntarily. Clicking play, nothing transpired to make me lose that grin, as what followed was a purely pleasurable jaunt into sci-fi world-building, with slick style and familiar, but pleasant, character-types and story beats, elevated by that weirdly perfect premise.

The explicit plot of the short is a bit thin, and the text-based exposition at the start which establishes the centuries-past destruction of Earth, is an unfortunate speed bump into the story, but we tend to be forgiving of these things when the product is so clearly positioned as a pitch. The pertinent question is, ‘do we want to see more?’, and for me, that is an easy yes. Spice Frontier recreates the jovial hang-out adventure vibe of fan-favorite space shows such as Firefly, and promises a flexible format that can accommodate both episodic and serialized storytelling. Nothing is super new here, but the archetypes are skillfully realized—Kentucky Williams (Brett Waldon) blends sarcasm and enthusiasm in a winning way. He’s over-his-head in a fight but can be counted to come through in a pinch. C-LA (Laurie Catherine Winkel), his powerful, no-nonsense cyborg companion, brings the competence and unwavering devotion to Kentucky’s quixotic quest to recreate long-dead Earth cuisines. Blending these familiar elements skillfully results in a quick comfort food bite for dedicated genre fans that also promises the potential for more.

Steamroller Studio is not a household name, but has been a high-functioning animation shop for over a decade, working a wide array of projects from blockbuster films to triple-A video games. This is their first independent creative project, but their directors, Jalil Sadool and Adam Meyer, have extensive experience on well-known properties. This background serves the short well, as they effectively execute the en vogue style of applying 2D aesthetics in a 3D pipeline. The result is bright, colorful, and clean, with the flexibility to put together some great action set pieces.

While the animation style is quote-unquote “American” in its design, the premise itself reminds me most strongly of anime. Japanese animation’s willingness to refresh stale genres by introducing left-field elements is unparalleled—there is a whole sub-genre of Dragon Ball Z “shonen” action series that incorporate food, such as the competitive baking show Yakitate!! Japan or Shokugeki no Souma (Food Wars). Spice Frontier does not appear to be interested in the more farcical elements of this subgenre, but I very much hope that the food element of the show is leaned into even further than in this short. As someone who learned to play the strategy game Go from an anime (Hikaru no Go), I would find it super fun to see an educational component incorporated into future installments.

Spice Frontier spent 2019 on the festival circuit, racking up selections at a diverse range of series and film festivals, most notably Fantastic Fest. After a Facebook Live premiere last night, today marks the film’s online debut. Hopefully a strong reception from audiences can build buzz for the studio’s plans to convert Spice Frontier into a full series. Steamroller has my endorsement!