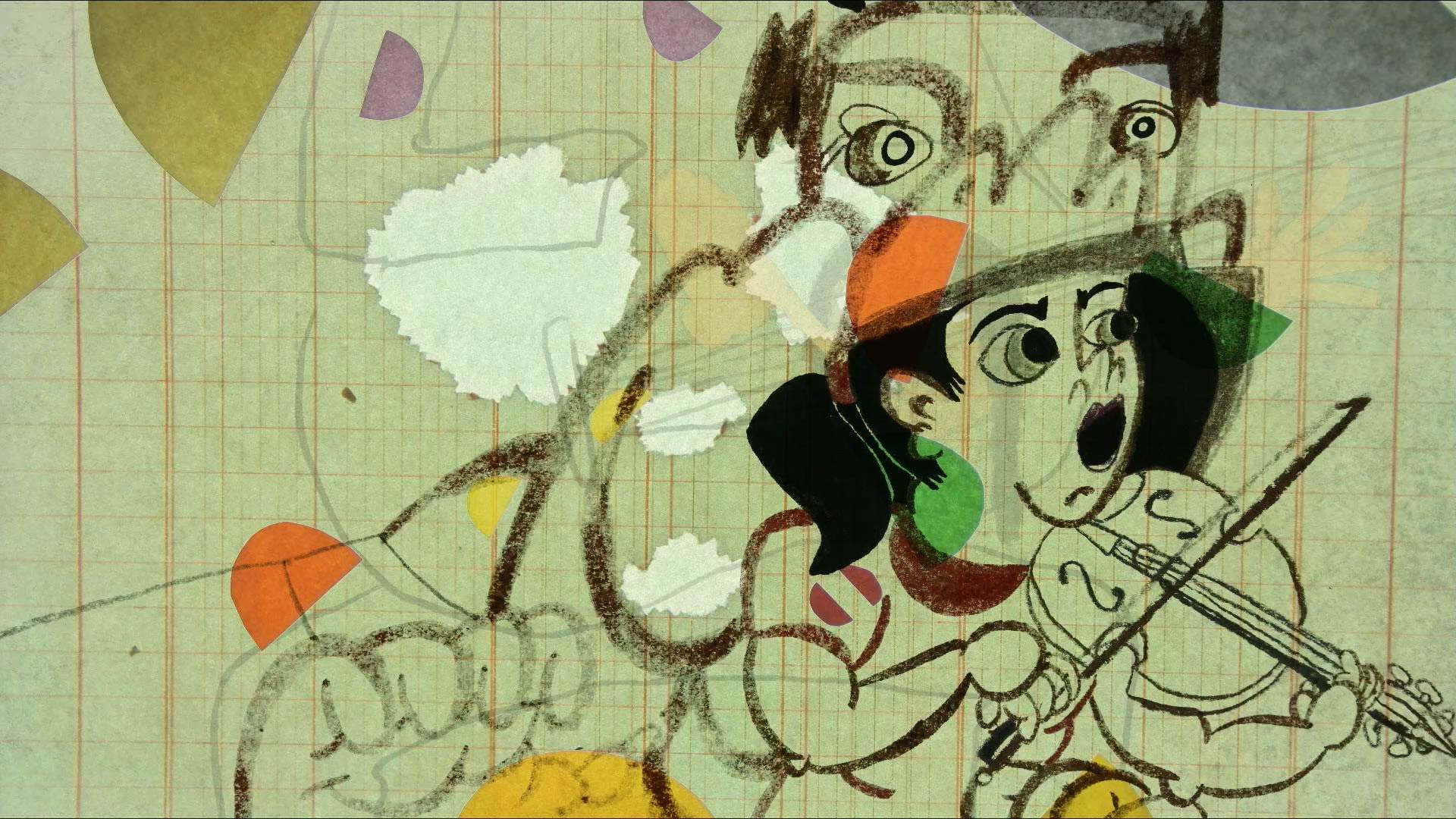 Riding the bus one day, director Miloš Tomić overheard a conversation about how a young musician would carry her Cello on the arm facing traffic when crossing the road, with the idea that if she was hit, at least it would smash her instrument first. From this snippet of eavesdropped conversation, the idea for Musical Traumas – Tomić’s 10-minute animated documentary – was born.

From harp-based love at first sight to teacup-balancing piano practices, Musical Traumas collects a raucous cacophony of anecdotes from unhappy music pupils and presents them via an equally spirited animated aesthetic. Though the premise for his 10-minute short begun by chance, Tomić admits that once the seed was sown, he actively started to search out such stories, in the hope of discovering more “juicy, bitter memories”.

After collecting the stories, writing them on small pieces of paper and organising them on the floor with his screenwriter, Tomić had built an initial structure for his film and was ready to start animating. The rest of the process didn’t go as smooth. Revealing, in conversation with Short of the Week, he spent all his funding only to end up with a short he found “too calm and normal”, he then went on to dip into his own personal finances to make a more “psychedelic” version.

The time, effort and money eventually paid off. Musical Traumas is a colourful, frantic and insightful watch. The stories leap from the screen with vivid detail – though Tomić finds the subtitles somewhat of a burden, as you miss the intricacies of the visual – the animation perfectly capturing the essence of each tale.

Made up of dark recollections (Tomić reveals there were happier stories – but he never felt they were as interesting) from obviously unhappy students, Musical Traumas is a surprisingly cheery, entertaining watch. Driven by an erratic soundtrack and inventive mixed-media visuals, Tomić’s short is brimming with a kinetic energy that feels like its comes straight from the mind of a child. Perfect, really, consider the subject.

Musical Traumas was brought to our attention by our friends over at Aeon – as they continue to serve up some of the most interesting and exciting docs online.