Working underground in the year before the legalization of cinema in Saudi Arabia, a team of mostly women shoots its first feature-length movie amid societal pushback.
READ REVIEW
Next Previous 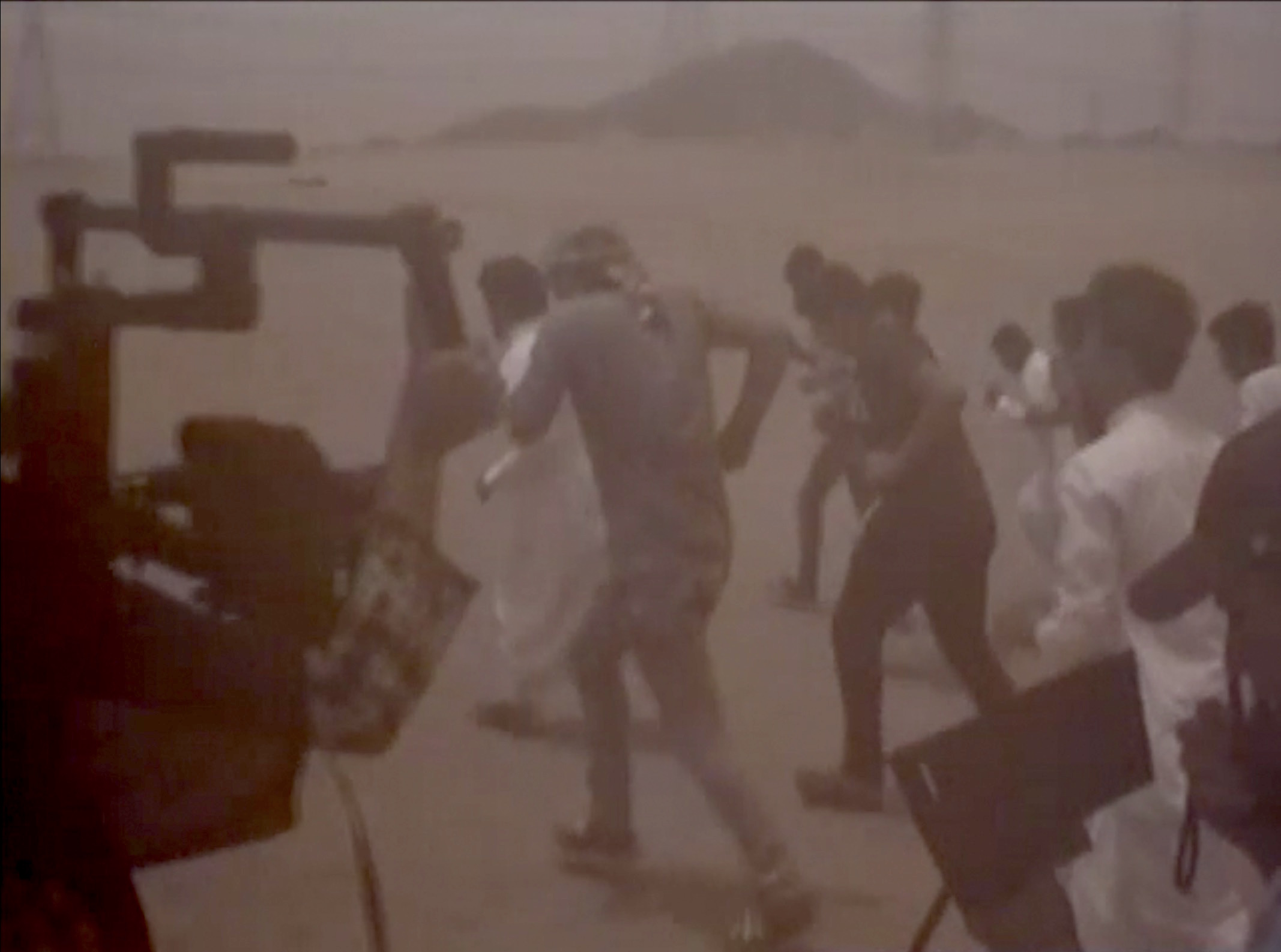 Any filmmaker will tell you that making a movie is hard—a stressful, all-consuming creative process that requires talent, commitment, and luck…lots of luck.

But, one thing we don’t often talk about when producing films is the concept of privilege. In other words, when it comes to making a piece of cinema, the barriers are often semantic—money, time, skill. And, even with those obstacles, it’s easier than ever to make a film if you’re living in a developed country.

As the industry slowly crawls towards more diverse stories and creators, we’re exposing the fact that a lot of the machinations that have prevented these films from getting made stem from much larger cultural, political, and socioeconomic factors. To be more succinct, it’s a much bigger subject than whether or not someone’s friend has access to a RED camera for the weekend. We can talk about scrappy bootstrap filmmaking all we what, but at the end of the day, movies are most likely to get made by people with money and who live in a certain social strata.

Apologies for the long-winded intro, but today’s film, First Feature, from documentary filmmaker and S/W Alum Bentley Brown warrants a bit of background. This isn’t the “normal” type of doc we feature—the kind with slick-looking footage and a narrative and character-driven emotional arc. Rather it’s a poetic rumination on the process of making a movie in a setting where doing so is literally illegal.

As stated in the logline, Bentley provides a behind the scenes look as a team of filmmakers (with a crew mostly comprised of women) shoots the first-feature length movie ever in Saudi Arabia. Whatever your understandings of the political or cultural aspects of Saudi society, with only a cursory knowledge of the country, it can be assumed that the Kingdom isn’t exactly a place you would think of as a hotbed for the creation of cinematic art. And, so, purely in a basic sense, Bentley’s film is a fascinating cultural artifact, as he’s literally capturing something that’s never been seen before. I won’t argue that this is riveting from a narrative perspective, but it’s wholly enrapturing in terms of subject—just being privy to imagery like this comes off as practically subversive. We are witnesses to an act of cultural and artistic rebellion.

Although it eschews a traditional dramatic structure, there’s something hypnotic in the way it’s presented— the lo-fi camera footage (in the spirit of “first films” Brown shot it on an 8mm tape camcorder from his childhood) is avant-garde and transformative. The way the exterior desert location is captured is especially arresting. In our 4K world, we’ve grown accustomed to seeing “exotic” locales through the perspective of the “tourist” (think the ubiquitous, hyper-kinetic travel and drone videos that perform well on Vimeo or YouTube). It’s the opposite here—raw and personal. Slow and patient. We’re not visitors to a place, we’re allies to an act of creation.

All of this is backed by narration from the mostly female crew (another act of cultural rebellion) where they reflect on both the process of creation and the contextual meaning of that process.

“We often joked that documenting the experiences of the film crew, composed mostly of women, would turn out to be just as important as the movie we were shooting.”

Any filmmaker or film fan will tell you that watching behind-the-scenes videos is always entertaining. For those who desire to make movies, it’s educational and often enlightening to look at the process of how something was made. Moreover, the universal language of filmmaking—with its specific jargon and organizational structure—serves as a point of similarity between people, no matter where they are from. Brown takes that inherent curiosity and familiarity and supplants it with a much bigger meaning. Largely this is because he had access to something that few had access to. But, in a short documentary landscape that is brimming with sameness, Brown, already featured here for his film Oustaz, is a filmmaker that is clearly breaking molds and sparking conversation around stories that are just not often told.