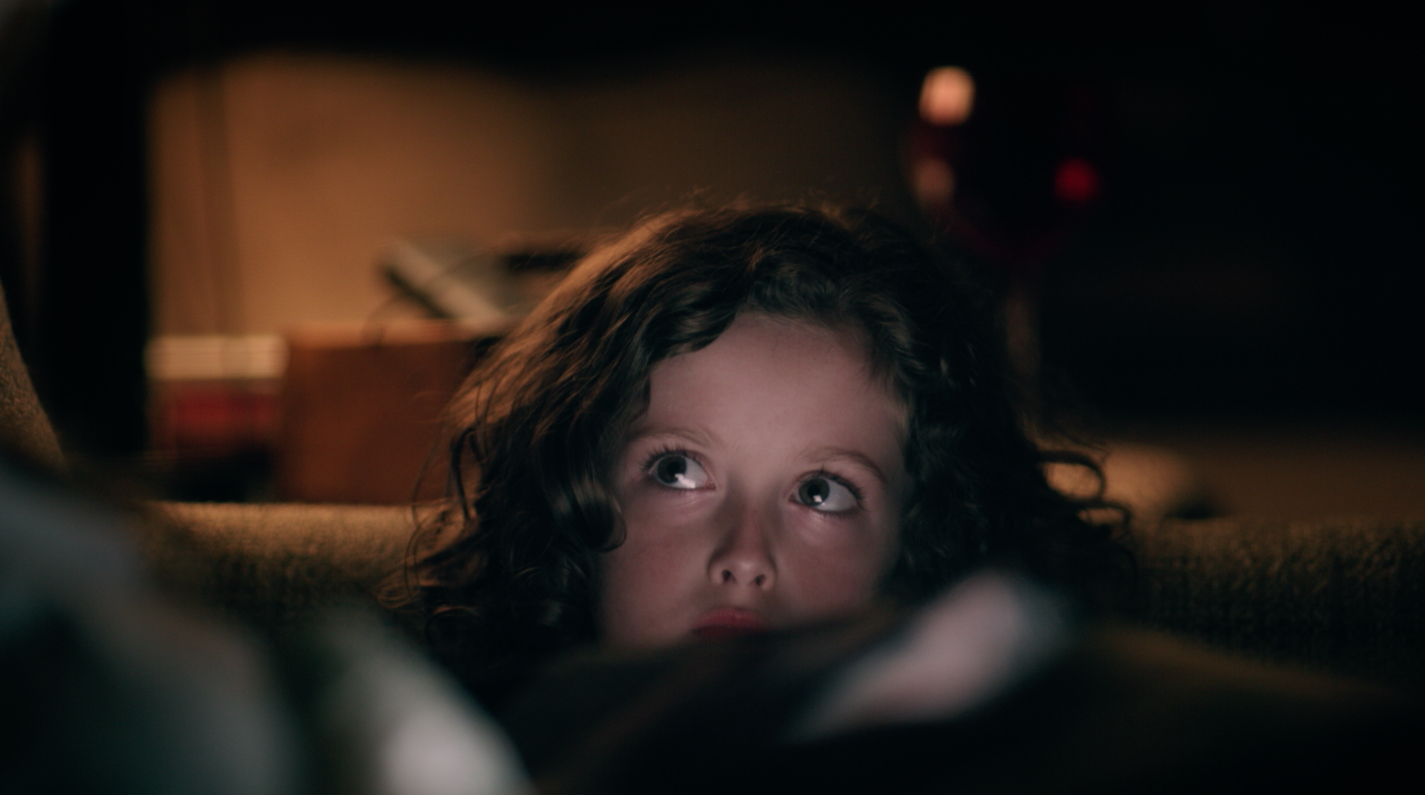 When I was little I was obsessed with bananas. You could only get them when they were in season, so I would greedily devour every last one of them, then spend the rest of the year willing the winter months to return, and with them my beloved yellow-skinned fruit. So I can totally relate to Grace; the overwhelmingly charming 5 year old who lives and breathes for two things, and two things only – milk and cookies.

Directed by Patrick Mulvey and Andrew Scott Ramsay, this seven minute dramedy is an absorbing piece of storytelling that celebrates the blissful innocence of childhood and laments its inevitable passing. With a well-balanced bittersweet centre, glazed with scrumptiously simple narrative and topped with a disarmingly delightful performance by Grace Worthington, every second of the film deserves to be savoured. Milk and Cookies will awaken your inner child, melt your heart and leave you hungry for more.

The film tells the story of a little girl dying to get her hands on some tasty cookies dunked in milk. But she knows mum’s mantra all too well – weekends ok, weekdays no way! We soon catch glimpses of something darker lurking beneath the sugar-tinted lens of childhood though, something far more complex for Grace’s young mind to comprehend. Made on a super tight budget and featuring co-director Mulvey’s niece (who had no previous acting experience), Milk and Cookies does a brilliant job of absorbing the viewer, whilst leaving plenty of elbow room for the imagination. It’s a short which lures you in, sweetens you up and hits you in the feels when you least expect it.

“Milk and Cookies came out of a desire to make something simple, engaging and a little different”, the directorial duo explained to Short of the Week. “We also wanted to try and do something that fit neatly in the medium of short film, we wanted to tell a story that didn’t feel like it was part of a bigger idea. One thing we always hope to achieve is to imbue our pieces with our sense of humor while retaining a sense of heart as well”.

It’s next to impossible not to be completely bowled over by Grace’s character. From the very first scene, when we see her waiting to be picked up, heartbreakingly tiny and alone, some maternal instinct I didn’t know I had, took the shape of a giant ball and lodged itself in the back of my throat. From then on I was powerless against her charms.

Difficult though it might be to shake off that ‘butter wouldn’t melt’ image of the sweet little girl with the innocent eyes and soft, pleading voice, Grace does have a darker side to her. Like when she tells her mum about how pretty her dad’s new friend is, quietly observing her mother’s discomfort. Or the look she shoots her when they are on the sofa, turning those same innocent eyes into something resembling pure evil. But if anything, adding that conniving, cheeky side to her character makes it all the more loveable.

The ultimate brilliance of the short though, is in the way it dances around the more serious subject at its core. There is very little that’s given away through the visuals or the script, but it’s just the right amount to trigger the audience’s imagination into filling in the gaps. And the result is in stark contrast to the syrupy-sweet nature of the narrative we were promised. It’s like a slap in the face, yanking us back from the blissful simplicity of childhood and into the bleak reality of adulthood. What’s even worse though is the realisation that this reality spares no one, not even adorable little girls who just want some milk and cookies.