In an effort to avoid deportation, Vicky Chavez, a young immigrant woman from Honduras, has sought sanctuary along with her two daughters in a church in Salt Lake City.
READ REVIEW
Next Previous 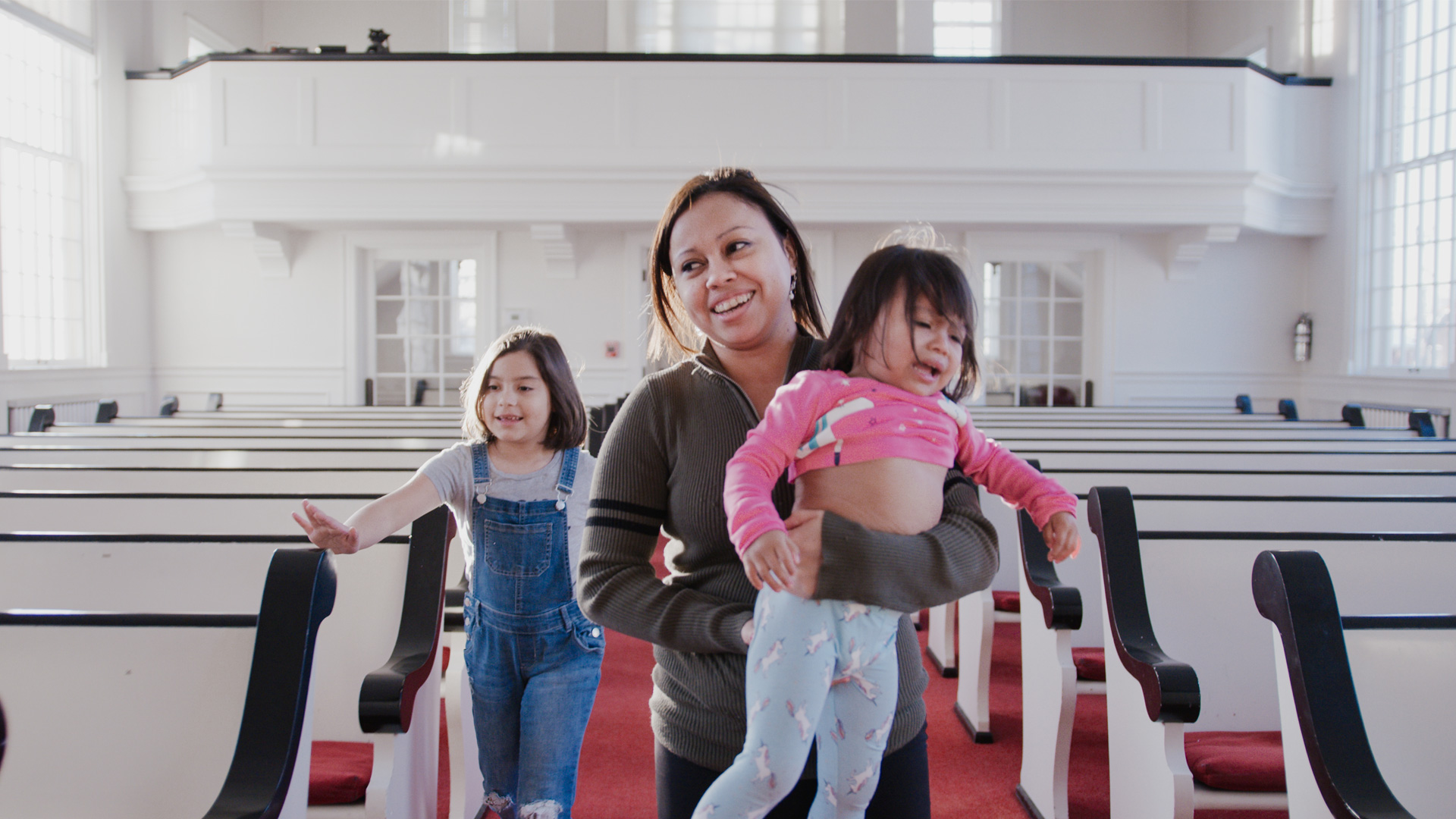 A bit of a confession: I tend to struggle with “eat your vegetables” short docs. You know the type…important subject, well-crafted, but also feels a bit like homework to get through. The kind of thing that is “good for you” but sometimes can be a bit of a slog to actually consume.

Apologies if that sounds dismissive, but I think it illustrates that oftentimes big, complex, and important topics need an unexpected narrative path to serve as an engaging entry point to ostensibly daunting material. Filmmaker Kelsie Moore (S/W Alum, The Gray Area) has done just that with Shelter in Place, a story of an immigrant woman and her two young children who have literally been living inside a Salt Lake City church in order to avoid deportation. It’s a fascinating loophole of semantics, where one is safe as long as they don’t step outside the confines of religious “sanctuary.”

Obviously, immigration is a hot-button issue in the United States, especially in the age of Trump and his madness. But, in an attempt to engage with it, it’s easy to get lost in a rabbit hole of fake news, Fox headlines, and false memes. On the other side of the spectrum, as most filmmakers lean liberal, countless short docs about the subject tend to drift into easy platitudes, finger-wagging, or moralizing.

Moore avoids either pitfall by realizing the importance of telling a simple human story in order to relate a larger point. And, of course, as “sheltering in place” has become a universal practice in the time of Covid, the film has inadvertently found a very topical and timely emotional connection with its intended audience. As we too are urged not to leave our homes, we instantly empathize in what Vicky, the protagonist, is going through. After all, I’m going insane and I’ve only been doing this for two months…Vicky’s been doing it with her two kids for 2 years and 4 months.

It seems an obvious point, but it’s so easy to forget the human cost of a “hardline” approach to immigration—it’s uncomplicated to point at statistics…much harder to reckon with how deportation and draconian policies destroy families or force people into harmful situations. Moore patiently and honestly captures Vicky’s day-to-day life in a way that feels intimate and “real.” Documentaries are by definition non-fiction, but, still, it’s hard to move past the artifice of the cinematic form when making them. I’d argue this doc gets there, creating a connection between subject and viewer that is engaging as a narrative, but never sacrifices verisimilitude in the process. I was especially taken by the quiet grace that Moore, working as a one-person-crew, was able to capture.

As Moore relates to Short of the Week:

“I knew I could share her story in a way that would be intimate and representative of her emotional experience. At least that was my hope. I also hoped to explore the complexities of home, belonging and a female experience through a female gaze. I think this film feels intimate because it was a group of ladies making it, in front of and behind the camera.”

RadioWest films is a cinematic off-shoot of RadioWest, a show broadcast on KUER 90.1, which is an NPR member station in Utah. As a whole, they are doing some really amazing work, finding interesting and engaging stories and telling them with both visual craft and compassion.

While Covid has put many productions on hold, Moore is hoping to DP her first fiction feature if and when production becomes safe again. We hope so too!