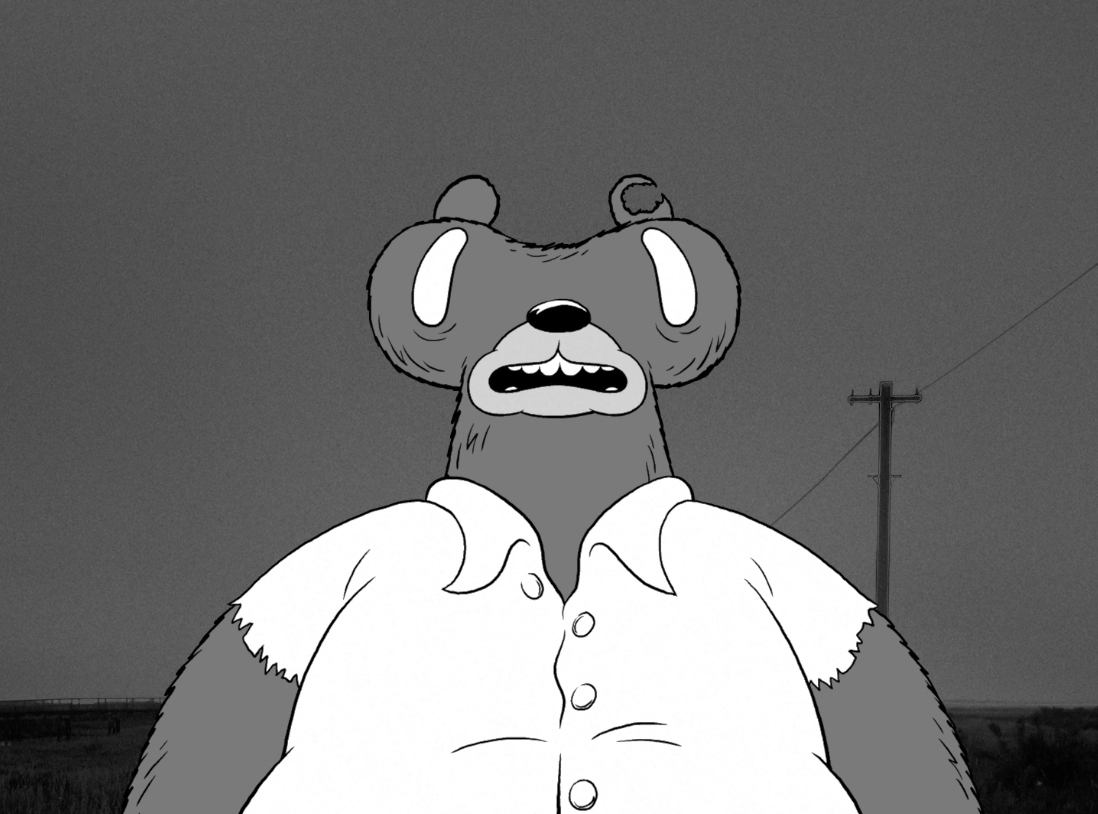 Never before have we understood the meaning of isolation and its emotional impact on our psyche, quite like we do at the present. But imagine for a moment, that instead of just being stuck in your home, you were forced to endure total darkness for a prolonged period of time. This is the premise of Tom Hardiman’s fascinating short Pitch Black Panacea, wherein two people with lazy eyes take part in an unusual experimental treatment (10 days in complete darkness) to correct their disorder.

“Stories that throw up a filmmaking challenge and push you to get imaginative are what I find exciting”, Hardiman explains as we discuss his short and Pitch Black Panacea is certainly imaginative. Employing a mix of live-action and animation, Hardiman’s surreal lyrical filmmaking brings forth a vision of an inky world, where self-reflection can be one’s worst enemy. It’s a truly visceral journey that is well worth the seven-minute watch time.

As a child, Hardiman recalls how his grandfather lost his vision and the hallucinations that came from the blindness, otherwise known as Charles Bonnet Syndrome. It was a memory triggered by hearing the story of a radical treatment where two lazy-eyed strangers were locked away without light, that created the seed for Pitch Black Panacea.

Based on a real life experiment (organized by a couple of neuroscientists) that took place in 2016, the film follows Amy and Carl (both pseudonyms) who suddenly find themselves navigating the hurdles of becoming new roommates – just with the added strain of losing their minds in the process. While at first their situation is almost comical, their grasp on reality quickly spirals into a fantastically experimental animation that represents a mind chillingly pushed to its limits.

Pitch Black Panacea is truly a story of endurance and Hardiman had to find a way to represent what his characters were seeing, without actually seeing it himself. For obvious reasons, this presented a challenge for Hardiman and forced him to get imaginative with the help of animator Chris Cornwell, whose style is both wonderfully playful and quite terrifying.

Harking back to the childlike animations of Max Fleischer (Betty Boop, Popeye, etc), Cornwell’s surreal representation of Amy and Carl – a bear-like creature and a three-headed ostrich – combined with live-action footage, create a humorous contrast between the nightmarish hallucinations they experience and the reality they were quickly losing sight of.

“It’s the storytelling possibilities, the jump between live action and animation that gets us right with Amy and Carl on their hallucinogenic voyage with a Disney-esq twist”, Hardiman tells Short of the Week. Reminiscent of Pink Elephants on Parade, the infamously trippy scene from the 1941 Disney animated feature Dumbo, Pitch Black Panacea combines fittingly black and white visuals with a score (Daniel Brandt) and soundscape that invite you to sink into your seat as you watch its protagonists descend into madness.

Pitch Black Panacea is an official selection of the Clermont-Ferrand Film Festival and Aspen Shortsfest 2020 and is just what you need to put your self-isolation into perspective. If you are as afraid of the dark as I am, this is nightmare fuel.