Jenny breaks free from a toxic friendship and learns to harness her magical, useless superpower.
READ REVIEW
Next Previous 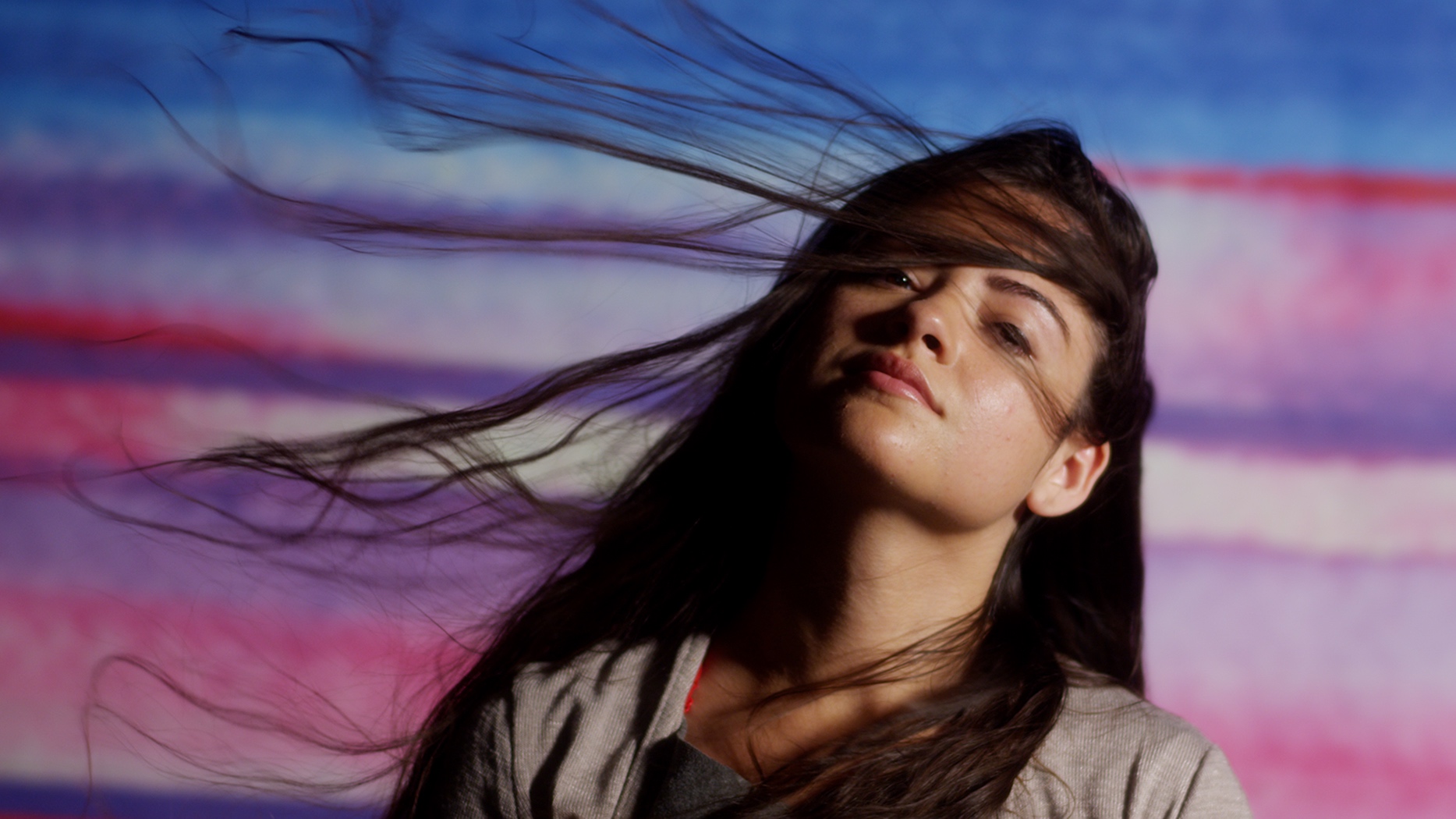 Exploring the notion of toxic friendships, with manic energy and bat-sh*t crazy inventiveness, Christopher Good’s Crude Oil follows two “best” friends with an unusual set of superpowers. This 15-minute absurd dramedy, which had its festival premiere at Sundance 2019, employs an elliptical rhythm and capricious magnitude to create a viewing experience I can only liken to a smorgasbord of sensual overdrive. It’s a film difficult to describe, but impossible to ignore.

Narrative feels almost as if it’s playing a supporting role in Good’s frenzied film, with the short’s verve and vigour hogging the limelight, much like your drunken, extroverted friend at a party. Describing the nuts and bolts of the story is a slight detour from what really makes this film shine, but here goes:

The film’s heroine Jenny, played by Crude Oil’s producer Adreina Byrne, has the ability to make people smell things. Whatever she can imagine, good or bad. Pretty cool, but in reality…actually quite useless. Her best friend Lynn (Tipper Newton), on the other hand, has the power to possess people. The two women reveal their secret powers to each other only after they (are about to) part ways.

One day, when Lynn tells Jenny that she is sad that she can’t attend a party in her hometown, she nonchalantly asks her friend if she could possess her for the evening, treating the query as if she were casually asking to borrow a lipstick. The request and its ramifications not only lead to a crack in their friendship, but also effects Jenny’s relationship with her boyfriend Ken (Josh Fadem), who develops an invigorated sexual desire for Jenny after she’s possessed by Lynn and acted as the life of the party. Naturally, a whole new and complicated level of jealousy erupts.

It’s worth noting that just because a film is hard to pin down doesn’t mean there’s an inherent quality in that itself. But with Crude Oil, writer/director Christopher Good has managed to create a mosaic of weird vignettes from his protagonists lives and their dysfunctional relationship, elevating the arbitrariness in the short to another level. Which isn’t to say that anything in the film’s story or execution is accidental. The last scene with its “Kool Aid Man” – style finish might be a bit too much, but it figures perfectly into the rest of the hallucinatory, fast-paced narrative structure.

Apart from Good’s crafty filmmaking, Crude Oil also has a lot of heart. Anyone who has ever been let down by a best friend, knows that disappointment can be similar to the crushing feel of heartbreak in a romantic relationship. The film also grapples with one of the Millennial generation’s (which I’m admittedly a part of) biggest fears, as self-absorbed as it might be: What if I know that I’m special and nobody else can see it?

As Jenny tells her boyfriend one night in bed, “I feel like I’m wasting away, like wasting my potential,” he simply relies, “I think that’s normal, everyone feels like that sometimes.“ I mean, her special talent is making other people smell stuff, but still…