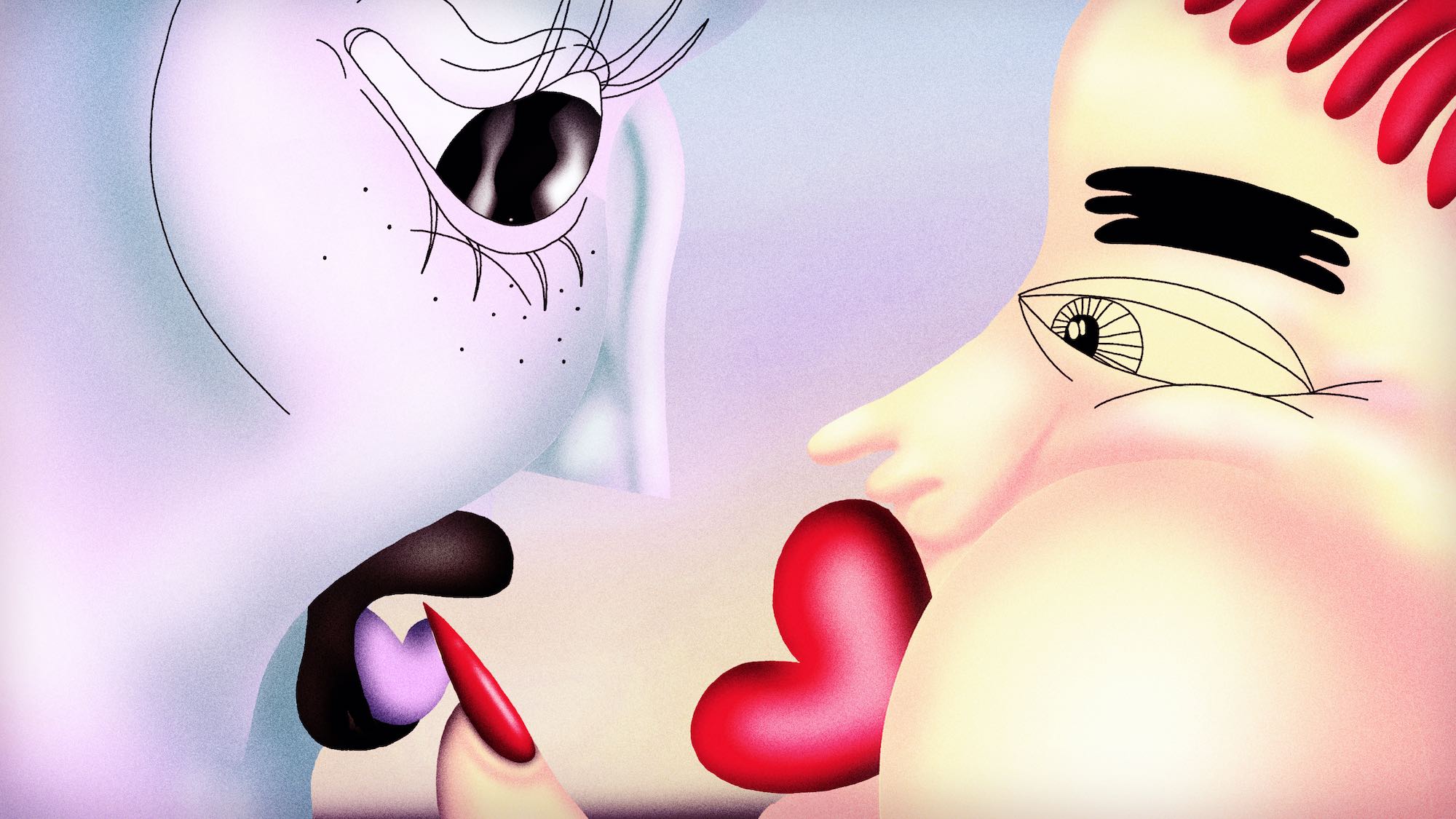 Eighteen months ago, the BBC aired a programme of animated shorts that it had commissioned in a one-off initiative with the British Film Institute. Sophie Koko Gate’s Slug Life was scheduled last, understandably late in the evening. Coming after a dozen middle-of-the-road films, its crudeness hit like a gale of fresh air. This may be the most flamboyantly ugly thing ever to be funded by British taxpayers’ money, which is saying something.

I mean that as a compliment – few films flout notions of good taste as gleefully as this one. Consider the story: a woman named Tanya (voiced by Short of the Week’s own Jeanette Bonds) lab-grows a slug to have sex with. Nor does her experiment even seem that outlandish in the world she inhabits, a languorous seaside enclave populated with glam freaks, small insects and drooling birds.

The design revels in the messiness of organic matter: teeth and veins are emphasised, and frames are randomly overlaid with squiggles that resemble floaters in your eye. The characters are grossly deformed, but their soft airbrush texture gives them a certain sensuality. This territory is familiar from Gate’s earlier films Darcy A/S/L and Half Wet, two more queasy meditations on science and bodies.

When I ask her what inspired Slug Life, she gives a bracingly literal answer. “[After moving alone to Berlin,] I spent my evenings watching slug sex on YouTube. The warm world of slug life kept me company from the sudden uprooting of my life and extreme sexual frustration that followed.” The film’s sci-fi premise works nicely as a prompt for Gate’s imagination – the influence of her idol Sally Cruikshank is felt in the creative anarchy on display.

But Slug Life is also a blunt expression of carnal thirst. Just as it does away with aesthetic niceties, it also strips female sexuality of all romance and snaps it out of conventional gender dynamics. Tanya is horny, and she acts on that with complete autonomy. She doesn’t need a man. It’s no coincidence that she ignores the attentions of her male housemate, with his big erect phallus of a nose, and goes for a flaccid creature instead. (In a suggestive exchange, the slug asks, “Where are my bones?”, to which Tanya replies: “You don’t want bones, slug. They just get in the way.”)

As I watched this on the BBC, my mind turned to the 1980s heyday of British artistic animation, when the public-service Channel 4 pursued an enlightened policy of funding freaky, freewheeling short films. Slug Life has something of that spirit, and I love it for that. I’m not alone: the film has won prizes at heavyweight festivals like Ottawa, SXSW and GLAS, where it took the FXX Elevation Award. As a result of that last prize, she is now making a film for Disney’s FX channel. She’s also developing a series with Sony Pictures Animation and a feature film. Let’s hope Gate’s deviant sensibility survives the transition to big-studio production.