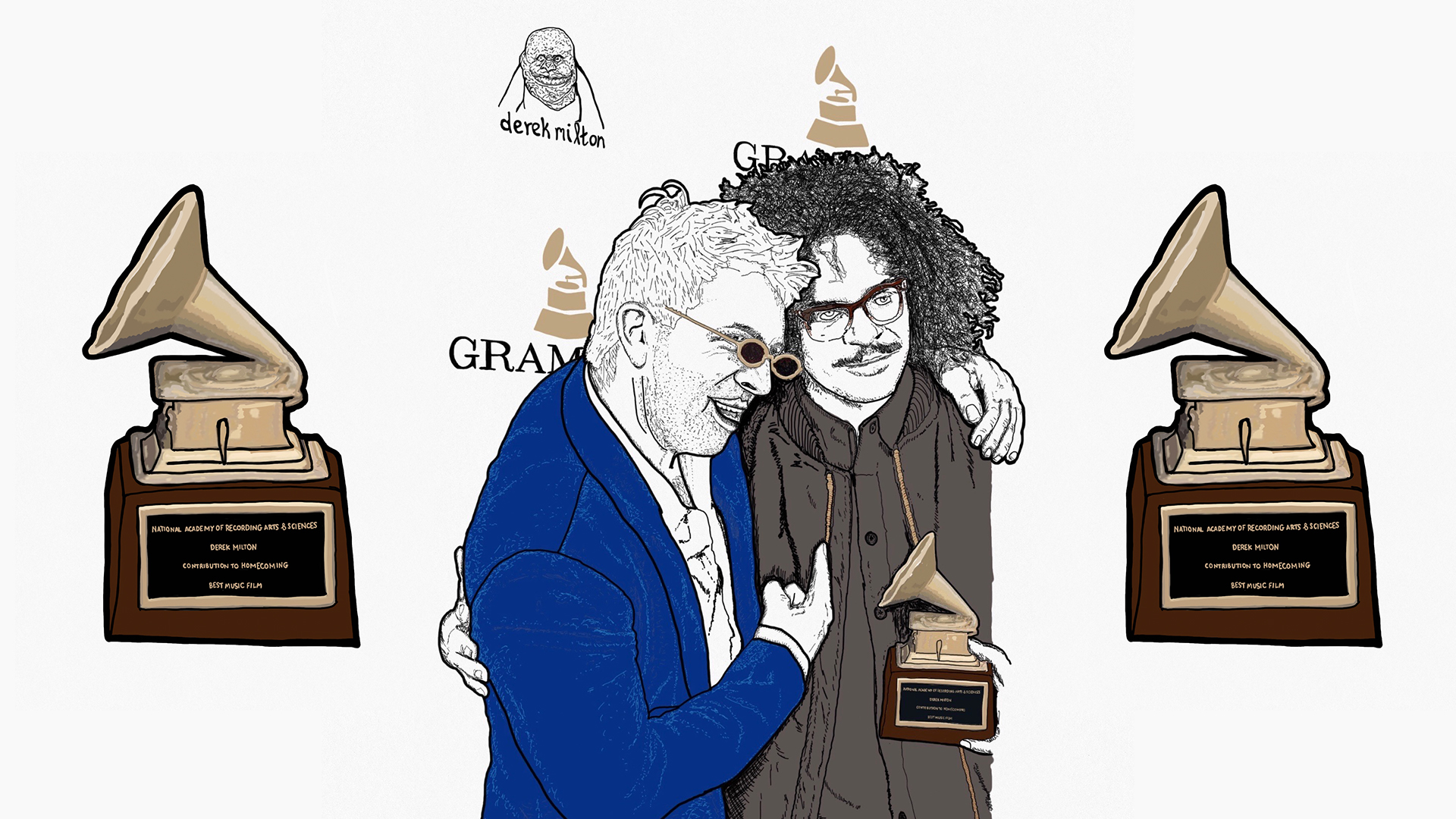 Los Angeles is the kind of place where bold claims are propped up by sheer bravado. Talent is important, but guts will get you further, and you need a certain kind of courage if you want to impress the god-like gatekeepers who grant entry to the parties, people, and jobs that will get you where you need to go. After all, if you don’t see yourself as what you want to be, how will anyone else?

Derek Milton’s Getting a Grammy is about a filmmaker who gets caught up in a little white lie. After receiving a number of messages from friends asking if he won a Grammy for his camera work on Beyonce’s Homecoming, Derek decides to go along with it and take the fib to its logical conclusion. Deciding to throw a party to celebrate his fake success, he sets out on a search for a physical Grammy, to complete the lie. What follows is a hilarious quest filled with favors from friends, unreliable narration, and a litany of mishaps and setbacks.

The film may feature lo-fi production values, but it has a handmade texture that makes you feel like you’re listening to a good friend tell you about the most ridiculous thing they ever did. It doesn’t feature much filmed content at all, and it might be better for it. Rather, it’s made up of a mixture of phone screenshots, voiceover, recorded audio, animation, and dubiously done photoshopping. It’s the kind of film that shows that you don’t need a twenty thousand dollar camera to make an entertaining film – you just need a silly idea and the confidence to pull it off.

In a way, Derek’s film takes us behind the scenes of the perfect social media moment and deconstructs the artifice surrounding perfection; he shows us that photos can be exceptionally deceptive, and that the truth often lies outside the frame, propping up a false narrative like platform heels. In doing so, he makes a valid point that the pressure we’re put under to live cool lives is exhausting – we all want to live the kind of lives we told our friends back home we’d live someday, and sometimes it’s easier to pretend that everything’s going well, than to show the world that we’re not quite there yet.

The film serves as a hilarious admission of guilt, but it also reminds us that filmmaking is one of the most collaborative art forms out there, and it takes a village to get things done. Getting a Grammy wouldn’t be as interesting if it didn’t feature Derek’s friends and collaborators, and it makes an insightful point about big shiny awards, which tend to be given solely to producers instead of being shared by a film crew. Producers may make sure that a film gets made, but there’s an army of people below the line that work hard to make sure that a film or a tv show is as good as it can possibly be, and maybe awards should reflect that fact.