**CURRENTLY OFFLINE** Set in a dystopic world, a young girl runs for her life while cameras broadcast the action. A violent and tender declaration of love to memories that allow us to love unconditionally, and to dream and hope.
READ REVIEW
Next Previous 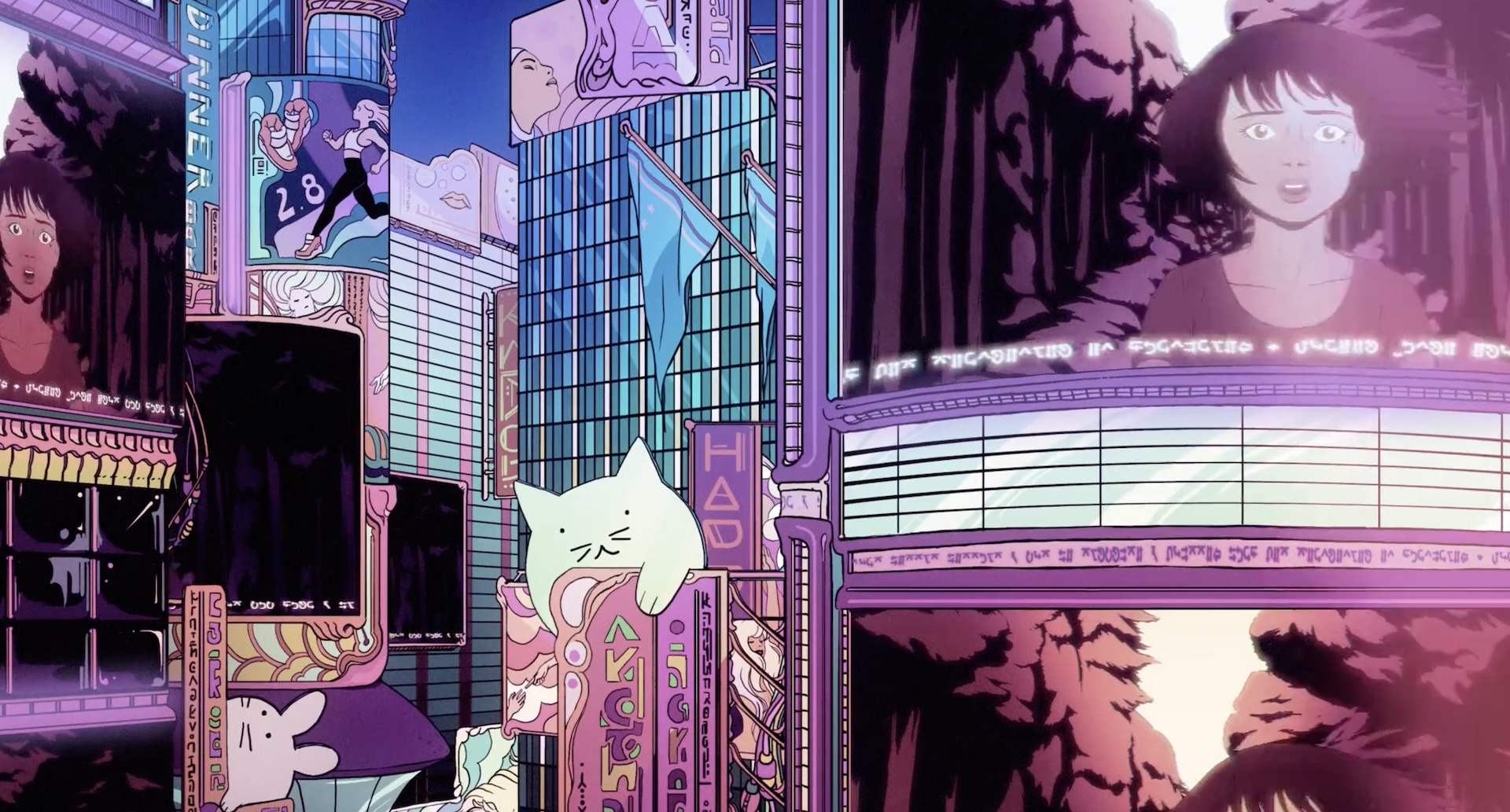 The best dystopic fiction has an immense capacity for provoking emotion. The stakes are so high—often life or death—yet, despite its potential, it is rare that I find myself genuinely moved by the genre when explored through short film. These pieces are often very effective at raising my adrenaline via their frequent action sequences, or in spurring introspection with their themes, but emotional gut-punches are not common.

My supposition is that the high concepts the genre employ create a distancing effect—they are capable of engaging intellectually, but only by muting relatability the way a more grounded drama might. It is almost as if a fascinating premise and empathetic character work are inversely proportional—there is only so much space in a short film, and thus the more care placed into larger world-building necessitates a diminution of character specificity. Therefore I’m fascinated and borderline obsessed at the moment with MOM, a new animated short film that doesn’t smash through this quandary so much as nimbly sidestep it—opting to double-down on archetypes and largely eschew expository world-building in favor of a propulsive and hypnotic momentum that is almost all sensation and affect. French-Japanese illustrator and artist Kajika Aki utterly wows us with her 9min short that brings grace, style, and a rare degree of emotion to the dystopic short film genre.

MOM is not revelatory in premise, it basically borrows its concept from innumerable sources, most recently and notably The Hunger Games. Beginning in media res, a young girl is pushed into the woods and forced to run, the action intercut with ominous images: rising smoke, barking dogs, hidden cameras. She is to be hunted, and her terror and demise will be broadcast live to viewers for their consumption.

Why? For what purpose?  Aki doesn’t seem to care very much. Ordinarily, you would think that would be a problem, but in MOM the derivativeness of the plot is transformed from a weakness into a strength. By choosing a concept so familiar the director is able to plop the viewer directly into the action and focus wholly on observation: the quickening of the girl’s breath, the spittle flying from a dog’s mouth, the pounding of horse hooves, showing off an intense and unusual preoccupation with composition, atmosphere, and rhythm.

The film can be accused as an empty exercise in style, potentially even a cynical one, and certainly, it would not be as effective if it weren’t so attractive. Aki draws from a heavy graphic influence for the art, with thick black lines that remind us of comics and crossover animators like Dash Shaw. The most relevant reference is probably the recent short film Les lèvres gercées from the Parisian school Gobelins, where she was briefly a student. Second only to the art for pure appeal is the film’s sound design, with its eerie lingering tones and static feedback sharply punctuated by crystalline barks. Théophile Loaec and Arthur Dairaine craft an absolutely absorbing and hypnotic soundscape that is simultaneously unobtrusive, perfectly complementing Aki’s attention to the sensory details of her character’s nightmarish predicament.

The care in both facets tilts me away from regarding the film as vacant and towards appraising it as an absolutely moving exercise in empathy. The lack of traditional narrative scaffolding is not flaw, but a deliberate omission. There is a sense of lyricality to the senseless tragedy of the film’s plot that is best described by mono no aware, a Japanese concept that is deeply embedded in the country’s artistic culture, where a beautiful sadness is spurred by the recognition of the impermanence of all things. Aki’s lingering and poetic focus on the ephemera that surrounds the chase, on the girl’s perceptions and relations to the natural world, and, in the climax, the character’s heartbreaking resignation to her fate, are all highly evocative of mono no aware in a way rarely seen outside Japanese media, and even there, rarely applied to high-concept genres.

This presentation, intertwined with flashback sequences, absolutely devastated me, and results in a work that I hold in high regard. Aki achieves a wonderful fusion of her ancestral heritage in the guise of a genre thriller, subverting the form and its propensity for exploitive violence in a profoundly humanistic way that I’ve rarely seen. It is an exciting debut and a bold announcement of a rare and vital new talent in the world of animation.