A woman finds herself trapped in a public toilet cubicle with a man, whose intentions are not entirely clear, outside the locked door.
READ REVIEW
Next Previous 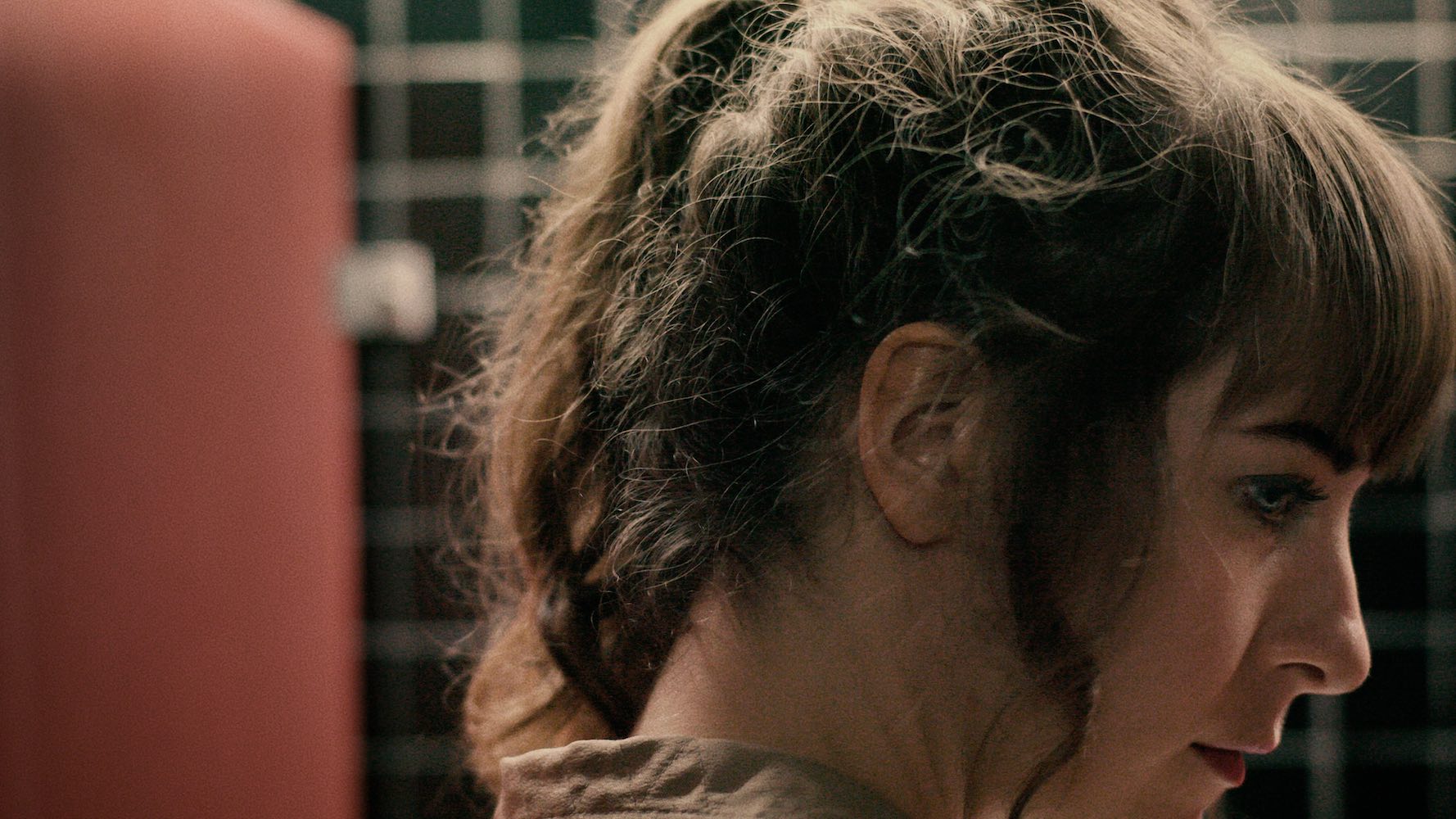 I hate the toxic plethora of emotions that feeling vulnerable unleashes inside me. The paralysing dread, the niggling doubt, and, most of all, the embarrassment of feeling vulnerable in the first place—as if acknowledging it proves that I’m a silly woman at best, and a weak one at worst. Co-directors Madeleine Sims-Fewer and Dusty Mancinelli dive into the psychological depths of the subject matter and resurface with their claustrophobic thriller, Woman In Stall.

Unspoiled by music or fancy cuts and grounded by a faultless performance by Sims-Fewer herself, this 10-minute short is so gripping it makes it almost impossible to breathe or look away. It’s an exercise in wrong-footing the audience, one that will leave you both exhausted and exhilarated.

Running late for a job interview, a young woman rushes into a public restroom to change, only for a man to walk in behind her and start a conversation on the other side of the locked door. Trapped inside and uncertain of the stranger’s intentions, the woman must carefully consider her next steps.

Stripped of any editing techniques or sound design to steer the viewer’s thoughts, and shot almost entirely inside a small toilet cubicle, Woman in Stall has a deceptively simple narrative and setup. But in reality, it’s a much bigger challenge to employ so little and deliver so much, and the directorial duo has certainly risen to it by producing a supercharged short, which gets under the skin and lingers long after the credits roll.

Is lack of trust at the heart of gender inequality? And how do we judge if someone’s intentions are well-meaning or threatening if we can’t see their face? These were some of the questions that sparked the idea for the film. The short was also, for a lack of a better word, inspired by an uncomfortable incident Sims-Fewer experienced on the London underground—something many women, myself included, will be able to relate to.

“Woman in Stall shows a woman’s experience of an encounter with a stranger from a side that men are often completely oblivious to: exploring the way in which women consistently feel threatened and vulnerable. We hope this film will spark a thoughtful discussion around these timely issues and challenge the way people choose to relate to one another” Sims-Fewer and Mancinelli shared with S/W.

With the film completely free of visual or auditory distraction, the task of bringing out the unsettling mood and escalating tension falls heavily on the actor’s shoulders, and Madeleine Sims-Fewer pulls it off impeccably. We remain captivated as a whole spectrum of emotions run through her face, and when suspicion and intrigue morph into panic and dread, we too experience these as fiercely as the character, making it impossible not to care or empathise with her.

Woman in Stall will undoubtedly divide audiences who will feel a natural urge to pick sides and draw conclusions. But there are no clear-cut rights and wrongs here, and the answers linger somewhere between the two, which is why so many fail to identify them. The film does an excellent job of shining a light on in this grey area, but will it be enough to guide the blind?