A pack of wild dogs roams through an abandoned housing project. Something feels wrong.
READ REVIEW
Next Previous 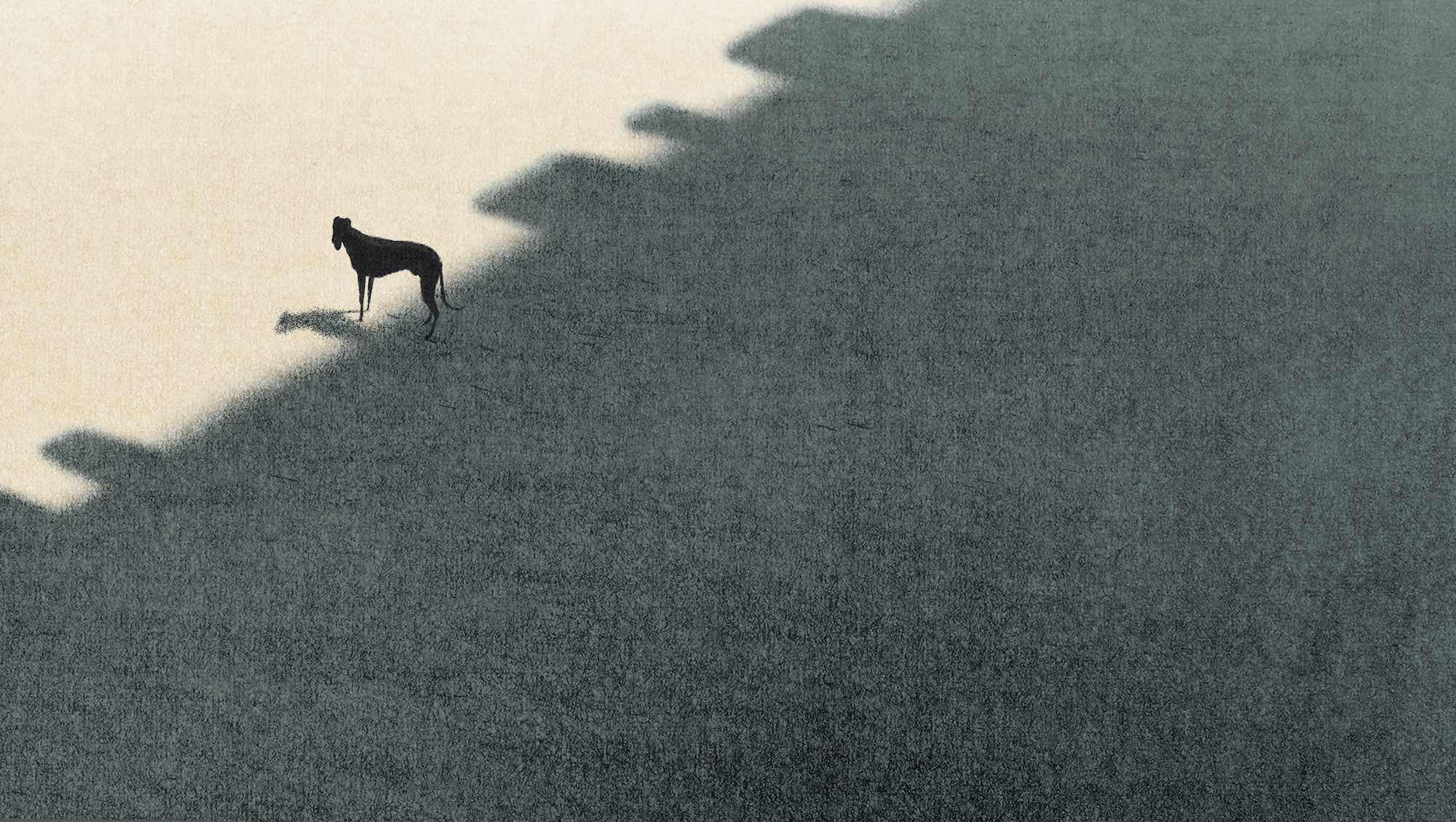 You can’t plan this kind of timing. Almost five years after its premiere at TIFF, Peripheria has landed online in the midst of a health crisis that has emptied our streets and exposed the vulnerability of our society. What better moment to watch this apocalyptic portrait of an abandoned housing project?

David Coquard-Dassault is fascinated by urban developments, which also formed the setting of his first short L’Ondée. But whereas that film showed a city brought to a halt by heavy rain, the world of Peripheria is in a more long-term stasis: the population has simply vanished. No explanation is given, and while the climax suggests that humans haven’t left the planet altogether, the film isn’t interested in spinning a conventional dramatic narrative. Everything it says about our species is expressed through the high-rises themselves, which stand like giant tombstones on our decaying civilisation.

Peripheria is a masterclass in design. Coquard-Dassault, who drew the backgrounds, comes from a background in illustration, and it shows. He explores the Brutalist architecture of his buildings in one bold composition after another, exalting their forbidding geometries in establishing shots before drawing in to reveal eerie details: a deflated football, graffiti that hint at religious upheaval. The atmosphere is heightened by the sparse soundtrack, which mixes ominous timpani beats and bell chimes with ghostly echoes of the former inhabitants.

The place has literally gone to the dogs. Our guides through the space are a pack of wild greyhounds, which roam around, probing the remains of human activity. There’s something disquieting about them: we know dogs primarily as domesticated animals, so their feral behaviour here is yet another reminder of the absence of people.

Although rendered in 2D, the hounds were created as 3D models, which the animators manipulated frame by frame in a kind of virtual stop motion. This process has the uncanny effect of making them seem at once organic and slightly mechanical. They are almost the only moving elements in the film, and their presence emphasises the monolithic stillness of the buildings. Coquard-Dassault likes to describe his work as “illustrated film” rather than “animation”. Perhaps this is what he means.

Peripheria is partly a tribute to the grandeur of its setting. The intermittent organ music underlines the point: housing projects are latter-day cathedrals. They are mighty, melancholic things, symbols of a postwar idealism that swiftly faded.

This social context haunts the film, too. The Parisian suburbs on which it is modelled were built on utopian aspirations, but are now notorious for their social deprivation; Coquard-Dassault drew inspiration from the riots that swept ghettos across France in 2005. These places tend to draw the wider public’s attention only at times of crime or unrest. Peripheria bluntly reminds us of their existence. By patiently observing a project, it raises the questions: What do these environments say about the society that built them? How do they shape the communities that inhabit them?