Anton is lost in his own head until one day a yellow boot brings him to an exit.
READ REVIEW
Next Previous 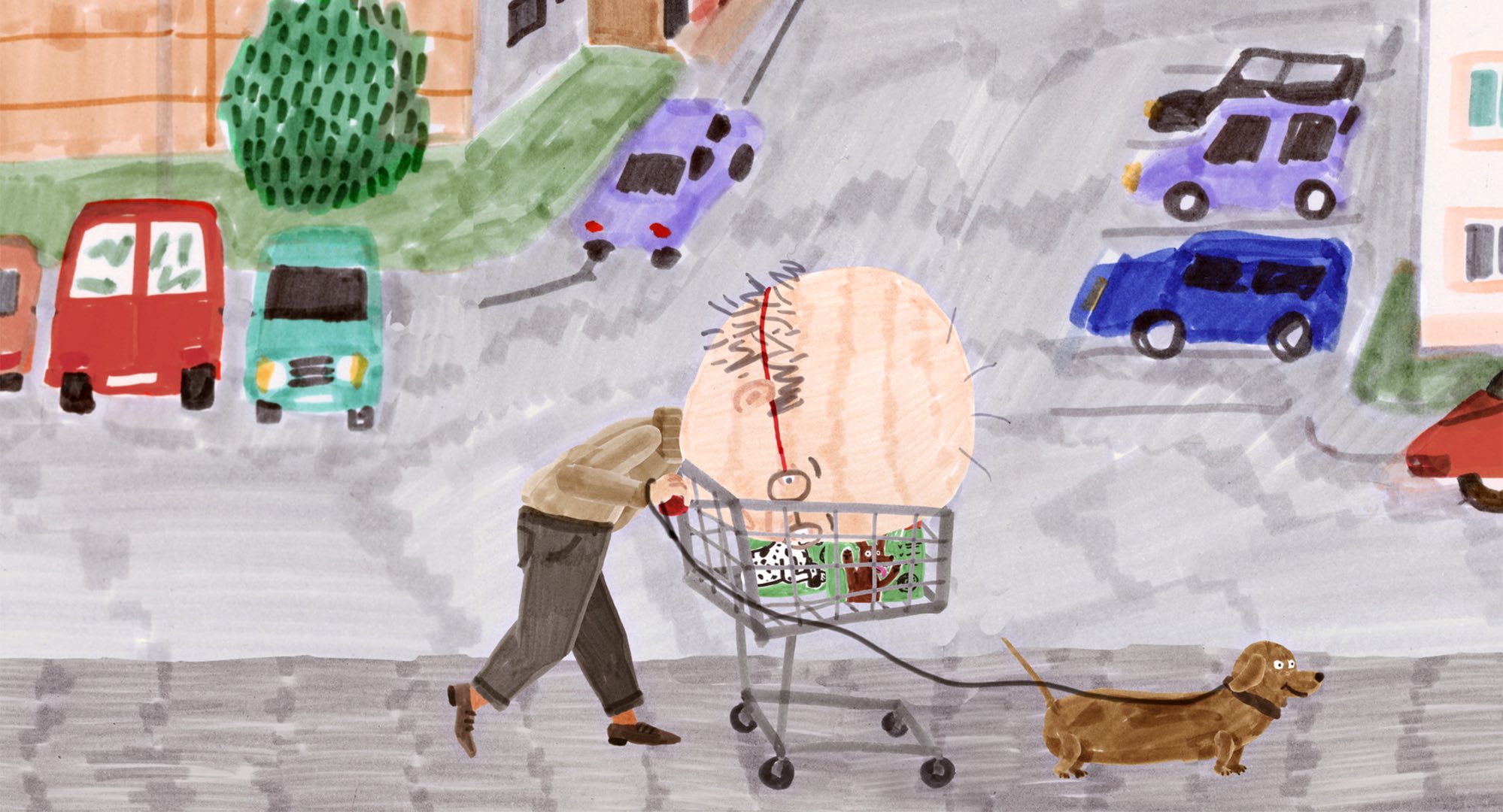 Can’t switch off at night? Ever feel like your head is going to explode from overthinking? Don’t worry, Anete Melece is here to help, with her festival favourite short animation, Analysis Paralysis—the story of a man lost in his own head. Following the hapless Anton as he desperately searches for someone to play chess with, Melece’s nine-minute short is brimming with lovable characters, charming style and a playful sense of humour.

Motivated by the success of her first film The Kiosk, Melece used the pressure she felt to follow-up the acclaim of her debut short, and moulded those expectations (and the overthinking that came with it) into the narrative of Analysis Paralysis. “Making a film is better than all the time thinking about making a film”, the director admits, adding that “it’s not easy to work under such a pressure, so in a way I turned this “problem” into an idea”.

With its main character overthinking every decision he makes in pursuit of perfection, Analysis Paralysis’ most redeeming feature is the relatable nature of its narrative. Like a lot of great stories, Melece pushes an everyday scenario to a fantastical extreme, but this subject is something universal—everyone is prone to a bout of procrastination every now and then.

“I wanted audiences to be able to empathise with Anton’s problem”, Melece reveals. “Most of us at some point have found ourselves in situation where we are overwhelmed by different choices. Making a step, doing something is always better than endless thinking about it because that can make us even more paralysed. Even if it turns out to be a failure, it was a necessary failure in order to learn something”.

As someone with a nine-to-five, two kids and a Managing Editor/Senior Programmer role at Short of the Week, I could certainly relate to the idea of an overstuffed head and how juggling so many decisions can lead you to a mini (or sometimes major) meltdown. The secret, as Melece suggests, is action over inaction. The act of doing the task is often easier than all the thinking that comes before it.

With everything in Analysis Paralysis drawn in felt-tip pen, there’s a homemade allure to Melece’s short than only intensifies the charm of the film. That DIY feel certainly doesn’t result in the film feeling amateurish however, much like The Kiosk, there’s a precision at work in Analysis Paralysis that reveals the attention Melece puts into her work.

Also much like her previous film, the filmmaker’s latest short avoids dialogue in favour of physical comedy to win its audience’s hearts. From bucket helmets to a scene-stealing sausage dog, Melece knows how to weave a good yarn without the need of conversation driving the narrative.

Now working on illustrating several children’s books for publishers in Latvia, Sweden, and Switzerland, Anete is also having the picture book version of The Kiosk translated into many different languages, including English (coming out in October by Gecko Press).

She also hopes to work on a new animated film in Autumn 2020. If she found the success of her first short unexpected and the pressure of making the second inspirational, we can’t wait to see what her third venture into the short film arena yields (just don’t overthink it Anete!).