A kiosk worker dreams of escaping her restrictive workplace, but her sweet tooth and monotonous life has meant even getting out of the exit is troublesome
READ REVIEW
Next Previous 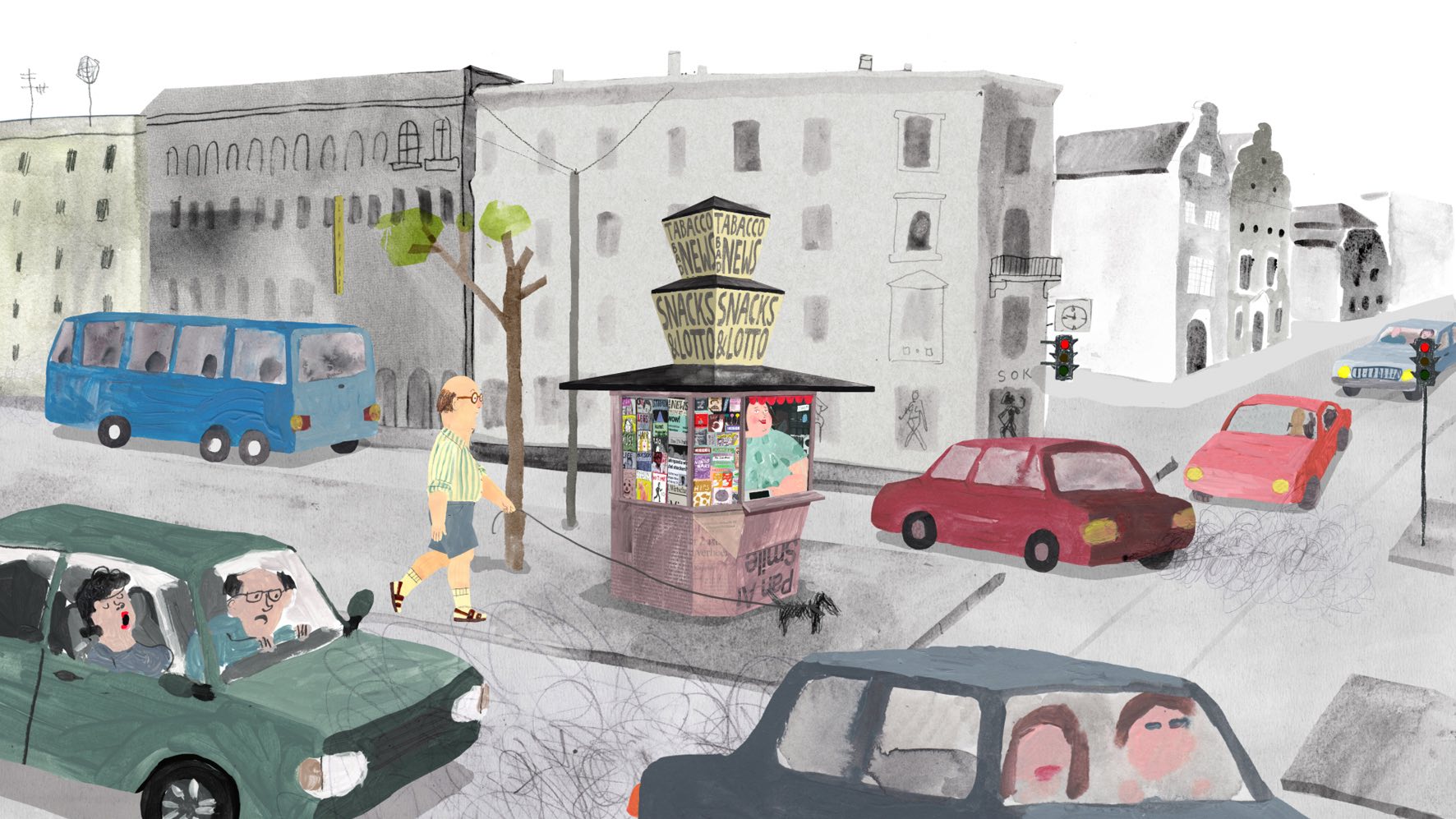 Inspired by her own feelings that her life was becoming restricted by her job, Anete Melece’s animated short The Kiosk was not only a way for her to exercise those frustrations, but the begins of a journey away from the world of advertising and into the land of filmmaking. A move she describes as allowing “much more freedom for personal expression”, Melece’s film is a charming and relatable piece about allowing yourself to reach for your dreams, however far away they may seem.

Whilst the central character of Melece’s film may be literally confined by the physical restrictions of her job, the notion of feeling trapped by one’s workplace is something a lot of us can connect with. Finding a balance between work and your personal life is often a difficult thing and achieving job satisfaction can be even harder. But what can you do? Dare we dream of a better life or do we just “knuckle-down” and make the most of what we have. For Melece’s kiosk worker, it’s a case of the latter until events force her to break-free and explore new avenues.

With dialogue pretty much taking a backseat in The Kiosk, the film relies heavily on visual comedy and a fun aesthetic to keep viewers hooked. Characters are playfully stereotypical, from the heavy smoker to the heartbroken woman, and though its the well-rounded protagonist who steals the show, you can’t help but smile or chuckle at each little cameo from Melece’s well-considered supporting cast.

Created as her graduation film at Lucerne University of Applied Sciences and Arts, the film took almost two years to complete, with Melece finishing her course with an animatic for The Kiosk and taken another year to complete it.

Anete’s latest film Analysis Paralysis has been impressing film festivals audiences worldwide over the last couple of years (I managed to catch it twice last year – and thought it was brilliant!) and she’s now developing a new animated short, whilst also working on an exhibition piece that will be shown at the comic festival Fumetto in Lucerne.