A group of coworkers try to rescue a dog locked in a hot car. Chaos ensues in a single shot.
READ REVIEW
Next Previous 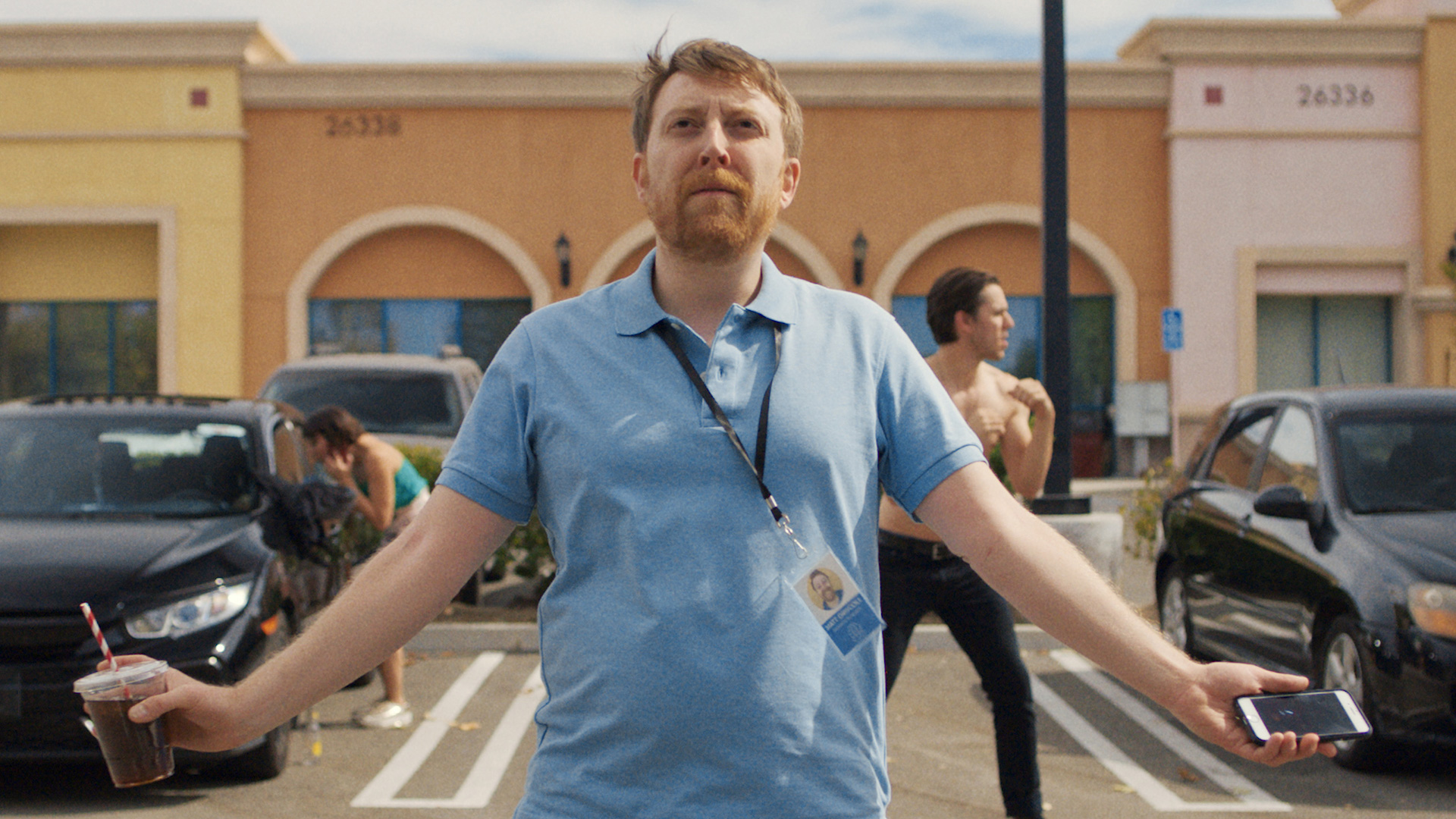 If you follow the short film landscape with any regularity, then you’re probably already aware of the rising trend to make “single take” shorts (hell, even I made one).

Leave it to Short of the Week favorite Patrick Muhlberger (The Katy Universe, Pop Music), though, to craft a oner with such energy and polish that it somehow doesn’t feel like yet another entry parroting an established technique. Rather, Hot Dog, feels fresh— a controlled bundle of manic energy about a dog locked in a car that starts simply and quickly escalates into insanity. Oh, and did I mention, it’s a comedy?

It seems a minor point, but barring a few exceptions, single take films are rarely outright comedic. The style lends itself to naturalism in that it allows a filmmaker to capture small human moments without the interference of edits: a true “fly-on-the-wall” execution of cinéma vérité. But, Muhlberger uses the technique to essentially do the opposite. With a constantly moving Steadicam, it’s a Tilt-a-Whirl of a film, sprinting and pirouetting from moment to moment. When it comes to camera movement, this is about as dynamic as you can get without getting motion sickness.

Muhlberger compliments the visual craziness with a zany cast of characters—each broadly drawn, yet uniquely hilarious. There’s the sad sack corporate drone in an ill-fitting polo shirt (the hardest working actor in shorts, Elisha Yaffe), the basic bro (Gabe Gibbs), the well-meaning, but ditzy social media obsessive (Vic Michaelis). Everyone is a trope, but Mulberger knows how to tweak the stereotypes just enough that the joke-writing doesn’t feel lazy or cliché. It’s all so intentionally in-your-face that it’s hard not to smile as the circus unfolds.

As Muhlberger writes to Short of the Week,

“I wanted the camera to be subjective and as active as the characters in the scene. We decided that Matt (Elisha Yaffe) was a beehive, and everything else was a bee buzzing around him. At least that’s my artsy justification. In the moment, I was probably just yelling ‘spin more, spin more!. at the Steadicam op.”

Since a comedy’s effectiveness is inherently dependent on timing, it’s amazing how well-planned the single-shot is. All the jokes and visual gags hit at exactly the right moment. In a conventionally shot film this sort of thing would be tweaked in the edit, but Muhlberger literally achieves it in real-time (no digital stitching was used). Highly impressive stuff!