Duncan and his dog Oscar go on their weekly camping trip into the wilderness. But this trip, when Duncan looks out into the woods, something out there looks back
READ REVIEW
Next Previous 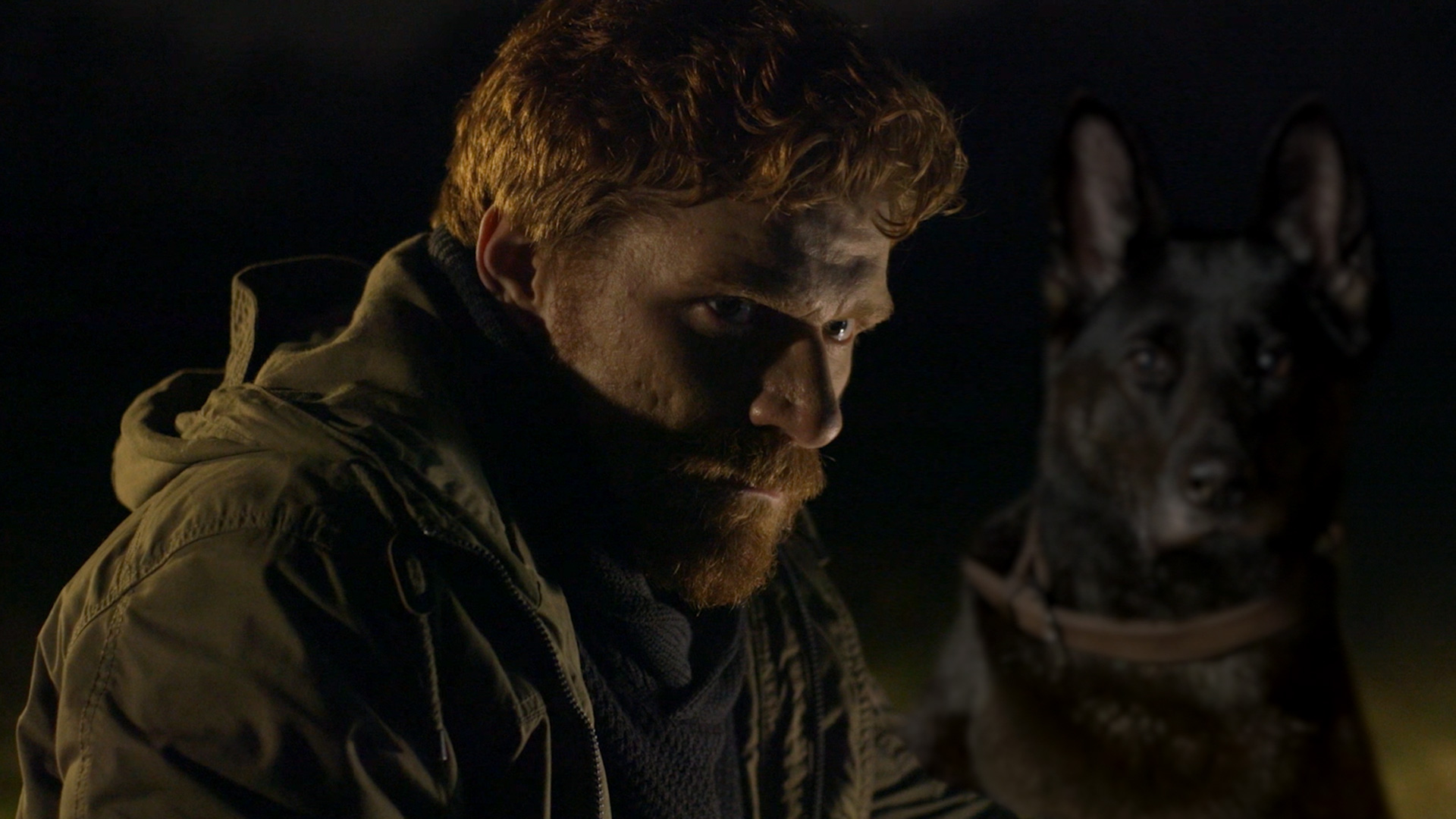 In a short landscape that has been flooded with high-concept or “art house” horror, a film like Oscar’s Bell  feels practically subversive: it’s an old-school genre scare flick, plain and simple. There’s no subtextual metaphor underlining the plot (It Follows) or socio-political commentary (Get Out). It’s not trying to subvert or mess with established genre tropes. It’s just pure, well-executed creepiness.

That might be disappointing on one level: Oscar’s Bell isn’t exactly unique or innovative. But, director/co-writer Chris Cronin’s film is very well-executed. That might sound like faint praise, but I assure you, it isn’t. There’s no shortage of short horror films being made nowadays, but it’s rare for one to legitimately creep you out. In that respect, Oscar’s Bell really delivers. To be sure, there are jump scares a plenty, but the film’s real selling point is how expertly it crafts the moments leading up to the inevitable popcorn-tossing scares. Cronin really toys with tension and expectation in legitimately thrilling ways—a never-ending roller coaster lift hill that just keeps clanking up towards your doom. The film is stock full of so many breathless moments, that I lost count.

Even the film’s conclusion is more satisfying than you’d expect. Short horror fans are no doubt familiar with the inevitable “monster hit/cut to black,” but Cronin stages this not as a stereotypical shock moment but rather as a clever narrative reveal—a sort of “the monster was in the house the whole time” reversal that feels organic to the plot.

As Cronin tells Short of the Week:

“We really wanted to make another horror film after our micro short Balcony went down well online. Our goal was to create a longer film, really going back to the basics of the scary ghost story. We took our inspiration from both the classic horror of the 70’s and the modern horror of Creepypasta and No Sleep. During the writing we just kept asking ourselves, ‘what would make this even worse for Duncan?’, looking to heighten the horror until we had an ending we really felt delivered.”

The narrative thrills are accompanied by objectively strong technical execution: good night time cinematography and production design. The film is carried by a strong dialogue-free performance from Paul Bullion (Peaky Blinders). And, the visual craft is polished. The creepy woods locale is an obvious horror film trope, but the way in which Cronin stages his shots—the patient wides, the creeping unease—is quite well done. I always judge whether a short horror film is successfully based on how often I’m tempted to pause the progress bar just because I need a break. Well, with Oscar’s Bell, I would reflexively tap the space bar every few seconds.

As for what’s next, Cronin has an emotional sci-fi short called All The Imagined Echoes in post production and a supernatural horror feature about to enter pre-production with Dan Films in the UK.