A young woman is caught in a lie by her suspicious mom. With tensions already high from recently losing a loved one, their relationship unhinges. Part of our SXSW Shorts Week coverage. #SXSWshorts
READ REVIEW
Next Previous 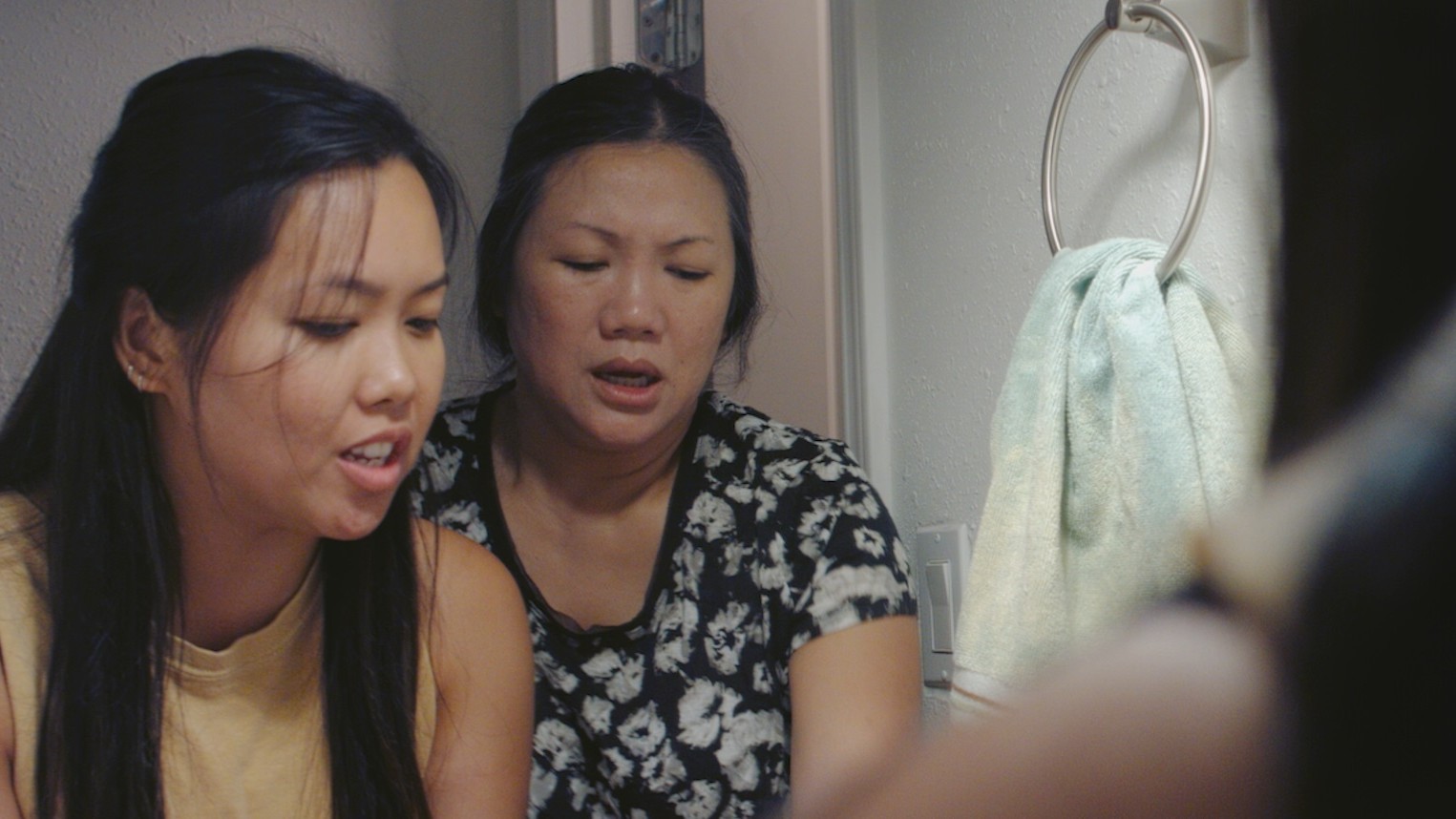 Girls, boys, and mothers. A triangle of tension since…forever. From this classic setup, writer/director/lead actor Kim Tran has crafted a fresh and pleasurable addition to the genre of mother/daughter generational and cultural conflict. With honest writing, a tone that deftly alternates sincere emotionality and uproarious comedy, as well as compelling performances, this short film selected to SXSW 2020 is a touching 9 min story that provides a fun technological and cultural wrinkle to a familiar premise.

In the film, Zoe has to lie to her conservative mother in order to spend time with her boyfriend while she is visiting. The plan seems airtight, except that she forgets to turn the geotracking of her phone off, which leads to an explosive confrontation that ultimately both women might need.

While watching the film, I was struck first by the writing—how real and genuine it felt. Every single interaction, each line, feels natural. There is no unnecessary exposition, the intimacy between Zoe and her boyfriend is instantly established and Tran does not shy away from portraying a couple in an (pardon the use of the word these days) unsanitized way. This level of authenticity is rarely seen on-screen unless used as a joke I feel. Tran wanted to explore the complexities of a mother/daughter relationship when death, sex and growing up enter the mix, and, as a catalyst, she chose an approach that has ramifications later in life—the fact that most Asian Americans or daughters of immigrants never get the “sex talk” from their parents. When the tension rises with the mother and truths are exposed, despite the frantic energy, the dialogue remains real, and nothing feels overdramatized.

Despite the emotional depth of the relationship between Zoe and her mother, the comedic elements of the narrative cannot be overlooked. Tran handled the mix of comedy and drama extremely well, strengthening her narrative by allowing one or the other to be prevailing at different times during the film. She explores a taboo subject through the lens of a generational divide, but does not go down the easy road of using this conflict for cheap laughs. Those elements foster an awkward situation and it is actually the realness of the conversation that ends up being the joke instead. A lesser script would be tempted to use the mother as a cliché of the overbearing parent, stubbornly tied to her cultural traditions, but even though she does poke fun at some of it, the character is no mere foil, but extremely compelling in her own right. By having her speak in Vietnamese, it adds another layer to the distance between Zoe and her mother, feeding into the misunderstandings and unspoken sentiments that are both the emotional depth of the story and the fodder for its comedy. With a rather conventional structure and good pacing, the escalation of the confrontation reaches a climax, inspired by something that happened to one of Tran’s friends in high school. Once more, it delivers both an emotional and a comedic release, with lots to unpack.

This film has no gimmicks, it all relies on the situation, the authenticity of the interaction, and hitting the right dramatic and comedic beats. All three actors deliver on every front but Kim Tran (Zoey) and Nguyen Stanton (Hanh) positively nail every moment of their confrontation as truths are finally exposed. I was especially impressed by Stanton who truly brought a breath of fresh air to a character easily seen as a cliché.

Zoe and Hanh was selected in the Texas Short program of SXSW. Tran is already working on her next project, a buddy comedy webseries about the adventure of a girl and her rambunctious talking vagina based on her short film Pussy Talk that premiered in the SXSW AFS ShortCase in 2018.