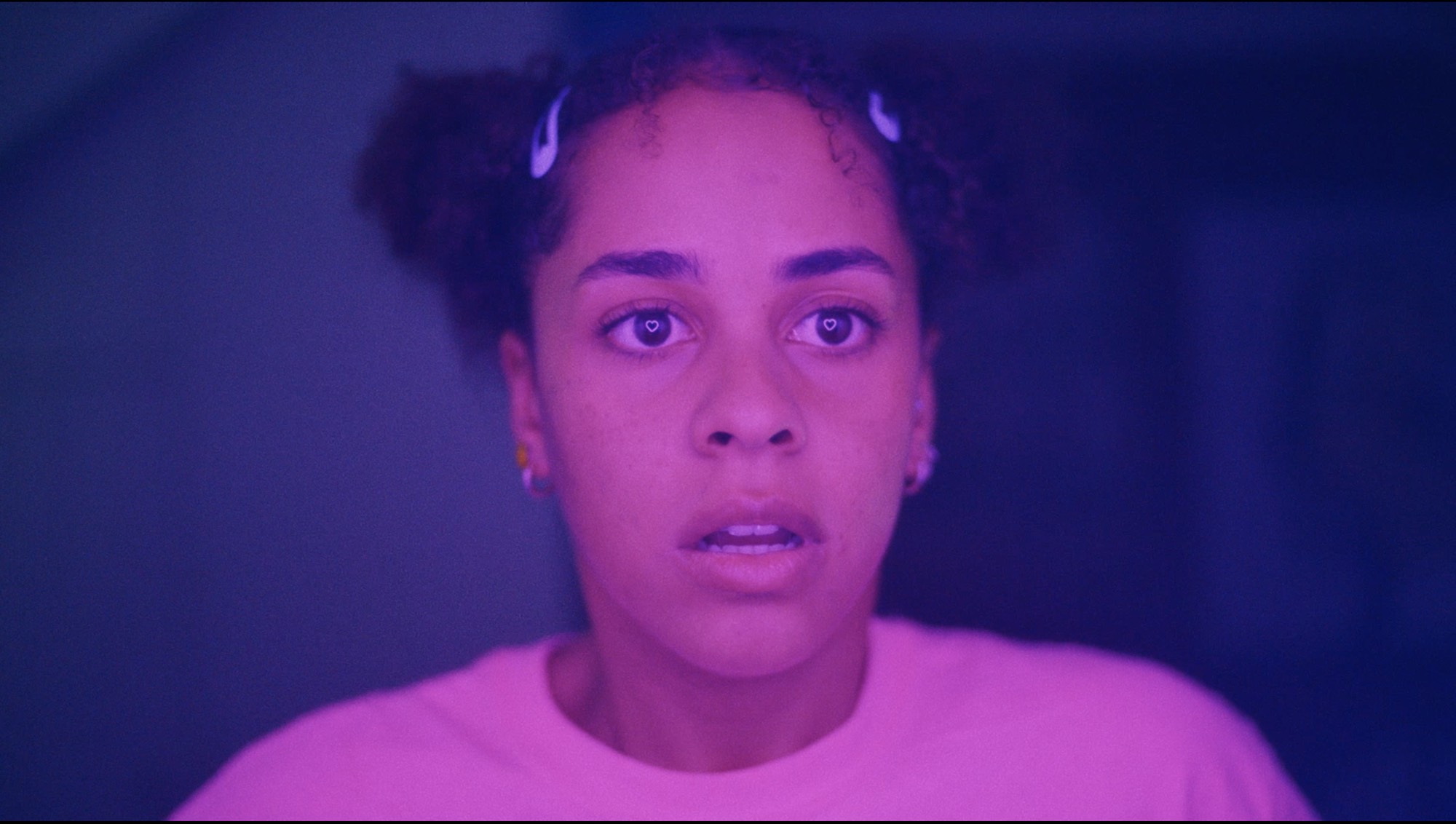 There are films that demand a theatrical viewing. Films where the director would have nightmares at the thought of a person hunched over their mobile device watching their hard work on a 5.6″ screen—this isn’t one of them. A short that would feel at home both on the festival circuit (probably a Midnight screening) or in your browser, Eros Vlahos (Right Place, Wrong Tim) returns to S/W with his fast-paced comedy/horror Double Tap—the story of a Dickless Troll hungry for likes.

Describing Vlahos’ latest mini-masterpiece as a film perfect for internet viewing isn’t meant as a slight on the film, it’s a slickly made piece that I’m sure most festivals would happily programme (it was meant to premiere at this year’s SXSW and you can imagine their audience loving it). It just really does feel perfect for the internet. It’s short, fast-paced and internet/mobile devices play a key plot device in the narrative. Oh…and did I mention the Dickless Troll?

Speaking to Eros, it’s clear he doesn’t take his filmmaking too seriously and even as we discuss the inspiration for Double Tap, having fun seems top of his agenda. “I was cursed by The Dickless Troll under a bridge and he told me the curse would not be lifted until I made a successful short film”, he jokingly reveals. Before adding that he aimed to “get revenge on Mark Zuckerberg” and “make my Mum proud” when creating this film.

Double Tap plays like a lot of short horror films you’d find online in recent years. It’s short, shot in one location (usually in the dark/night) and features a “monster”. Where Vlahos sets himself apart though is with the large injection of humour he pumps into his short. His film feels like it’s playfully riffing on this tried-and-tested format, using a comedic angle to breathe a little life into a sub-genre that can feel somewhat predictable.

While the themes and commentary at the core of Double Tap feel like they have been explored before—phones are bad, social media is addictive, etc.—what certainly wasn’t expected was the appearance of Vlahos’ Dickless Troll. In what surely most be one of the most memorable and unsettling on-screen arrivals I’ve experienced in sometime, he’s a character that will either leave you in hysterics or haunt your dreams for some time.

“There are no VFX involved in the project, The Dickless Troll really looks like that”, Eros insists as we discuss his grotesque, genitally-bereft character. Adamant that he street-cast his antagonist after bumping into him under a bridge, the director claims “the Troll said ‘you must pay a toll to cross the bridge’ but I didn’t have enough money to pay the toll, so I agreed to let The Dickless Troll star in his movie instead”.

Just chatting to Eros, it’s clear to see how much he loves storytelling and just how much joy he takes from spinning a good yarn. Now looking to make the jump from short film to feature, Vlahos’ is in the process of turning his first short Right Place, Wrong Tim into a full-length piece. Asa Butterfield is attached as Tim once more. I can’t freakin’ wait!