In the rural mountains of Virginia, "Scarface" starts a fight club in his backyard to end gang violence. He calls it Streetbeefs. Part of our "SXSW Shorts Week" coverage #SXSWshorts
READ REVIEW
Next Previous 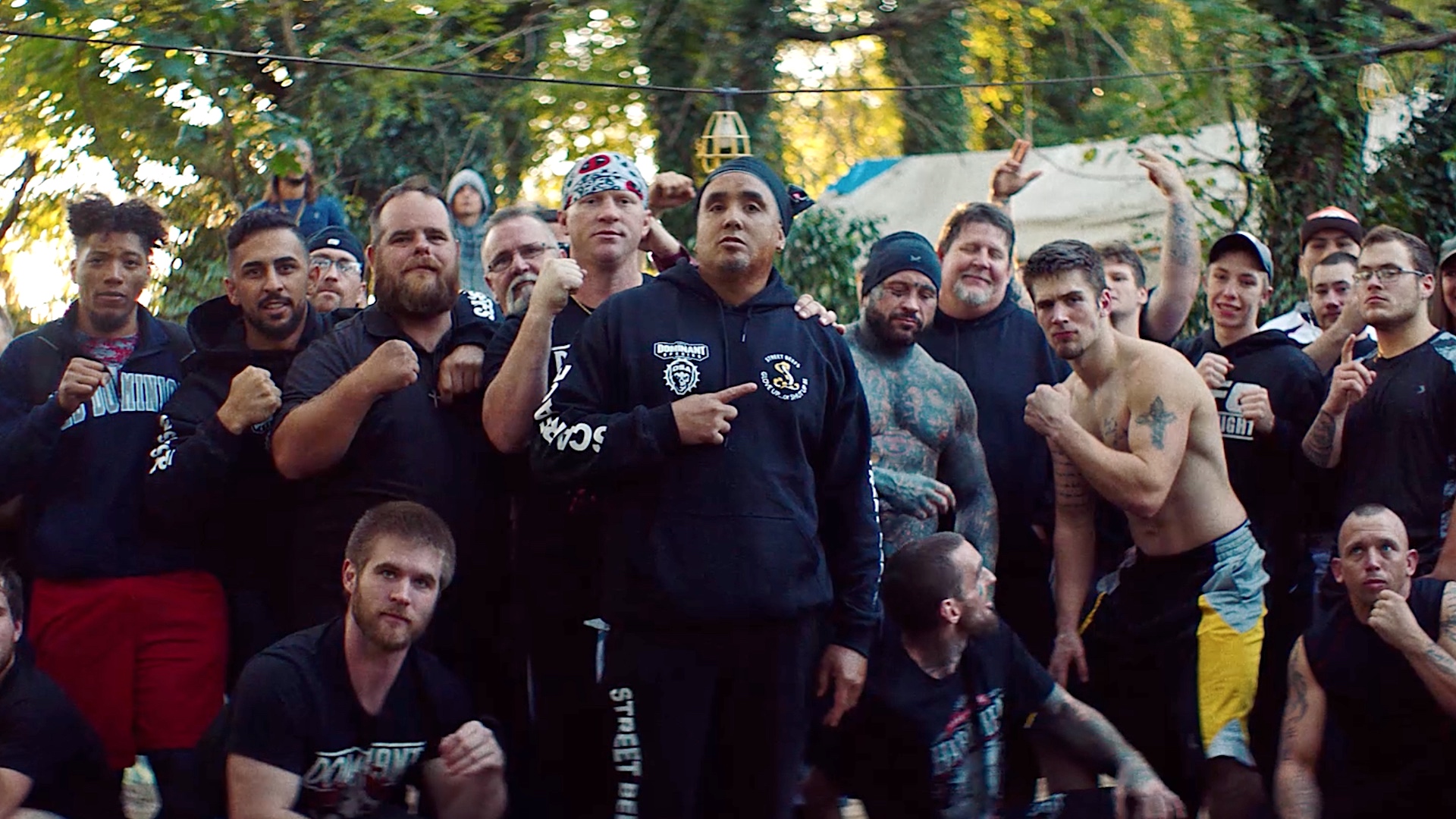 Challenging social perceptions of violence, Paul Hairston’s SXSW documentary Lions in the Corner is an inspiring film that explores the transformative power of community action. Following a former convict turned community leader, “Scarface” believes that by bringing conflicts to the ring and off the streets, he can save lives. He proves this with the creation of his rural Virginia flight club, Streetbeefs. Already possessing a captivating subject, Hairston’s film is so cinematic it at times makes you forget it’s a documentary, as he creates a deeply intimate portrait of a man who has found redemption in helping others.

Is all violence bad?

The inspiration for Lions in the Corner came from Hairston’s hometown, and upon hearing Scarface’s story he knew he had an obligation as a documentarian to tell it. From the first fight sequence of the film Scarface’s efforts look barbaric and are not for the squeamish. Yet Streetbeefs has significantly decreased violence in the area and provided a ragtag family for those left on the outskirts of society. “It’s also supposed to evoke a discussion around violence, what’s necessary, and what’s not – is all violence bad?” While Hairston, himself, isn’t claiming to know the answer, he hopes Scarface’s story will challenge the stigma around the topic. After all, while you may not agree with its methods, Streetbeefs is about saving lives by creating a safe space for when violence seems like the only option.

With every slow-motion captured punch and flying bead of glistening sweat, Hairston’s film feels less like a documentary and more like a work of movie-magic. The film’s incredibly polished approach and use of mixed-media, elevates Scarface’s story beyond his backyard ring and into something approaching poetry—something Scarface’s passion and eloquent testimony supports. While the craft and cinematography are highly cinematic, the film retains the raw grit of its subject.

Shot on both digital and 16mm film, cinematographer Gaul Porat combines the two mediums in an almost portrait-like fashion that lets the story build and release tension much like the fights themselves. At times, the camera dances around the ring with the fighters and it’s easy to feel an immense sense of presence with the conflicted individuals. Hairston’s choice to incorporate visually metaphorical breakouts, like a scene of a hazy school bus and floating ash, add a fantastical element that makes this film anything but a traditional documentary.

Lions in the Corner is a powerful documentary that would have played at this year’s SXSW had it not been for the global pandemic. Hairston is currently working on a few documentary and commercial projects that we look forward to seeing in the future!