Lucy is tired of being the perfect mother. When a department store security guard searches her stroller he finds more than he could ever have imagined.
READ REVIEW
Next Previous 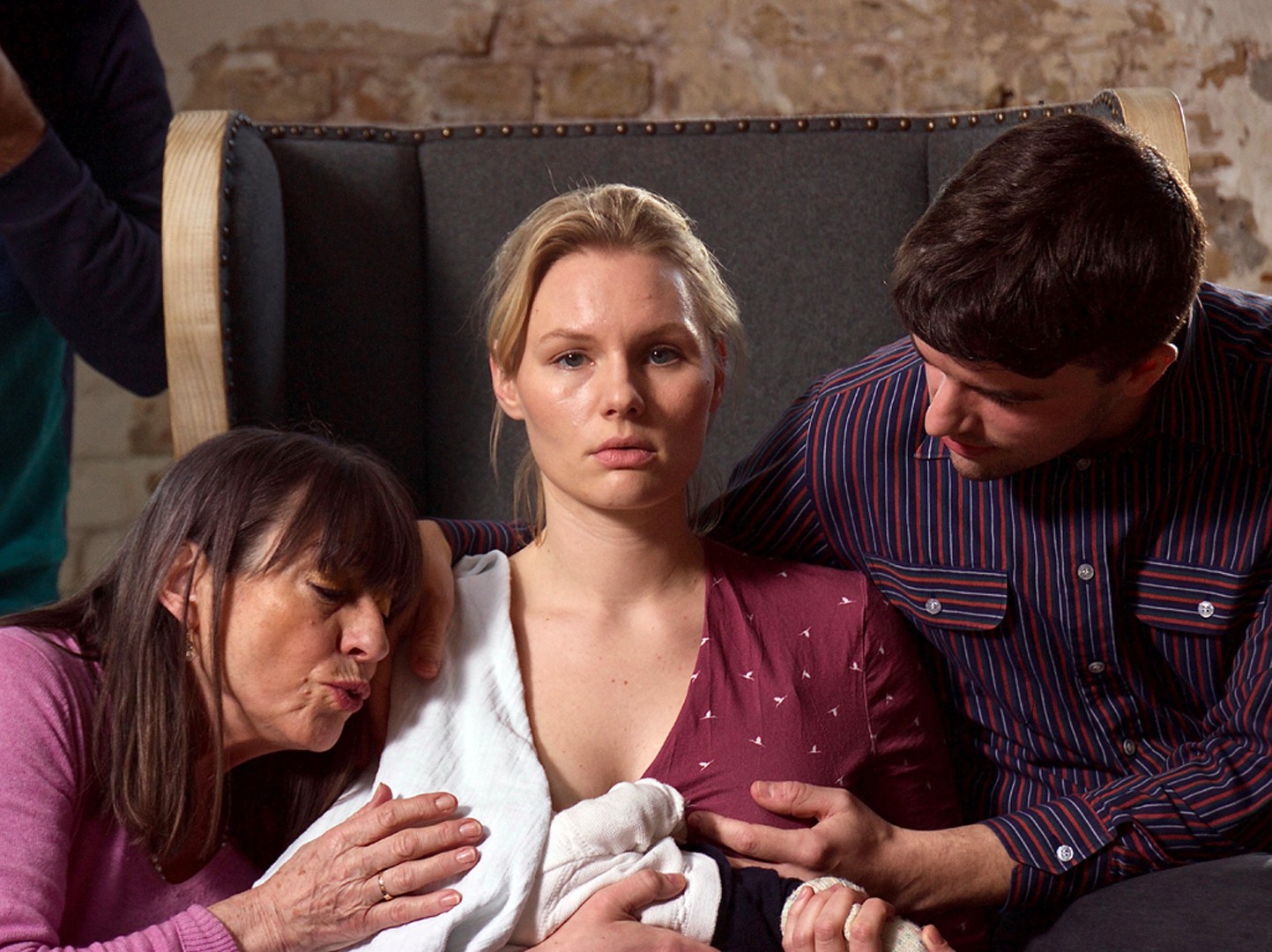 We figured, what better way to celebrate International Women’s Day than with a fun, dare I say, hilarious, film that debunks all the myths about becoming a mother in the most delightful and enjoyable way. In Kleptomami, co-writer/director Pola Beck addresses the societal expectations put on women who have just given birth via the perspective of a young mother, seething on the inside, who is ready to call it like it is. Funny yet rooted in reality, this film might feel like a relief to some.

Shocked by the differences between her own expectations and the reality of motherhood, experiencing first hand the pressure from family and friends to be happy and fulfilled right after giving birth, inspired Beck to tell a story that would actually shine the light on the sometimes conflicted truth. In a culture where almost any subject seems fair game, it is strange that this most natural process is still perceived as a taboo subject—most people in the early stages of parenthood are torn between what they are supposed to be saying and how they are actually feeling both physically and emotionally. Using a light and humorous tone, Beck injects fresh air in the topic by going through the process step-by-step to outrageous effect.

“It is important to be able to laugh about it”

Beck and co-writer Daniel Thomaser developed this quite original idea with an extremely sharp wit. Very quickly, in the brief exchange with the security guard, they make their main character endearing, yet confident and funny, so when she starts telling her story, the audience is more than willing to listen to her version of things. They found how to balance the main character’s monologue with the right amount of cleverness—the amount of jokes never overpowers the authenticity of the story. Rosalie Thomas, who portrays the main character, perfectly delivers her line with a flawless comedic timing and effective amounts of charisma. I am usually not a fan of narration, but in this case, her tone nails the absurdity of life and provides the perfect vehicle for this story that almost resembles the tales of a soldier coming back from war wounded physically and emotionally.

This over-the-top recounting of the story is paired with jarring footage that ultimately gives the narration an unexpected depth while remaining entertaining and light. It overdramatizes the narrative without being on the nose, or making it feel too heavy, which tends to be challenging in most cases, but here Beck simply succeeds and entertains her audience in more ways than one. The editing lends a quick pacing to the story which provides build-up and a compelling climax, making the film’s 10min runtime fly by. Not only does the film stand out for its narrative, the storytelling is excellent as well and truly highlights the comedic and emotional strength of the writing. The film even ends on a note that captures the film—hilarious yet touching.

Kleptomami had quite a festival run during the 2017/2018 season with notable stops in Clermont, Seattle, Regard and ShortFest ahead of its online release today. March 8th, International Women’s Day felt like a perfect fit to reflect, in a humorous way, on what is, once more, expected out of women on a daily basis.