Shannon cooks dinner whilst speaking to a perverted stranger online. Andrew takes a bath wrapped in seared Christmas lights. What could possibly shock these lost souls from their malaise?
READ REVIEW
Next Previous 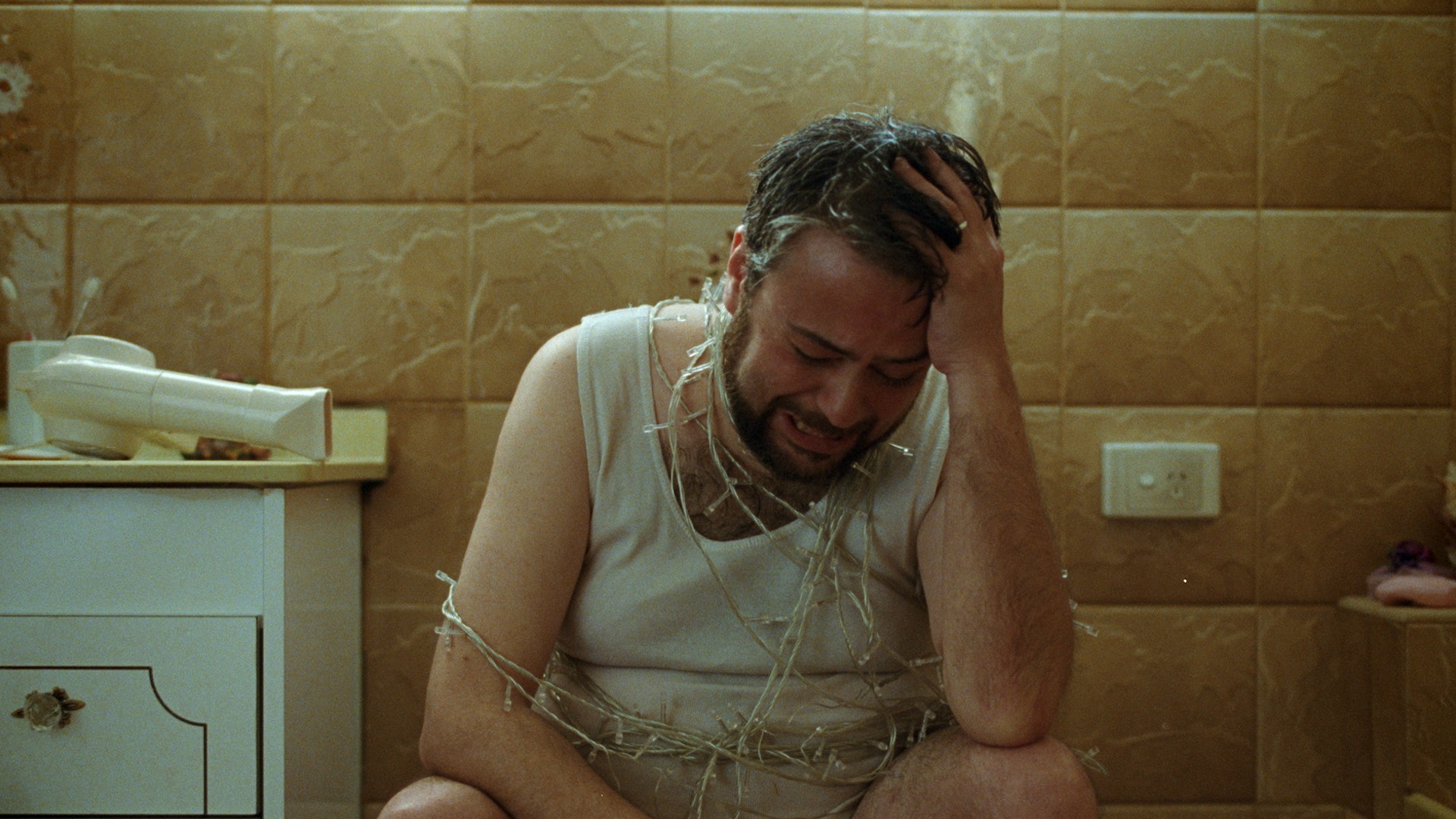 Sometimes, things are just not meant to happen, and no matter what you do the plan gets derailed. You have to make do with what you have. In Homebodies, writer/director Yianni Warnock takes us to the outskirts of Melbourne where a man and a woman are experiencing disenchantment with their current realities. With a layered screenplay, peppered with relatable undercurrents, and marked by a uniquely sardonic tone, this dark comedy plumbs the depths of modern angst with emotional depth but also uproarious comedic beats.

A suburban couple go about their respective lives searching for connection (and disconnection) while utterly unaware of the needs and desires of the other. Alienation is explored in wild, occasionally farcical ways, but Warnock is ultimately sympathetic, showing how their profound dissatisfaction might just lead them back to each other.

Homebodies is the final part of The Despair Trilogy, a series of short films that captures men experiencing deep isolation and who unsuccessfully attempt to do something about it. In this film, our favorite of the trilogy, the addition of female counterpart allows a degree of back and forth that amplifies both perspectives and which is expertly edited. Not only does it play with our expectations and offers an enjoyable twist, but it also gives the film great pacing as it alternates between storylines—providing a variation in tone and atmosphere that keeps things fresh. The screenplay is full of sharp dialogue that sparkles on its own while filling out a more serious and deeper context. But, ultimately, it is the way Warnock handles the tone of his film that is the true marvel—treading a fine line between humor and pathos, and, of course, delivering ample satisfaction on both sides. The film works effectively on both the comedic and dramatic levels and this balance is nothing short of genius.

The production values are also a big asset of the film and allow the screenplay to shine. Shot on 35mm, from the very opening scene the film stands out visually. Paired with very detailed production design, we instantly know the characters through where and at what point in time they live. Some frames are simply beautifully constructed and have stayed with me. It all feels very homey while at the same time reflecting its protagonists’ state of mind. The score, that tends to be a tiny bit dramatic, surprisingly feeds into the tone. By being perfectly juxtaposed to very mundane moments or defining ones it ends up lightening the mood.

As you might be able to tell from this review, I love this film, and in my praise, I cannot overlook the performances.  Sally Bourne and Shane Gardiner embody suburban ennui masterfully, with subtle affectations and a disconcerting genuineness. In most of the scenes, much is said with no spoken words at all—meaning clearly communicated simply through their eyes and the way they react to the situations they put themselves in. But the lines make it better—both Bourne and Gardiner hit the right notes, and while Bourne has funnier moments where the content of what she says is already humorous, her rendering multiplies the effect exponentially. Gardiner proves most memorable however, as one particular line he performs wraps the story and completely flips it on its head. That will stick with me.

Homebodies had its world premiere in 2016 in Clermont Ferrand, and went on to be selected at SXSW before having its online premiere under the NOWNESS flagship. Warnock is currently working on a low budget independent feature film with a similar tone, that will reunite him with Homebodies actor Shane Gardiner.