When a father disciplines his disobedient child in a grocery store, another customer intervenes and their discussions soon descend into chaos.
READ REVIEW
Next Previous 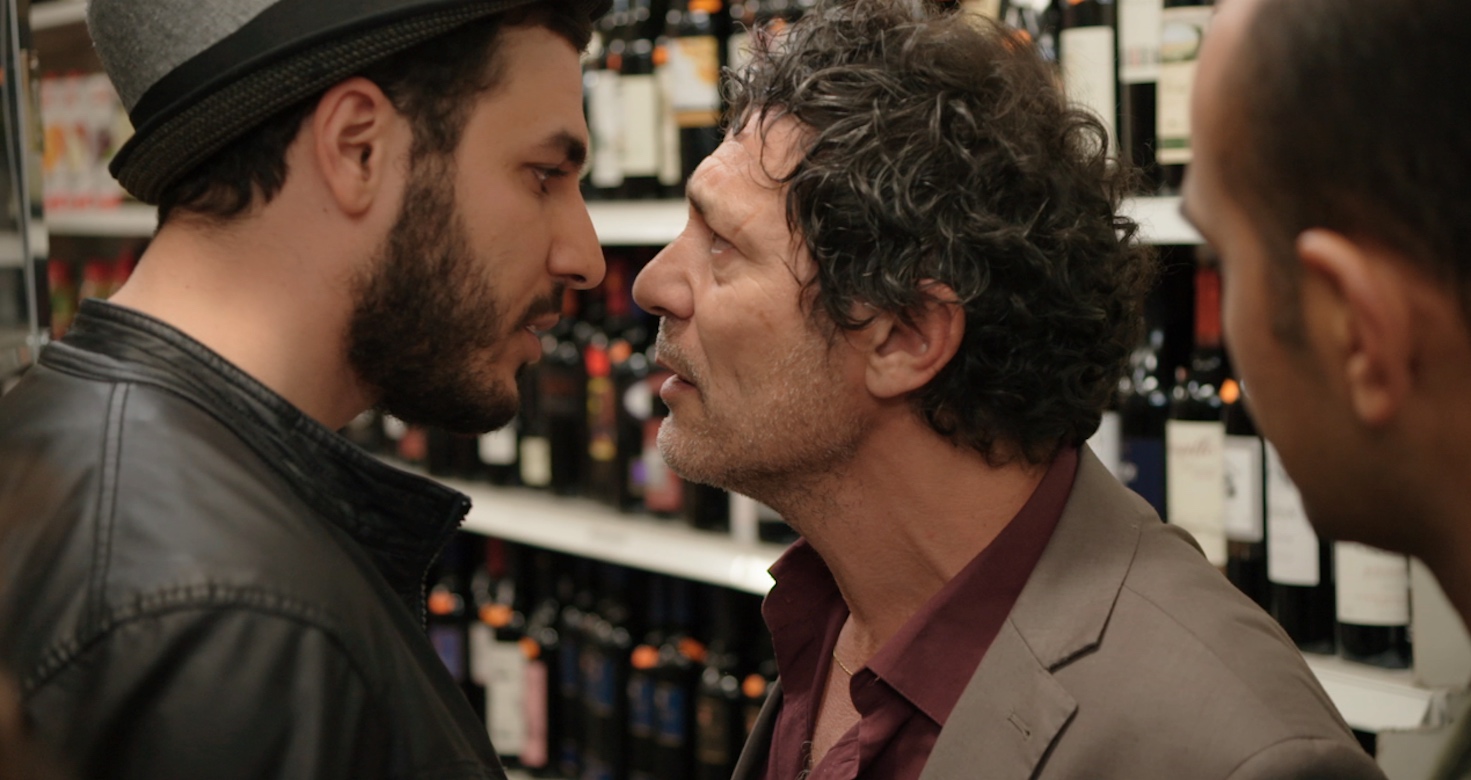 Looking to create a short that captured the multicultural aspect of Switzerland, Christophe Saber’s Discipline is a dialogue-heavy film brimming with strong social themes. Based around conservations in a grocery store, which quickly get out of hand, Saber’s short is sure to provoke discussion from its audience, no matter your background.

The film’s gripping plot begins when a father decides to physically discipline his child during a routine shopping trip. The arguments this act ignites between his fellow shoppers soon lead to much more heated interactions, however. “The debate about disciplining children seemed like the perfect narrative tool to talk about our differences in society”, Saber explains as we discuss his motivations behind creating Discipline.

Admitting he enjoys listening to people argue/debate, Saber was keen to put dialogue front and centre in his film, so he began with the idea to “write a long conversation that evolves to a dispute and eventually to chaos”. Though relatability and message were high on the director’s list of goals for his film, he also knew that for an audience to stay engaged, he needed to maintain a level of amusement and never let things get too heavy.

“I tried to find a balance between creating a film with strong social themes and pure entertainment”, the director reveals. “My aim was to create a film where anyone from background/nationality/social class could find their place and identify with the large palette of characters. I wanted to make a film where you could laugh at the absurdity of what’s happening on screen and also trigger conversations about our social contract.”

While the director says that pre-production was key to the film’s success, as he managed to squeeze a few days of rehearsals with his cast in, Discipline really comes together in post, where the edit dictates the pace of the piece and means the tension and gripping nature of the short increases all the way to its chaotic conclusion.

An older pick, brought to us by the distributor, Salaud Morisset, Discipline premiered at TIFF in 2014 and went on to play festivals worldwide for the next couple of years. Saber has since completed four other short films (view trailers for them on his website – link below) and is now working on his first feature-length film.