Bogdan i Róża (Bogdan and Rose)

A long-married couple live in resentful silence, their daily reciprocal malice escalating to extremes. In this pressure cooker of a relationship, something will have to give.
READ REVIEW
Next Previous

Bogdan i Róża (Bogdan and Rose) 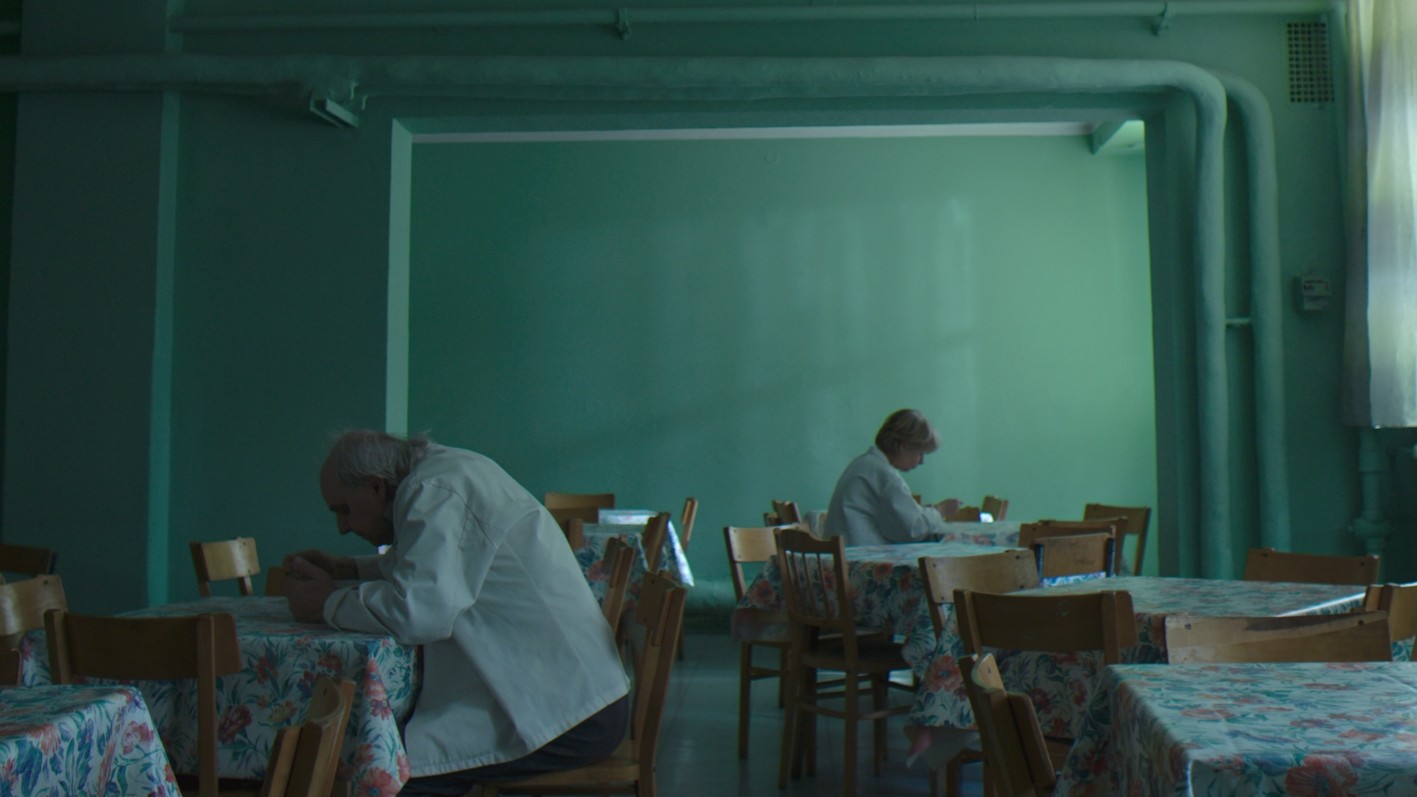 Proving that actions speak louder than words, Milena Dutkowska’s dialogue-free short Bogdan i Róża (Bogdan and Rose) invites it audience into the everyday life of its titular pair – an old married couple, who have been together for a very long time (prob too long!). With no words spoken throughout the short’s 15-minute run-time, Dutkowska showcases her creative sense of humour, visual flair and strong directorial skills in this delightful dark comedy.

Following her desire to create a film without dialogue, but with a classical, understandable plot, the idea of a bickering couple emerged. Dutkowska developed this initial idea by ensuring the silence between the characters was an essential part of the story, by making her characters actively choose not to talk to one another.

But with the way she penned the screenplay and the actors’ commanding performances, words are useless! Their behavior, what they do, the looks they exchange, says much more than any conversation could have. The two actors truly shine, every single scene feels authentic, and where most would be tempted to overdo it given the lack of lines, they stay true to the tone of the film.

The genuine feel they give their characters reveals just enough of what we need to know from their backstory and ultimately makes them both surprisingly lovable. The extreme lengths they go to in order to avoid speaking to each other actually ends up being part of the joke, entertaining on an additional layer.

The structure of the film is rather conventional, but Dutkowska uses that to her advantage in the pacing of the narrative. The opening scene is a very effective exposition. You can instantly appreciate how intimate her camera is going to be with the couple and the beautiful cinematography and color palette choice act as a perfect contrast to the negative atmosphere in that apartment.

Then scene after scene, we peel away the layers of their relationship, all the time enjoying (please tell me it’s not just me!) the escalation of their immature interactions, or lack of them. This quarreling couple take pettiness and passive aggressiveness to a whole new level (*takes popcorn)!

Then, right at the climax of the narrative, just as we become accustomed and familiar with their ways, something happens that will change everything. The film reaches a new, deeper and more emotional level and ultimately makes us see that small gestures are not as inconsequential as they might seem.

How fitting is it to have the online release of such a film, dealing with this side of relationships, the week following Valentine’s Day! Bogdan and Rose had a successful festival run with notable stops at the Palm Springs ShortFest and in Cleveland and with its sharp sense of humour and creative setting, we can’t wait to see what Dutkowska will follow it up with.