A short film based on the true story of Nigel, the lonely gannet of Mana Island who hopelessly fell in love with a concrete statue. His tragic tale of idealisation and delusion shows us a reflection of our own misconceptions in love.
READ REVIEW
Next Previous 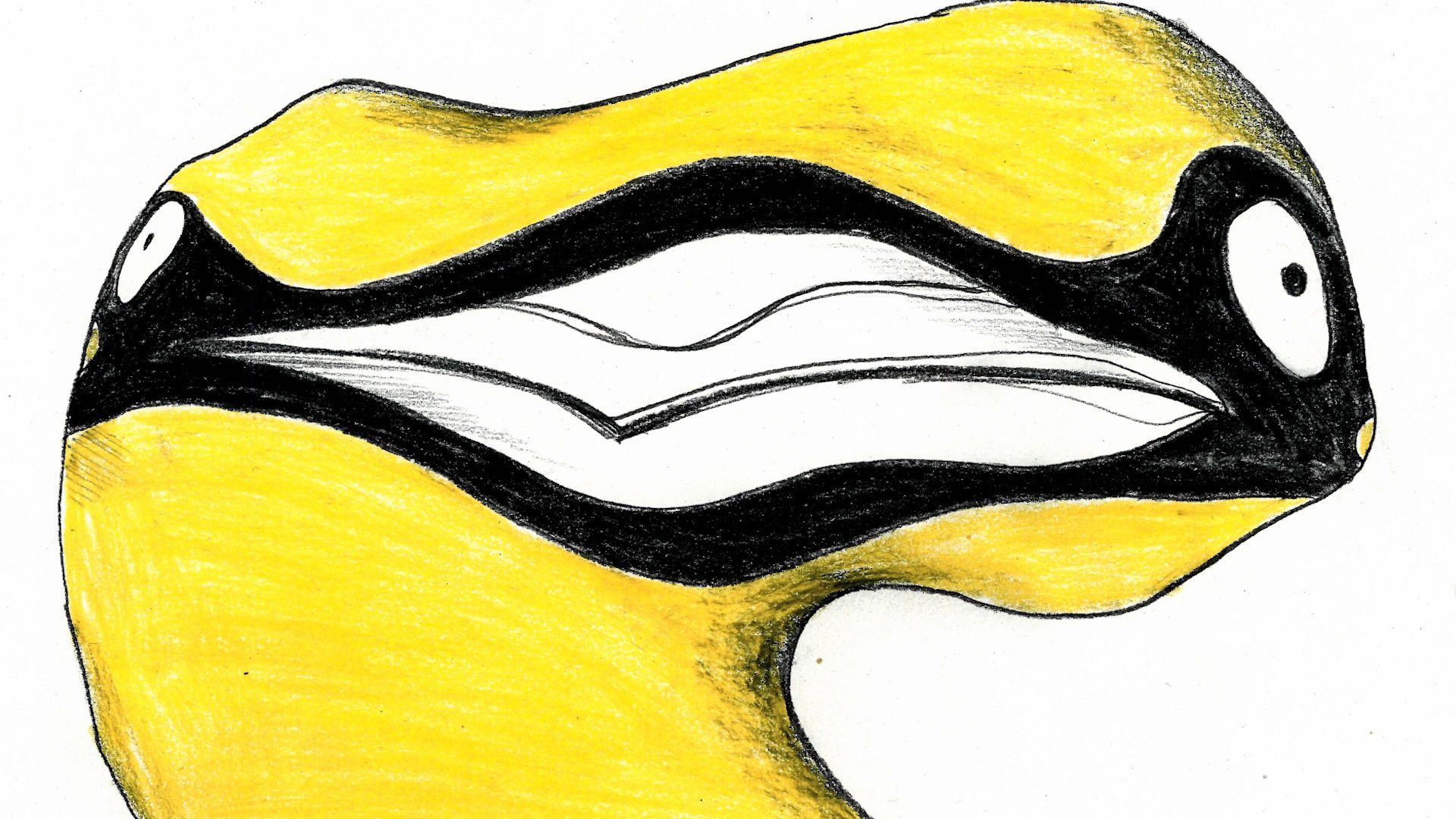 A well-constructed headline is a wonderful thing, they can grab your attention, make you laugh and apparently even inspire a short film. After reading a news story titled ‘Nigel the lonely gannet dies as he lived, surrounded by concrete birds’, RCA student Natasza Cetner discovered the focus of her grad film – the real-life story of a lonely seabird living out his life on an island inhabited by replica birds.

“I tend to read a lot of weird articles about animals and especially birds”, the director reveals as we discuss her nine-minute hand-drawn animation. “My favourite stories include the tales of: Thomas the Goose, the blind goose that became an LGBT icon or Petra the Swan that fell in love with a pedalo boat.”

Where the real-life story of Nigel and his devotion to his inanimate mate, saw an island populated with dummy birds in the hope of attracting a colony to settle there, the stationary seabirds in Cetner’s story are placed there by a mysterious walrus-creature with strange intentions. This is where this animated tribute to the now departed Nigel differs, but what it shares with the true tale is they both paint a picture of love in a hopeless situation.

“What touched me especially about this story is how people feel heartbroken when they hear Nigel’s story”, Cetner explains as we talk about the relatability of Nigel (the film and the real-life story). “The reasons why we tend to see ourselves in a seemingly silly bird, it’s about his faith in his situation, that maybe if he tries enough his feelings will be reciprocated”.

“I made this film as my little way of saying that maybe we should learn how to be more tolerant towards people choosing less orthodox way of living their lives”, she adds, “not forcing our opinions and views on others. But mostly the film was in the honour of Nigel’s lonely life”.

Cetner’s take on Nigel’s story is brought to screen with a stark, but striking aesthetic mainly captured in shaded pencil drawing on paper, with the occasional splash of crayoned colour added to the birds necks and feet. It’s a simple, but effective style that really comes to life in the final third of the film, when perspectives get warped and we’re treated to a particularly memorable scene when things get both thematically and visually dark.

Now working on a new bird-based short, the story of Headless Mike – a chicken that lived without its head for 18 months during 1940s in the US – with Irish production company Cardel Entertainment, Natasza hopes it will turn out to be “a dark comedy that would picture his grotesque life as a circus star”.