**CURRENTLY OFFLINE** The Sundance Grand Jury Prize winner in 2018, Ramona lives with her husband, with whom she barely communicates, and works in a canning factory run by a tyrant manager. Faced with the challenges presented by her daily routine, Ramona tries to take refuge in the relationship that unites her to her daughter and granddaughter.
READ REVIEW
Next Previous 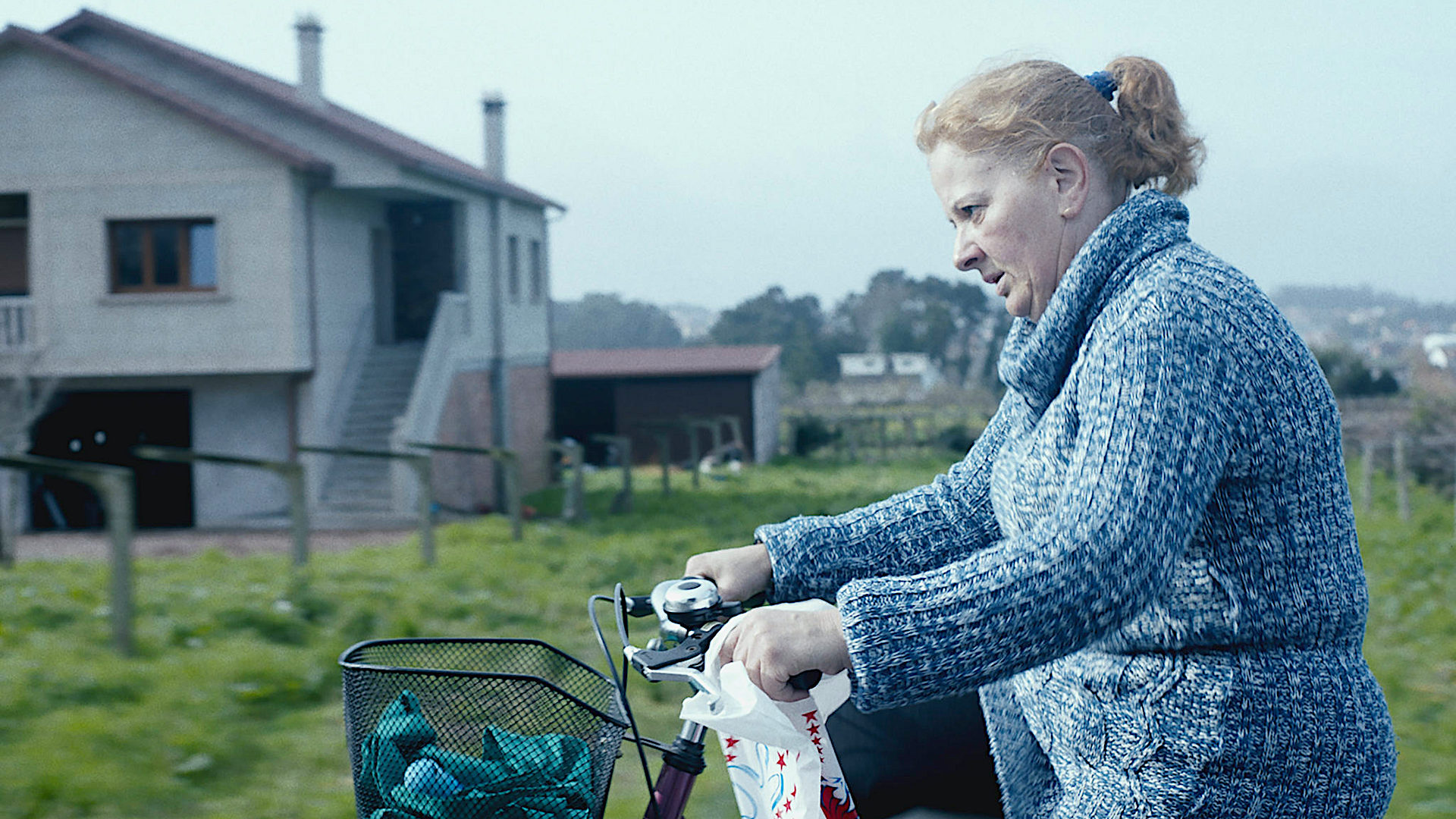 Documenting a person’s daily routine is a tried-and-true editorial format, popular across the Story feeds of Instagram influencers, to the print pages of business magazines profiling titans of industry. Alvaro Gago’s Grand Jury Prize-winning 2018 Sundance short, Matria, takes a similar approach but is the antithesis in tone to that sort of human interest fluff. Following a Spanish woman’s daily struggle to make ends meet and keep the only meaningful relationship she has alive despite tyrannical working conditions, Matria is both an exploration of one woman’s remarkable tenacity and an exercise in capturing the grittiest parts of working-life.

Matria is not a glamorous film by any means, but its vérité approach to storytelling gives it a stylishly raw aesthetic that forces its audience to feel empathy for Ramona as she barely holds it together on screen. While a fictional character, Ramona was inspired and played by real-life Galicia native Francisca Iglesias Bouzón, and the authenticity of the central performance combined with the high degree of tension and anxiety that Gago stokes, forces us to engage with the story on a deeply emotional level that transcends its fictional foundation and even entertainment value.

She looked so iconic. You look at her hands and it is as if they could speak.

Ramona’s story encapsulates some of the hardest parts of the female experience in a visceral way—we watch her struggle to provide for her unaffectionate husband, manage a house, work a draining abusive blue-collar job, and still find the time to connect with her daughter and granddaughter when it seems that time is the last thing on her side. The audience is given the chance to deeply empathize with Ramona because we witness first-hand all that she has done and will continue to do for her family as she, too, empathizes with the world around her. The magnanimity and indomitability of her spirit is one’s overarching takeaway from the film, and it was therefore imperative for Gago to cast someone who would bring nuance and subtext to the story. Gago felt no other choice than to choose the incredible woman who inspired the film, Francisca Iglesias Bouzón. “She looked so iconic. You look at her hands and it is as if they could speak. Also, she talks in a certain way, a broken Galician full of Spanish forms, which can’t be easily mimicked, “ Gago tells Short of the Week.

Gago met Bouzón years ago in the village of Vilanova de Arousa, where part of the film would eventually be shot. Gago wasn’t looking for inspiration—he was spending time in the area on other unrelated projects, including location scouting for another film and recording his grandfather for family memorabilia. It wasn’t until Bouzón started working at his grandfather’s house that they made a connection and his time spent there allowed for their relationship and the story idea to organically come about. “Time gave us the chance to observe each other and only then decide whether we wanted to build a trustworthy relationship and make a film or not,” explains Gago.

In Gago’s pursuit of a genuine story, he spent even more time in the village and with the people that would eventually work their way into Matria. “I need to feel connected, I also need to feel that I’m not stealing the images that I’m shooting, and ultimately I do it because I believe that the finished film cannot be the only objective one has when it takes on a project,” further explains Gago. These values Gago possesses as a storyteller allow Matria to transcend its potential dourness as a simple spotlight on exploitation to also encompass a certain nobility, as the film shines a light on the real-life heroics of women in the industrial workforce. Matria is a rich portrait of a woman on the margins, and the success of the film has ensured Ramona’s ascension into the pantheon of Social Realist protagonists in recent short film history.

Matria not only screened at Sundance, but it also played at the IndieLisboa Int. Independent Film Festival, winning Best Fiction Short Film, as well as Clermont-Ferrand Int. Short Film Festival, AFI FEST, and Palm Springs International ShortFest, ending up as a nominee for The Goya’s, Spain’s equivalent to the Oscars. Gago is currently working on his first feature film script, Something like happiness (Algo parecido á felicidade) as well as developing a TV mini-series to be shot in Murcia, Spain that deals with themes of immigration, hate, fear, and uprooting.