In 1976, Nobu called his mum from an airport in Japan, and told her he was flying to the Netherlands to enter the karate world championship. 40 years later, his daughter and fashion designer quizzes him about life and integration, whilst he models a collection he inspired.
READ REVIEW
Next Previous 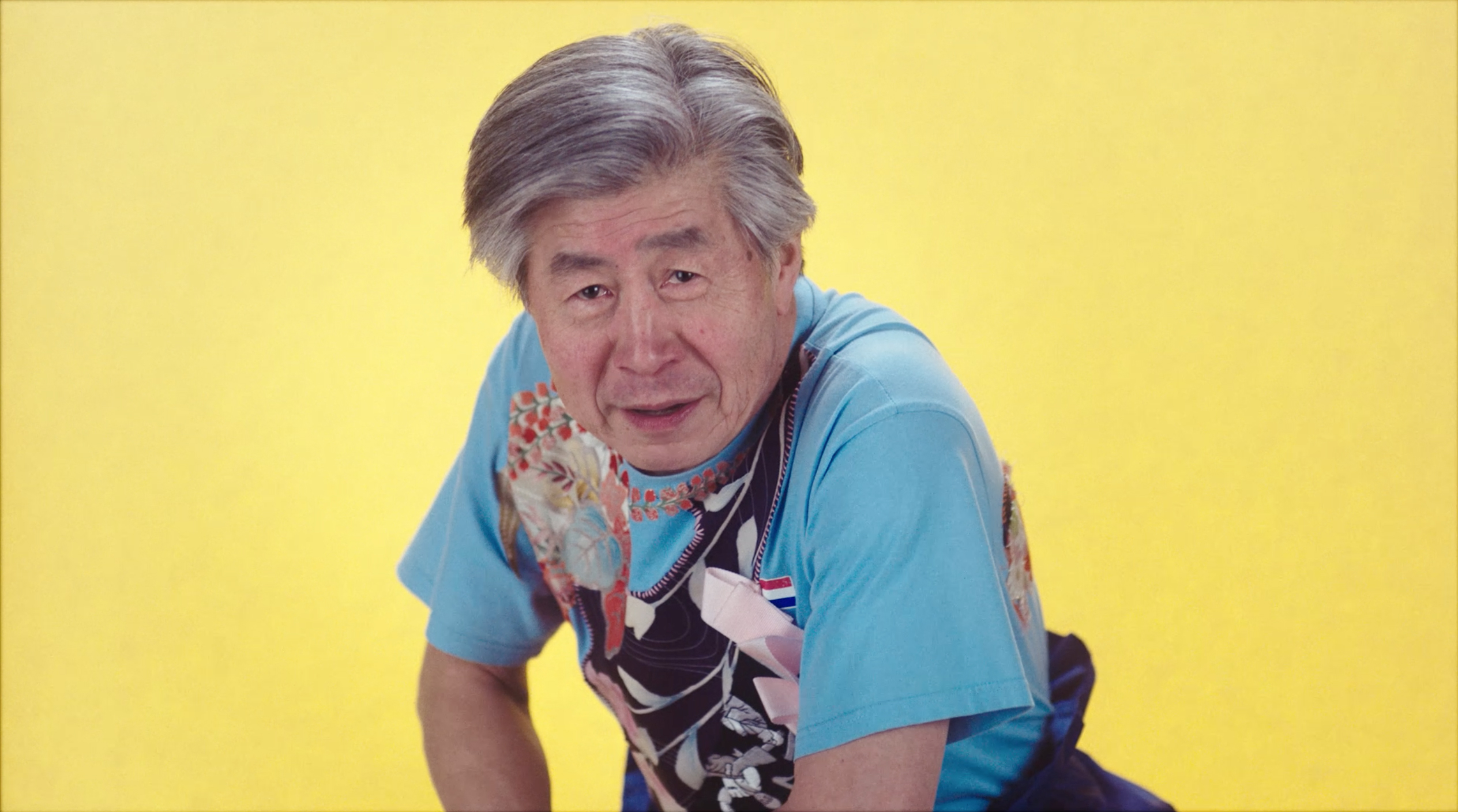 Themes like immigration, identity and cultural divide hardly tickle the funny bone. However NOBU, directed by Sarah Blok and Lisa Konno, not only delivers top-notch comedy, but thanks to the playful direction, happy-go-lucky character and unique aesthetic, the short marries style with substance, and does so with a cheeky smile. This 9-minute fashion documentary is the dictionary definition of ‘feel-good’, and its irresistible charms will brighten even the gloomiest viewer.

In 1976, 23 year old Nobuaki Konno (or Nobu) called his mum from an airport phone booth in Japan, and told her he was about to get on a plane to the Netherlands to enter the karate world championship. 40-years later, his daughter and fashion designer Lisa Konno quizzes her father about life and integration, whilst he models her latest collection, inspired by him. NOBU is a delightful documentary/fashion film hybrid, bursting with zany quirkiness, reflected both in the designs and the edit.

When we asked the duo about their inspiration for the film, they shared that it all started with a conversation about engagement in art. “We were surprised about how social involvement in stories is almost automatically linked to melancholy. With NOBU we tried to add the theme of integration without losing the light-footed tone that fits the main character. Furthermore our aim was to make an unusual combination: aesthetics and humour. We wanted to capture the complexity of migration in a portrait of a migrant who has never experienced migration as complex” – the directors explained.

Without any formal training or background in film, Blok and Konno embarked on making NOBU without worrying too much with the do’s and don’ts of documentary filmmaking, instead allowing plenty of room for spontaneity and happy accidents during production. Whilst the loosely structured content, paired with the highly stylised visuals works in an oddly refreshing way, it’s Nobu’s charismatic character that ultimately wins the hearts of its audience.

His slight discomfort when posing in his daughter’s somewhat eccentric wear is obvious, but so is the pride he feels for her achievements, puzzling though they may be to him. The measured responses to her questions, the curious observations about the Netherlands (and its vegetation) and the hilarious expressions lost in translation, all paint an endearing portrait of the man, the husband, the father – that Nobu is, and one impossible not to like.