In an attempt to find acceptance and purpose in an alienating postmillennial world, an unhinged young woman develops a violent addiction to social media.
READ REVIEW
Next Previous 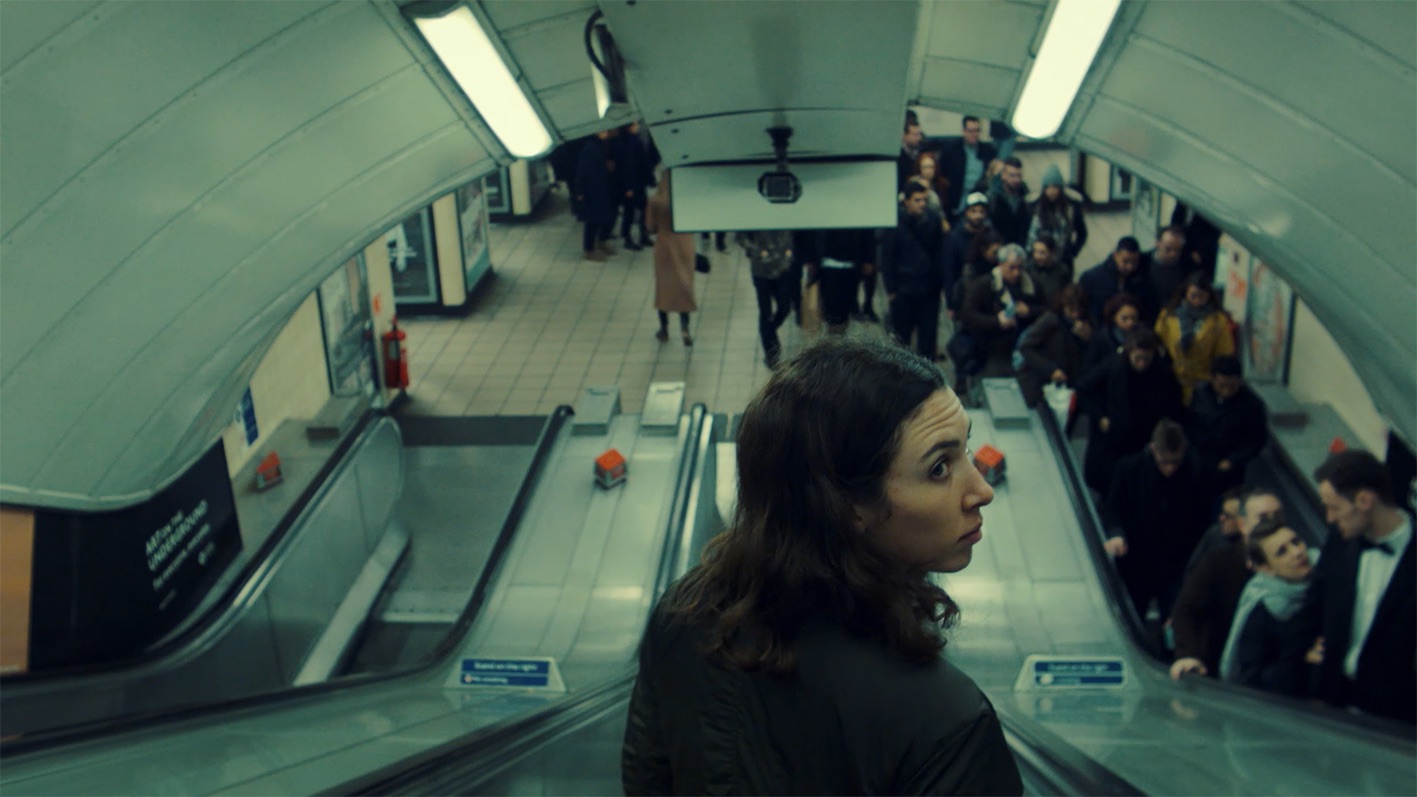 Social media has remade the world, and in the process is leading us to remake ourselves—the pressure to “perform” on various platforms is a daily part of life for millions. We’ve self-selected into the grandest of all popularity contests and with it all the anxieties that accompany such a pursuit. So, it should come as no surprise that horror filmmakers have begun to tackle the repercussions of this stress and the negative effects of having your perceived self reflected through a curated media experience. In collaboration with writer and lead actress Coral Amiga, filmmaker Jamie Delaney’s MJ creates a satirical thriller that puts a spin on the traditional slasher film while forcing us to consider the lengths that people will go to be seen in a post-millennial era.

While most slasher films result in female victims, MJ features a female protagonist with a taste for blood and represents a gender-bending exploration of violence dealt by the hand of a woman. MJ finds herself drowning in her feelings of inadequacy and invisibility as her coworkers thrive in a trendy editorial space. As she becomes increasingly alienated and not so secretly picked on after attempting to find her stride on social media, Delaney focuses our attention on every interaction and micro-expression of Amiga’s character as she falls apart and ultimately comes to a frightening conclusion: killing is a deeply satisfying way to save herself from obscurity.

The film itself has an incredibly edgy tone and how it uses social media on screen to convey what MJ is going through allows us to get in her headspace in a wonderfully chilling way. The photography is intimate, often handheld, and in utilizing a higher than normal frame-rate Delaney and his cinematographer, Eoin McLoughlin, imbue the footage with a realistic quality that falls into a disorienting middle-ground between the found-footage genre and glossy stylishness of other slasher films. In placing the killer front and center rather than a rarely glimpsed villain, Delaney is also able to wring great impact out of eerily quiet moments—such as when MJ makes her decision to go in for the kill—which lends a potent psychological dimension to otherwise familiar tropes. After all, the “likes” are worth it, right?

An extremely tense film that will surprisingly have you on the edge of your seat, MJ screened at a number of film fests including the Fantasia International Film Festival, London Short Film Festival, and Brooklyn Horror Film Festival. Produced through Black Dog Films, an award-winning subsidiary of the prestigious Ridley Scott Creative Group and where Delaney is a director on roster, the UK filmmaker is currently in development for two feature scripts, including a feature version of MJ which we imagine will be just as thrilling.