FILM CURRENTLY OFFLINE. Ultra-Orthodox Jew David Finklestein struggles to balance his love of stand-up with his strict religious lifestyle until he's forced to make a choice between his passion and his community.
READ REVIEW
Next Previous 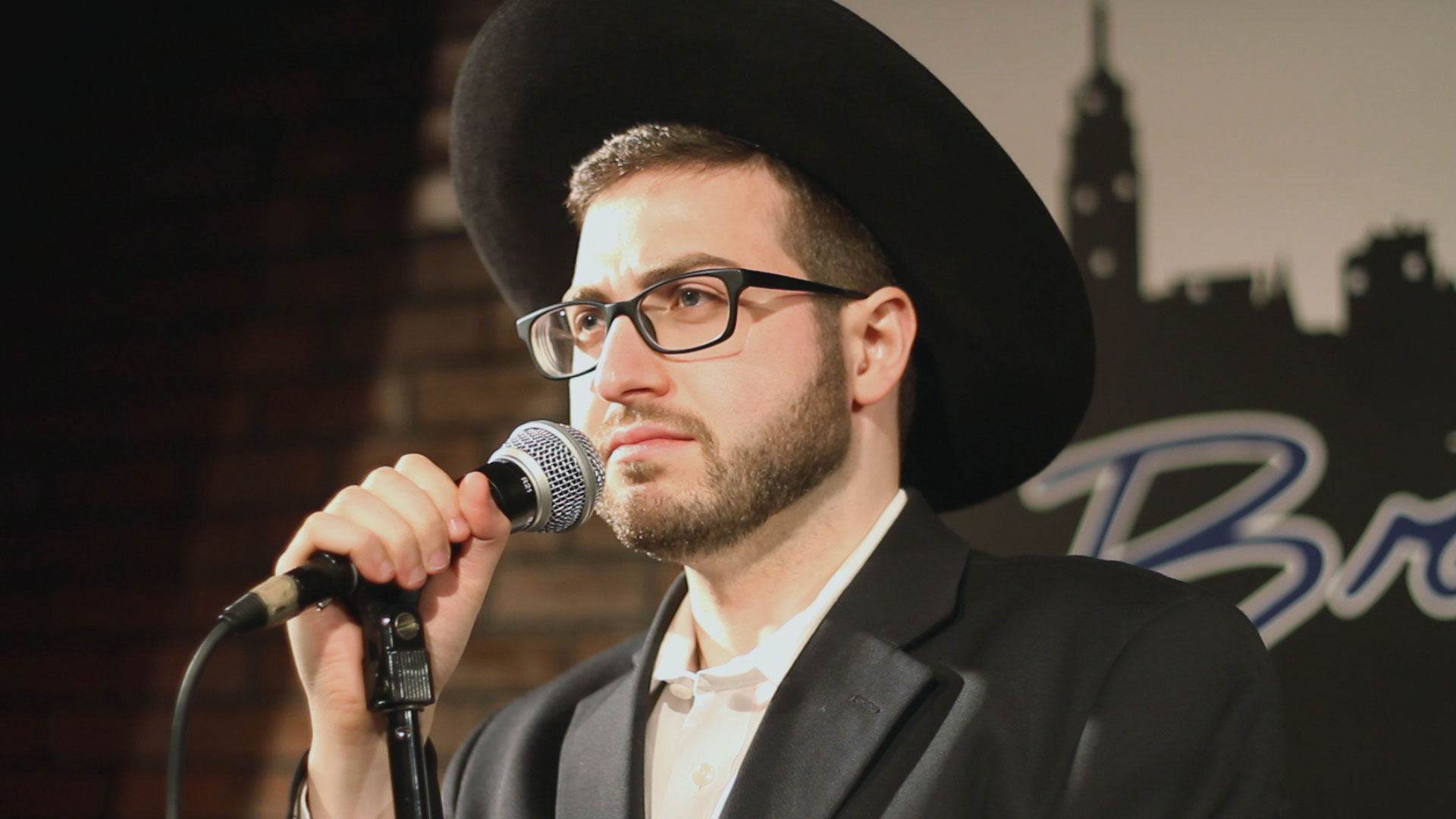 In the world of stand-up, sometimes it can seem like everyone has a gimmick. On first blush, David Finklestein—the lead subject in today’s featured film—definitely fits that description: an ultra-Orthodox Jew comic. Oy vey! Try the salmon!

But, as is clear by Jonathan Miller’s simple but effective profile doc, Finklestein isn’t a gimmick comic. Rather, he’s a man attempting to find his place in the world—from his views on faith to his social awkwardness—using jokes as the compass to navigate the unknown. And, so, Miller’s film is able to present a somewhat standard comedic premise—the fish-out-of-water tale of an unconventional upstart suddenly diving into a foreign world—and supplant it with a level of character depth and resonance that allows it to expand beyond the high-level punchline.

Even as a Jew myself, Jewish Orthodoxy has always fascinated me, from its rigidity to its interpretation of the faith to the cloistered way its society functions. A Jew Walks into the Bar taps into that inherent interest while also portraying an authentic look at the current climate and culture of stand-up comedy. It might be a bit shaggy in length and feature less-than-stellar production values, but the “person on the street” aesthetic enables the filmmakers to really get close to their subjects in a way that pristine visuals wouldn’t.

As there are so many short docs being made today, we often debate on Short of the Week what elevates one for our curation. A lot of it comes down to the intangible interest of their protagonist. And, well, David is engaging and likeable. He’s also a solid comedian: dry and neurotic. It’s compelling to watch him naively fumble his way through an environment that is so diametrically opposed to the one in which he was raised. Beyond that, though, on a more relatable level, the film also focuses on David’s anxiety and how he is using comedy as a tool to overcome it.

“We set out to make the Hoop Dreams of stand up comedy, a film that would explore the dream of thousands through an intimate look at the trials of a few aspirants. Many comedy documentaries revolve around interviews with established icons, but we hoped to track David’s transformation through poignant vignettes over an extended period of time. This approach allowed us to witness his profound transformation, and understand how his jokes emerged from the complex circumstances of his life.”

In addition to this piece, David also appears in a feature-length documentary that Miller directed called Standing Up that follows three very different aspiring comedians. The feature length doc is available on Amazon and iTunes.