A tribute to the last truly glamorous star left in Hollywood: Sandie "The Goddess Bunny" Crisp.
READ REVIEW
Next Previous 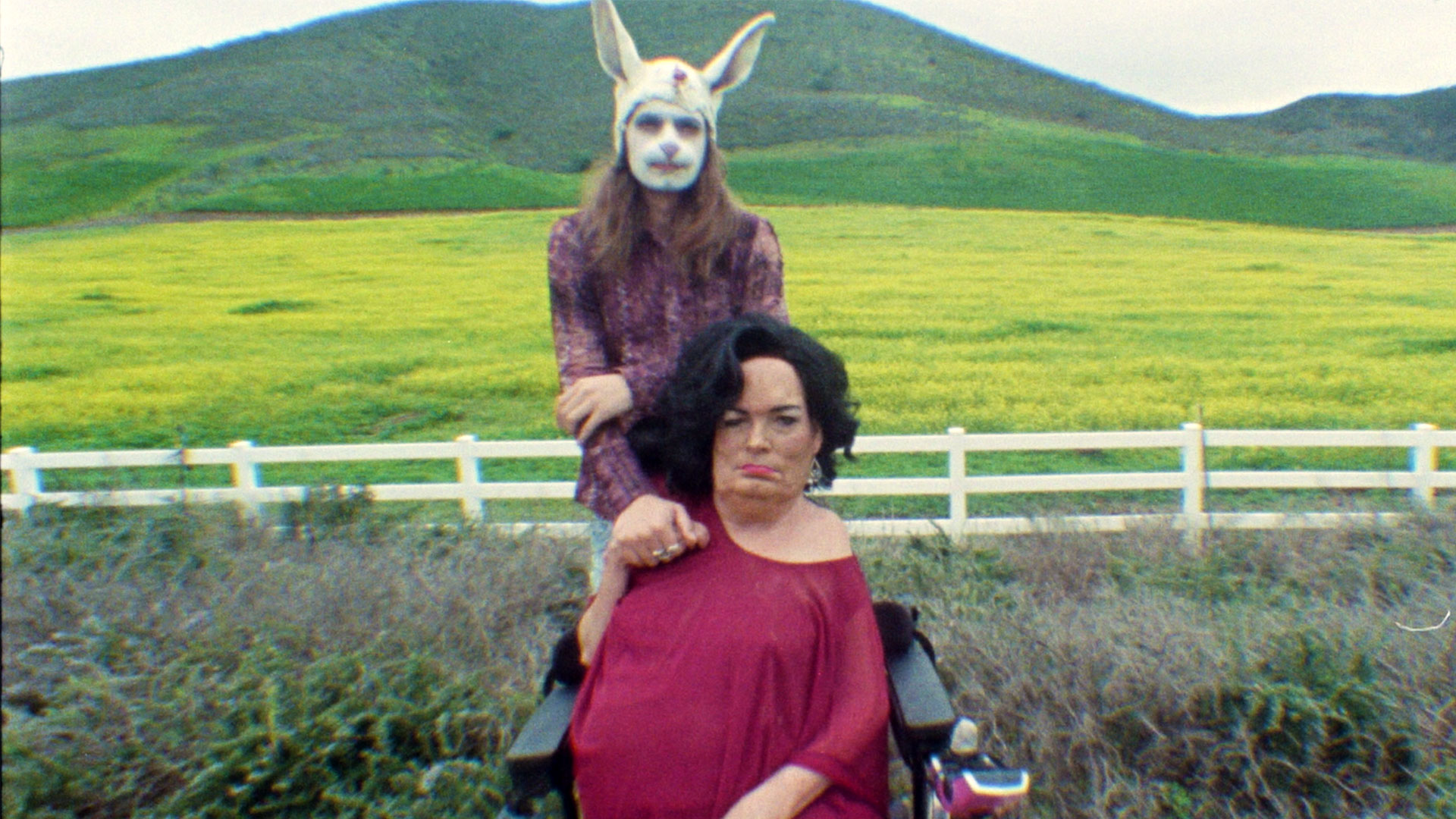 If the rubric for judging a good profile documentary is how authentically it represents its subject, Bunny is, quite simply, a superlative example of the form. Has there ever been a profile doc that so perfectly captures the very essence of its protagonist as this? It’s scrappy and unorthodox, yet full of heart—a tribute to the one and only Sandie “The Goddess Bunny” Crisp, underground disabled trans art superstar.

The Goddess Bunny’s history is a mixture of legend and reality that have become so deeply intertwined with one another it’s hard to determine where one starts and one ends. It’s a deeply American tale—a punk rock mythology, complete with fantastical origin (born on top of a Ferris wheel) and strewn with misfortune (disease, abuse). It’s a story as unique as the subject herself, told to us via monotone slam poetry from one of the Goddess’s adopted “sons,” the film’s co-director Hunter Ray Barker.

In a portrait doc landscape saturated by sameness, it’s fitting that the Goddess’s story would break the mold with such captivating strangeness. As a curator, I often tend to be distanced by the avant-garde, finding that in an effort to break from convention a film can also lose it’s emotional core in the process. In more blunt terms, “weird to be weird.” Not so here. Via a combination of reenactment and archival video we get something that is wholly unique in presentation. And, despite it’s uncanny aesthetic, directors Hunter Ray Barker and Tucker Tripp end up producing something that is oddly comforting: a story about finding love and community. For a woman who is unapologetic and proudly uncivil, the Goddess’s legacy is, ultimately, one of sweetness and love.

The Goddess’s story has been told before. Beyond her Hollywood credentials (she’s appeared in numerous films and made an iconic appearance in Marilyn Manson’s The Dope Show music video), she was the subject of a 1998 documentary called The Goddess Bunny, directed by Nick Bougas. There’s also this terrific Vice article. But, in hearing this story via  the voice of one of her adopated sons, Bunny, as a short, becomes a panegyric—less about the strict facts and more about the essence she evokes as a person from the mouths of those who worship her.

Playing both Fantastic Fest and garnering a Vimeo Staff Pick, Bunny the film, like the person it so enthusiastically exalts, is incapable of being classified and impossible to forget.